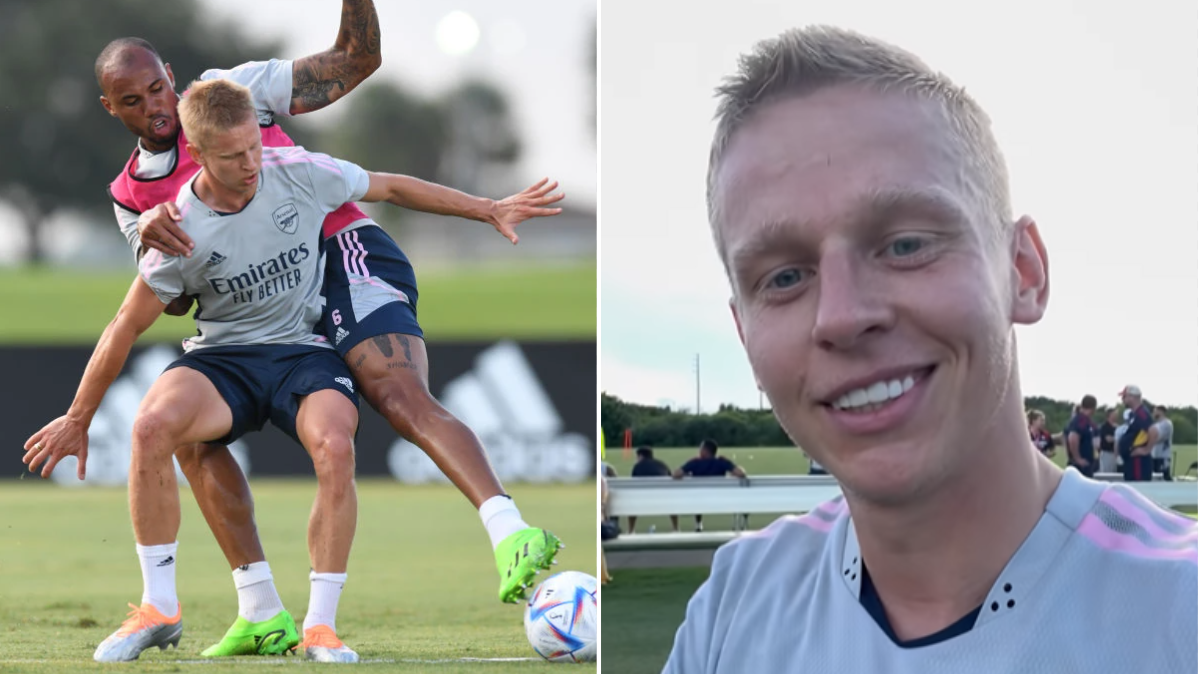 Oleksandr Zinchenko trained with his new Arsenal teammates for the first time ahead of the upcoming friendly against Chelsea.

The former Manchester City star watched the win over Orlando City from the stands alongside Arsenal’s technical director earlier this week and is now in contention to make his debut after completing the formalities of his move on Friday.

Zinchenko was put through is paces by Arsenal manager Mikel Arteta and afterwards he would be wearing the No.35 which previously belonged to th elikes of Mohamed Elneny and Gabriel Martinelli.

In a message to Arsenal fans on Instagram, Zinchenko said: ‘Hello Gooners, I just finished my first session. So happy to be here with the lads, I will be your No.35, see you soon.’

Zinchenko represents the second player to swap the Premier League champions for Arsenal this summer after Gabriel Jesus was persuaded to join Mikel Arteta’s rebuilding project earlier in the window.

Edu is delighted with the club’s latest capture and is confident Zinchenko’s winning mentality, as much as his talent, will ensure he proves a shrewd addition.

‘I’m very pleased to see how we’re working as a team here in the club. We put a plan together and some plans in place and Zinchenko was on the list,’ he said.

‘It’s important to have these important guys in the squad, because we have a very exciting future to put the club in the right way. For that, for sure we need good characters, good guys and someone who has a big personality as well to help us to be there.

‘Zinchenko has exactly what we need because Mikel has worked with him before and they know each other very well.

‘That of course helps us to make the decisions because sometimes you can have a very good player, but sometimes they don’t have the mentality that we are looking for. That’s something we have to be really careful about.

‘So that’s why Zinchenko was the one who ticked the box of what we were really looking for.’