Ole Gunnar Solskjaer is hoping Jadon Sancho favours a move to Manchester United over Chelsea. The battle between the Premier League duo for the Borussia Dortmund superstar looks set to be the saga of the summer. He is valued at £120million by the Bundesliga giants.

Sancho is one of the hottest prospects in the game after contributing 30 goals and 38 assists in 78 appearances for Dortmund over the last two seasons.

A return to the Premier League appears to be on the cards for the former Manchester City winger, who was born in London and was a boyhood Chelsea fan.

The personal relationships Sancho has could prove crucial to choosing his next club, however.

And the Evening Standard report that Solskjaer is hoping the 20-year-old’s friendship with Marcus Rashford will give his club the edge over Chelsea. 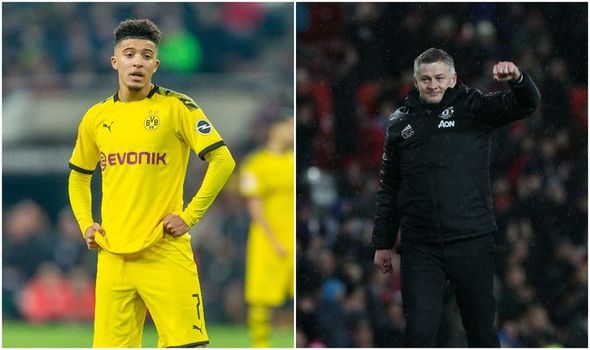 Rashford has gone public about his wish for Sancho to join him at Old Trafford.

“It obviously would be good, Sancho’s a great player, a new generation player,” he said. “It’s definitely exciting to watch him become the player he’s becoming.

“Hopefully we can all play together that would be good.

“He plays off the cuff, he’s creative, imaginative. I think they’re the things you need to do to be world class.”

Dortmund have admitted they will not stand in Sancho’s way if he wishes to leave when the 2019/20 campaign comes to an end.

Hans-Joachim Watzke, the club’s CEO, said: “Even before the coronavirus outbreak, we said that we prefer that Jadon stays with us.

“At the end of the day, however, you always have to respect what the player wants.”

Bayern Munich, Barcelona and Real Madrid have also been linked but Watzke says Dortmund will not drop their valuation of Sancho. 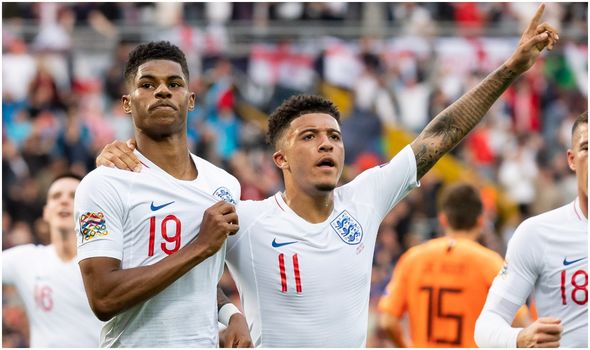 “I’ll say clearly say that even the very rich clubs shouldn’t believe that they can come here to snap up bargains,” he said.

“We don’t have to sell anyone for less than they’re worth.”

It is unknown when the transfer window will reopen due to the coronavirus pandemic that has brought professional football across the globe to a halt.

It traditionally opens for business once the season is completed, although the 2019/20 campaign might not be finished until late in the summer.