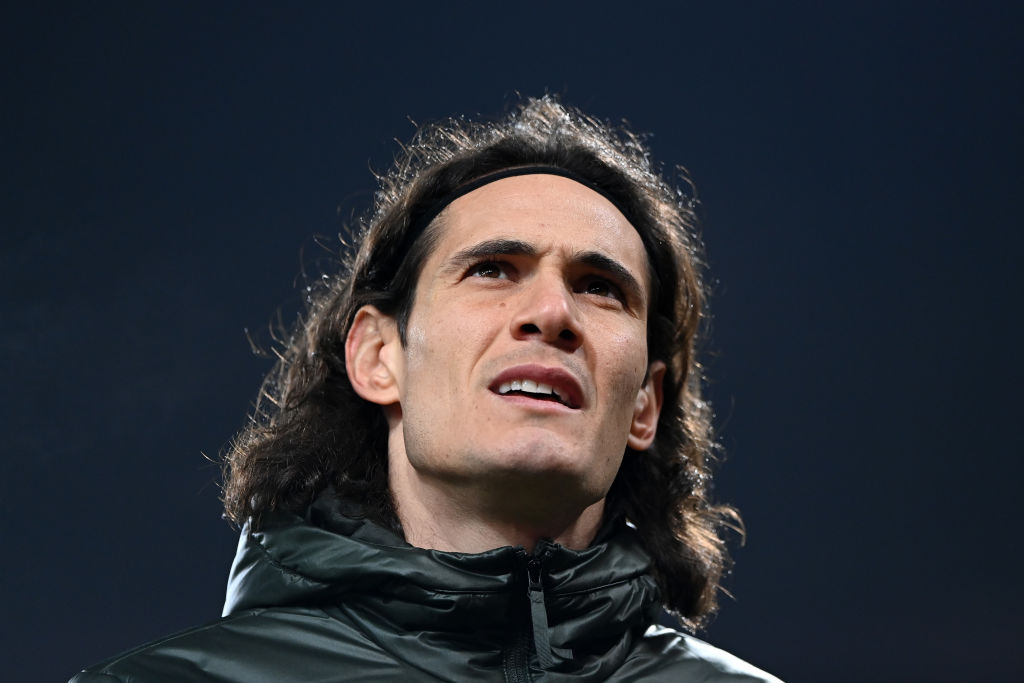 Ole Gunnar Solskjaer explained the need to combine pace with experience played a key factor in his decision to start Edinson Cavani in place of the out of sorts Anthony Martial in Saturday’s heavyweight clash against Arsenal.

The Uruguay international, signed on the final day of the summer transfer window, has largely been forced to play second fiddle to the Frenchman since his arrival from Paris Saint-Germain.

Martial enjoyed his most prolific campaign in a United shirt last term but has struggled to find his scoring touch in recent weeks and has managed only one goal in his last 10 appearances in all competitions.

Asked to explain his selection, Solskjaer said: ‘Fresh legs and of course fitness issues, but also this is a team we feel is going to cause Arsenal some trouble.

‘We feel we’ve got the mix between the pace and the experience. I hope we’re going to have a good performance.

‘Midfield is always important against Arsenal, you need to control the game, it’s a place where we traditionally have counter-attacks so we need to get men forward.

‘But with Edinson there we want to get crosses in and that’s something we’ve worked on for tonight so hopefully we can see some of them.’

Reacting to Solskjaer’s selection, Gary Neville admitted he expected Cavani to feature on a more regular basis from now on, particularly in the bigger matches.

He said: ‘I think this will be now more of a permanent change in that best XI is that Cavani will come in up top.

‘I think he’s proved himself over a month or so he’s been knocking on the door he’s been playing in the midweek games, coming on in some of the bigger games and he’ll make that spot his own.’