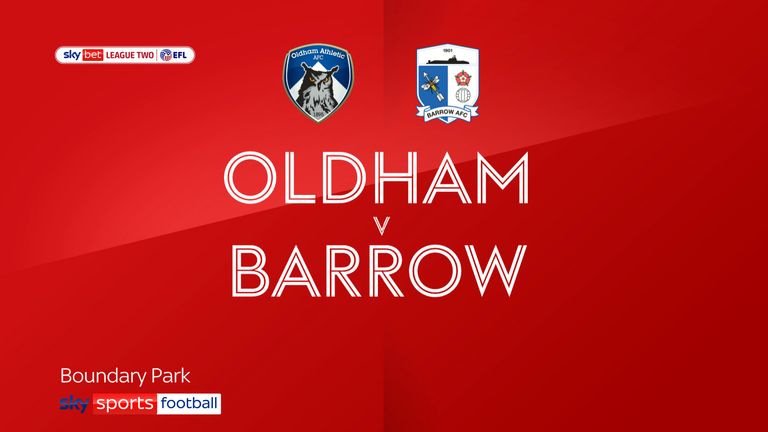 Days after Michael Jolley’s departure, Scott Quigley was the Bluebirds’ hero as he smashed home a 90th-minute winner to lift his side out of the relegation zone.

Oldham went close early on when a powerful strike from Conor McAleny was well saved by goalkeeper Joel Dixon.

Kelly’s men then threatened when Quigley forced Oldham keeper Ian Lawlor into a smart flying save.

Shortly before the break, McAleny neatly turned inside Barrow defender Neal Eardley before smashing a shot narrowly past a post.

Oldham’s German midfielder Marcel Hilssner saw a deflected shot saved by an alert Dixon early in the second half.

At the other end, Quigley cracked in a 25-yard shot that struck the crossbar, bounced down, then hit the bar again before being cleared.

Lawlor then dived at full-length to keep out Ollie Banks’ low free-kick, before Quigley pounced after meeting Jamie Devitt’s pass.