Celtic host Rangers in the first Old Firm meeting of the season on Saturday. Here, Sky Sports News reporter Charles Paterson previews what will be a very different derby…

No supporters – no atmosphere

These words have often been used to describe the uniqueness of the Old Firm game but this weekend, even those familiar with the fixture will experience something new.

The prospect of Celtic and Rangers meeting competitively inside an empty stadium was once unfathomable. On Saturday, it will become reality.

On derby day in Glasgow, it’s usually impossible to hear properly, let alone think clearly, as the cacophony of the supporters reverberates around the stadium. Unfortunately, the only sounds to be heard at Celtic Park will be the animated shouts of players on the pitch and staff on the touchline. 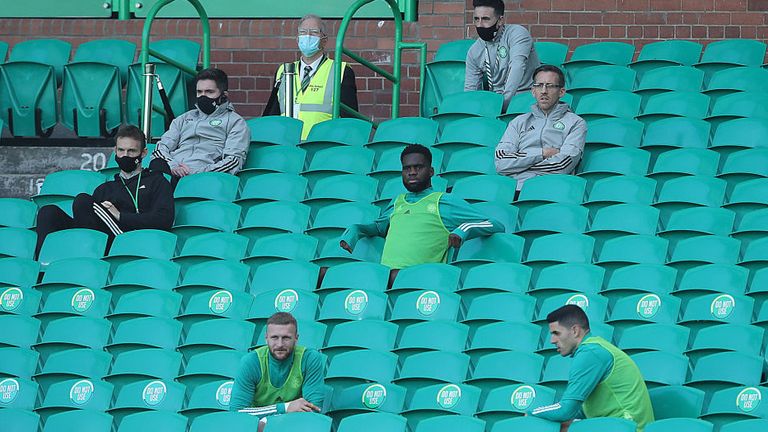 This game was scheduled later than normal in the fixture calendar by the SPFL to offer the possibility of some supporters attending, but the tightening of lockdown rules in recent weeks by the Scottish Government mean the game will be played behind closed doors.

Successful pilot events held at Aberdeen and Ross County raised hopes that supporters might have returned to stadia in limited numbers by now, but the increase in positive cases around the country has dashed hopes for the foreseeable future. Scottish football’s authorities have recently begun to apply pressure on the Scottish Government urging them to reconsider, arguing that the decision to keep supporters locked out is a political one, rather than a move based on science and health advice.

Regardless of this dispute, the colour, passion and spectacle that is an essential part of arguably the fiercest rivalry in world football will not be on display on this occasion.

“It’s a huge ingredient that’s going to be missing,” said Celtic manager Neil Lennon in build-up. “There’s no doubt the players will miss the noise and the edge that these games bring.”

Could this unique situation help the visitors? Rangers winger Ryan Kent doesn’t envisage many issues. “It’ll certainly be different – the fans make this fixture,” he said. “But I still feel the intensity and the aggressiveness of the game to still be there.”

In April 1994, Rangers banned Celtic supporters from Ibrox after accusing them of damaging parts of the ground – that game ended in a 1-1 draw – but Saturday will be the first time in living memory that neither fanbase has been in attendance.

The absence of supporters, and the living restrictions currently in place in Scotland’s “central belt”, have inadvertently created a debate about where fans will be when the game kicks off, and how they will watch it.

The match is exclusively live on Sky Sports Main Event and Sky Sports Football from 11.30am on Saturday, and most supporters across the country will settle down to watch the action in their own homes.

Households in Glasgow and across central Scotland are banned from mixing to prevent the spread of the virus, while bars, pubs and restaurants are shut, and the SPFL and Scottish Government have urged supporters not to congregate to watch the game, as they might ordinarily do.

Since private homes are the only place locally to watch the game, the possibility of travelling across the border to watch in bars in England has been mooted – either to Cumbria or Northumberland, or even further afield. The authorities there are aware of potential problems.

“We understand restrictions on licensed premises in Scotland might offer the temptation to travel south of the border to visit our pubs and bars – but anybody breaching rules here does face a fine,” said Supt Matt Kennerley of Cumbria Police.

“We would like licensees to be aware of this and to think carefully about their responsibilities and the rules in place to protect everyone.” 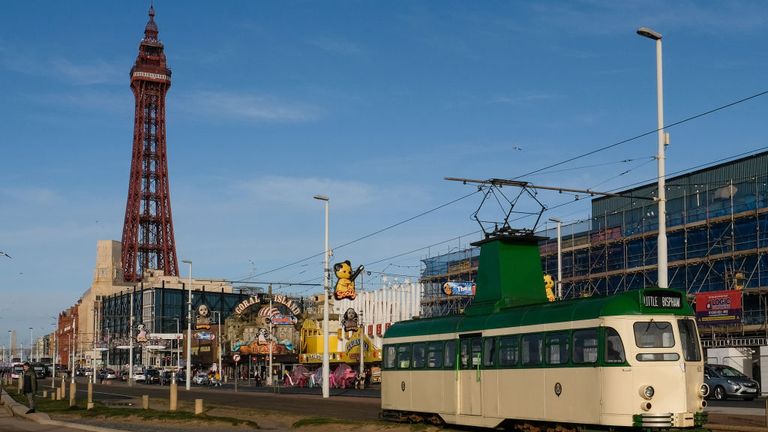 Blackpool has been a favourite holiday destination for generations of Glaswegians, but many of the bars normally frequented by visitors won’t be opening their doors on Saturday – and the idea has received short shrift from the authorities.

“I’ve got to say my heart sank when I heard this,” said Dr Gregor Smith, the interim Chief Medical Officer.

“We now have several hundred cases in Scotland associated with travel to Blackpool in particular, so when I started to see reports of trips being planned to that area, all I could see was an exceptional risk to people undertaking that journey.”

“If you were thinking about going to Blackpool and haven’t booked, please do not go. Please do not travel to Blackpool this weekend to see the Old Firm match,” First Minister Nicola Sturgeon has said.

“Even more specifically, because we know this is an issue and I want to be very clear about this – do not travel to Blackpool this weekend to watch the Old Firm match in a pub.”

“It would be entirely irresponsible of fans to drive south to watch the game in licensed premises there. We very much hope that people watch the game in their own homes – it’s a cheaper and absolutely safer way to do so,” said SPFL chief executive Neil Doncaster.

What of Police Scotland – so often out in force on days such as these – and their plans to keep the peace before and after the game? It seems they are appealing to people to use some common sense.

“The Chief Constable has made it clear that we are asking people to take personal responsibility to do the right thing and remember the purpose of these measures is to aid the collective effort to stay safe, protect others and save lives by preventing the virus from spreading,” said Superintendent Stevie Dolan.

“Our officers will continue to engage with the public, explain the legislation and guidance and encourage compliance. We will use enforcement as a last resort only where there is a clear breach of the legislation.”

The concept of being unable to watch the game with fellow supporters and family members will be difficult to swallow for many, but authorities hope the risk of a long-term lockout will dissuade the majority from breaking the rules.

Reports of players contracting Covid-19 and others being forced to isolate are now so commonplace, they’ve almost ceased to be stories, but in the last week Celtic have felt the full effects of the virus on their squad.

Nir Bitton and Hatem Elhamed are both out after testing positive while on international duty with Israel, while star striker Odsonne Edouard is a major doubt – he tested positive with France U21s last week, and after completing his isolation may only be fit enough for the bench.

Ryan Christie is also missing, though he did not test positive. Instead, he was identified as a close contact of his positive Scotland teammate Stuart Armstrong, to the frustration of Lennon: “Certainly, from our perspective, it definitely could have been avoided. That’s one of the individual cases I’m not happy about.”

If there is anything to hearten Lennon, it is that Celtic come into the game off the back of eight successive wins in all competitions, and a win would put the champions two points clear at the top with a game in hand. Rangers have been unaffected up to now by the pandemic, and only have standard injury concerns to monitor. Joe Aribo and Kemar Roofe may not be fit enough to return, but Ryan Jack is back at full strength after starring for Scotland, while Borna Barisic recovered from a knock to play for Croatia this week.

They are yet to lose a game in any competition this season, and can call upon positive recent memories from Celtic Park; Gerrard’s side won 2-1 in December when the sides last met, Rangers’ first victory in the east end of Glasgow for nine years. With that hoodoo smashed, confidence will not be in short supply.

The first of four league encounters this season – pandemic permitting – will determine nothing bar bragging rights, but the result will certainly shape how both halves of the Old Firm will feel heading deep into the autumn, as they approach a packed fixture card both at home and abroad.

The unmissable match may be without that extra special something on Saturday, but the first Covid-affected Old Firm game will still be an engrossing experience.