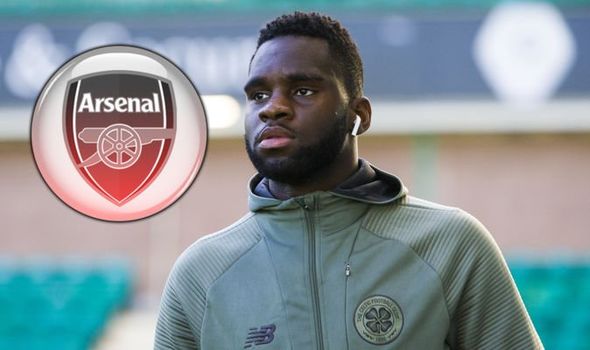 Celtic manager Neil Lennon insists he wants to hand Odsonne Edouard a new one-year extension to keep him out of Arsenal’s clutches, but admits there will “no question” be interest in him this summer. The Premier League giants have extensively scouted the striker this season and have been tipped to make a £30million bid in the coming months.

The France under-21 international has enjoyed an excellent season for the Scottish champions this term with 27 goals and 19 assists in 45 appearances as the Bhoys look to secure a fourth consecutive domestic treble.

Manchester United are also said to be keeping tabs on the striker, who is under contract at Parkhead until 2022 after joining in a club-record £9m deal from Paris Saint-Germain in the summer of 2018.

And Mikel Arteta has reportedly made the 22-year-old a target regardless of what happens with Pierre-Emerick Aubameyang’s future, with Edouard seemingly eyed as a player who can offer Arsenal something different through the middle.

Aubameyang only has a little over 12 months left on his contract while strike partner Alexandre Lacazette will enter the final two years of his deal from July and has attracted interest from Atletico Madrid. 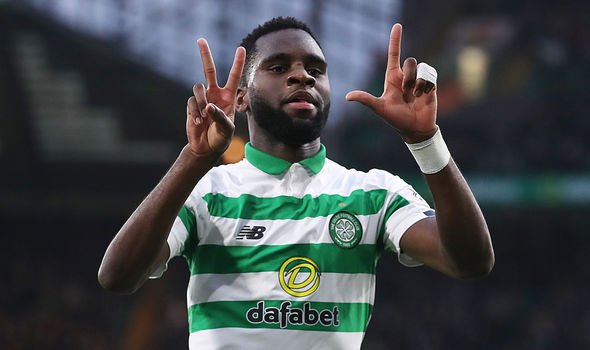 Celtic, meanwhile, are on the verge of clinching a ninth straight Scottish Premiership title – should the season resume after the coronavirus break – as they look to clinch an unprecedented 10 straight triumphs and close in on arch-rivals Rangers’ all-time record total of 54 successes.

And as such Lennon is hopeful that he can get Edouard to agree an extra 12-month extension which would seemingly offer the prolific Frenchman a pay raise in order to ward off interested clubs at least until the January transfer window.

“Ideally, we’d like to sit down with him,” the Northern Irishman told BBC Radio 5 Live on Monday.

“The landscape’s changed, there’s no question, from where we were a month ago, to now. It’s uncertain.

“So ideally, you’d like to keep your prized assets at least another year anyway and then if the market sort of regalvanizes itself we can look at it then.

“But no question there’s going to be interest in him. But ideally, we’ll tie him down for another year on top of what he has already and keep him here.

“The flip side of that is we could look at other clubs, who are maybe struggling, and maybe we could pinch a few ourselves that possibly we wouldn’t have been able to afford previously.”

Edouard has 60 goals and 31 assists in 126 games overall at Celtic and Hoops legend Chris Sutton thinks the ex-PSG trainee is worth around £40m – which would smash the current Scottish transfer record by £15m.

He told the Daily Record: “With every passing week, Edouard gets more and more impressive and he’s going to the very top. Anyone with a semblance of footballing sense can see that. 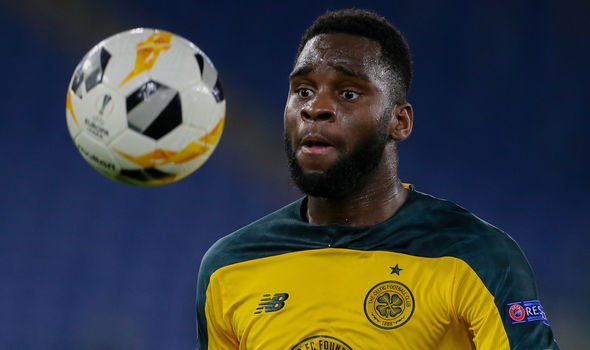 “Assessing some of the transfer fees which are being banded about for average players, the rate of inflation and the premium which is added to the cost for top-class strikers, I genuinely believe £40m is a realistic sales figure.

“I’ll get shot down for that, but why? Newcastle United paid £40m in the summer for Brazilian striker Joelinton after he scored 22 league goals in four years at Hoffenheim and Rapid Vienna.

“He’s never been capped beyond Under-17 level and he’s got two for the Magpies all season. No offence to the lad, but have you seen Joelinton play? Are you telling me he’s better than Edouard? Seriously?

“West Ham paid £45 million for Sebastian Haller, who has done little. These are the figures which are being spent and that puts the Celtic striker into that bracket easily.”