‘When a player goes and succeeds, it makes us happy’: Wolves boss Nuno Espirito Santo reveals delight at watching Diogo Jota excel at Liverpool and claims striker’s scintillating form is ‘no surprise’

Wanderers decided to sell the forward to the Premier League champions in a reported £41million deal in September.

Since arriving at Anfield, Jota has scored seven goals, with six of those coming in his last four appearances after his midweek hat-trick against Atalanta in the Champions League. 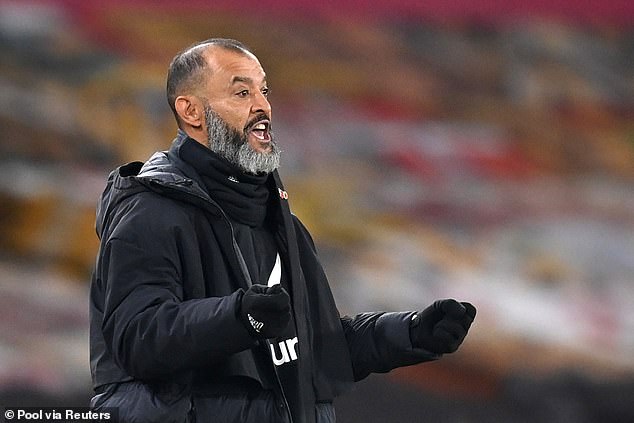 Nuno insists there is no envy or bitterness on Wolves’ part with the Portuguese pleased to see his compatriot and prodigy thriving at his new club.

‘We are very happy for Diogo,’ said Nuno, who also worked with the 23-year-old for one season at Porto.

‘He is enjoying his football, enjoying his momentum, he is doing amazing for Liverpool. I think (Liverpool manager, Jurgen) Klopp is really happy with him.

‘For us, we worked together for four seasons and when a player goes and succeeds, it makes us happy.

‘In the case of Diogo it’s not a surprise. Diogo loves the game, he is committed, he lives for football, he plays and watches all the games. 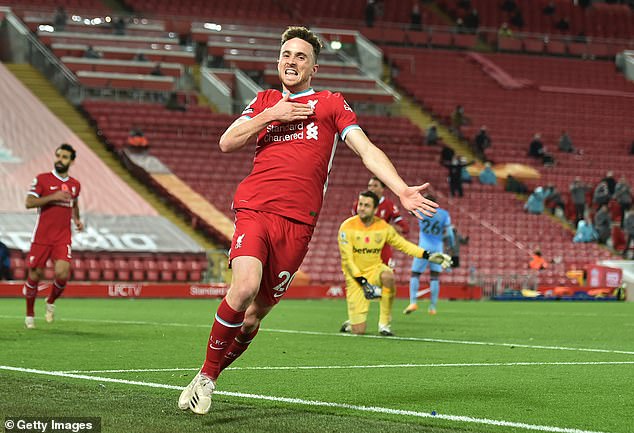 Since arriving at Anfield, Jota has scored seven goals – with six coming in his last four outings 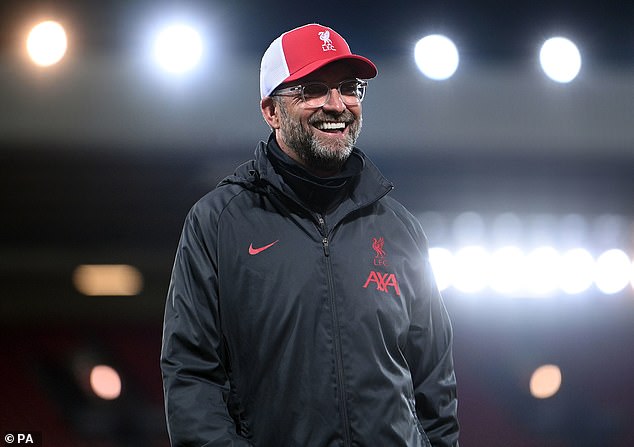 ‘I am really happy for Diogo and I hope he continues and enjoys it game by game. It’s a joy to see him smile.’

Meanwhile, Wolves resume their Premier League campaign against Leicester at the King Power Stadium on Sunday.

Nuno has been impressed with the Foxes – who heading into this weekend’s round of fixtures are second in the table – and he is looking forward to the challenge after what will be nine days since Wolves’ last game.

‘Leicester is a fantastic team and you can see from their previous game, even yesterday against Braga, how well they play. Brendan Rodgers is an amazing manager and they are doing well and we expect a very tough match on Sunday,’ said Nuno.

‘It will be a very tough match but we want to play, we want to compete. We last played Friday, last Friday, it has been so long ago that we are delighted to get back and compete.’