Newcastle United chiefs should replace Steve Bruce as soon as the takeover is complete because it is “inevitable” the Toon boss will be sacked at some point, says Liverpool legend Jamie Carragher. PCP Capital Partners, backed by the Public Investment Fund of Saudi Arabia, are close to completing their purchase of Newcastle after a £300million deal was agreed last week.

Carragher understands the view of some who think a current boss deserves a chance to show new owners what he can do.

“I think everyone in football, when something like this happens, feels like the guy who’s already there should be given a crack of the whip,” Carragher told Sky Sports.

“[Bruce has] been managing under financial constraints with [Mike] Ashley, not the only manager but lots of managers before, and I think he’s done a really good job under difficult circumstances.”

However, Carragher says it is natural for new owners to want to bring in their own manager.

JUST IN: Barcelona and Real Madrid ‘will come knocking’ for one Manchester United star 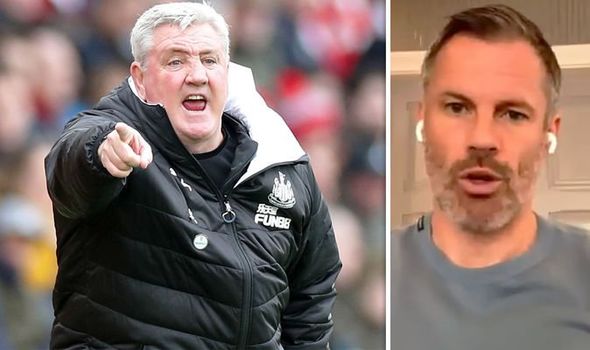 But he believes if that is the case, then they should replace Bruce as soon as possible rather than give him funds to buy players and then sack him shortly after.

“If you look back at Man City, I think new owners are very aware of not upsetting the apple cart and causing headlines by changing the manager straight away,” Carragher continued.

“But I think Mark Hughes stayed in the job for around six months at Man City and it was inevitable at some stage it would change.

“I don’t think I’m being unfair on Steve Bruce when I say it’s inevitable a manager – maybe who’s got a better CV or who’s won the Champions League if this is how high Newcastle are thinking – will eventually come into that job.

“If you’re the new owner of that club, rather than give the man who’s not your man, a man who’s probably not universally loved by the Newcastle fans – rightly or wrongly – would you give him £200m or £300m in that first summer or first season, even if you weren’t fully committed that he was going to be your man going forward.

“Is he then bringing in the players that you or maybe the next manager feel that could take the club forward?

“You don’t want to be changing seven or eight players each season. 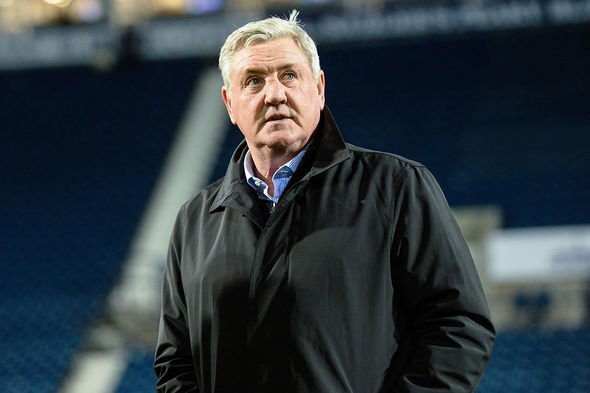 “Yes, you don’t want to see managers go but I think any manager or any supporter, if a new owner comes in you have to accept he may want to bring his own man in. So that may make it difficult for Steve Bruce.

“You don’t want to keep him there to appease people to not get a negative reaction.

“If you think he’s the right man, back him massively, but if not, make that change.

“It’s your club, you’ve come in and you’re calling the shots.”