Newcastle are making plans for another season under the ownership of Mike Ashley with a £300million takeover attempt stalling. The Premier League are standing alongside their major £500m overseas TV rights holder beIN Sports, according to the Mirror.

Last week the TV channel was permanently banned by a Saudi court from broadcasting in the country.

That has exacerbated the takeover turmoil as the judgement comes in direct contradiction to Premier League chief executive Richard Masters.

He had said in June that the Saudis had to ‘respond positively to the situation and allow sports rights holders to protect their rights’.

Massive UK sport exports such as Wimbledon, the ECB and the FA, all massive UK exports, are all worried they have been illegally banned from broadcast in Saudi Arabia, via beIN. 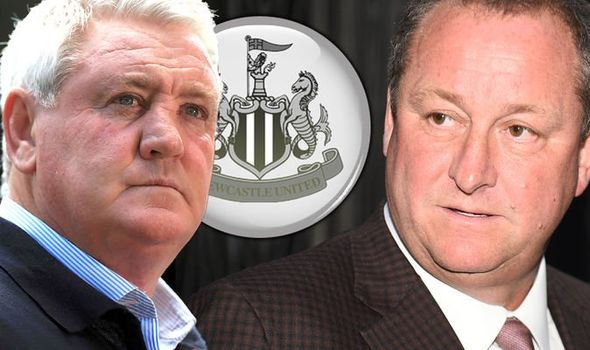 This has caused concern to the Department of Trade as a proposed takeover of Newcastle rumbles on.

The consortium trying to take control of the Magpies is led by Crown Prince Mohammed bin Salman.

A change of approach is now expected to be needed if they want to pass the owners and directors test with the Premier League delaying any approval.

Current Newcastle boss Steve Bruce is desperate for the takeover to go through which has now been going on for months.

He exclaimed: “I’ve said many times now we need some clarity on it and to see what the decision is.

“Up until that time I’ll just go to work, see the CEO at the end of the week and plan for the summer and what we can do with what we have.