Newcastle United’s struggles this season continued in embarrassing fashion on Tuesday evening as the Magpies were beaten by basement boys Sheffield United. Veteran striker Billy Sharp’s second-half penalty proved to be the difference between the two sides as the Bramall Lane club claimed their first Premier League victory of the season.

The result threatens to pile even more pressure onto the shoulders of Newcastle manager Steve Bruce, as the experienced boss continues to oversee an increasingly poor season at the club.

The Magpies have struggled throughout the campaign amid the impact of the Covid-19 pandemic, with an outbreak in November rendering a number of players unavailable for selection.

After the club had recovered, optimism was high in Newcastle that Bruce’s side could reach the Carabao Cup semi-finals with victory over Championship side Brentford, but they suffered a surprise defeat which amped up calls for owner Mike Ashley to end the manager’s tenure.

Their latest setback at the hands of Sheffield United has done little to improve Bruce’s reputation among the club’s fanbase.

Supporters on Twitter expressed their fury after the final whistle on Tuesday, with the general consensus on Bruce now seemingly at an all-time low. 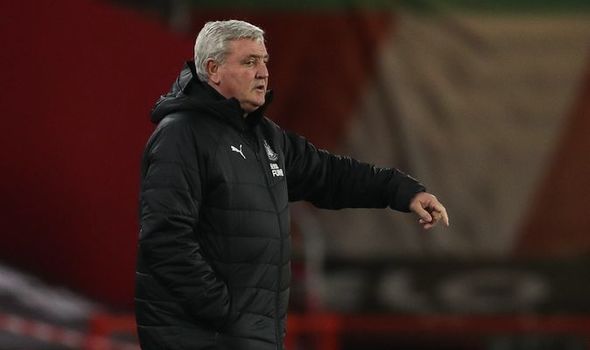 “Today is up there with the worst ever. Bruce is a bottler. He will relegate us,” said another.

A third supporter did not mince their words: “If Steve Bruce has any respect for this club and the fan base he will walk after tonight.

“Shocking performance and both himself and the players should be embarrassed by the way they have let this club and its loyal support down yet again. No excuses for tonight.”

“Get him out,” a fourth urged. “This isn’t over the top hysterics from keyboard warriors, this is lifelong fans who have never seen anything like tonight’s game of football.” 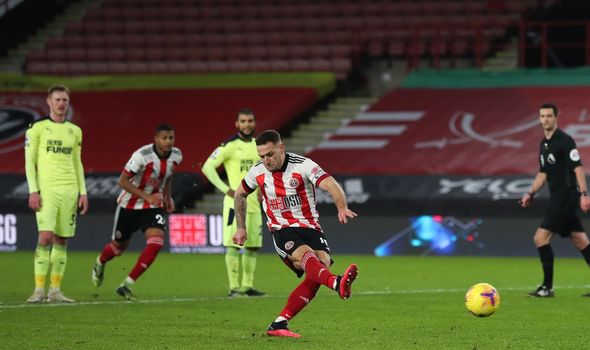 A fifth fan suggested that Ashley needs to take action immediately: “If this man is not sacked in the next 24 hours then there is sadly nowhere for this club to go.”

However, another was even stronger in their assessment, claiming: “If he still keeps his job after this then I hope we go down.”

“Enough is enough, he has to go and has to go now,” wrote a different angry supporter. “We cannot continue with Steve Bruce as manager, his position has become untenable.”

Meanwhile, the sentiments of Newcastle fans were summed up expertly by one commenter, who simply posted: “Bye bye Bruce.”

The 60-year-old will need to inspire his side to strong results against the likes of Arsenal, Everton and Southampton in the upcoming weeks if he is to stand any chance of winning over the Magpies support.