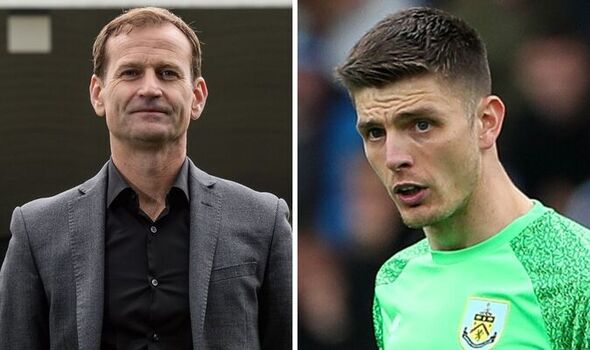 Newcastle have now reportedly ‘agreed a fee’ with Burnley to sign Nick Pope with a deal set to be announced later this week. Dan Ashworth was appointed as Newcastle’s sporting director at the start of the month and has already begun working on the club’s transfer priorities for the summer window.

Altering the club’s goalkeeping department appeared to be top of his list and Pope was their No 1 target. According to The Athletic, Newcastle have now reached an agreement with Burnley on a fee to sign the England international.

It is claimed that a deal should be ‘completed by the end of the week’ and will become Ashworth’s first signing since taking over as the club’s new sporting director. Martin Dubravka has been Newcastle’s first-choice goalkeeper ever since moving to St James’ Park in 2018.

His place was threatened by Karl Darlow two seasons ago after the Slovakian suffered a long-term injury. But Pope’s arrival is set to force changes in the goalkeeping department with Freddie Woodman already set to leave for Preston.

Darlow has also attracted attention from Middlesbrough and it’s been suggested the 31-year-old will look to leave for regular football. Pope will join Newcastle after spending six years at Burnley, where he was twice named as the club’s player of the year.

We’ll be bringing you the very latest updates, pictures, and video on this breaking news story.

For the latest news and breaking news visit:/sport

Stay up to date with all the big headlines, pictures, analysis, opinion, and video on the stories that matter to you.