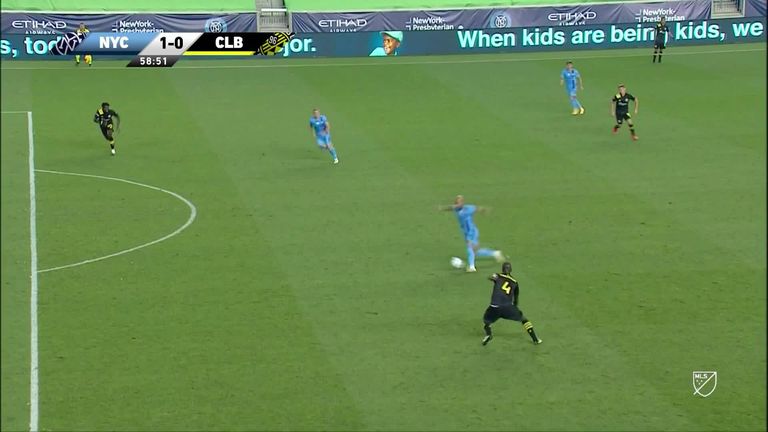 Alex Ring’s goal on the hour inflicted a first defeat of the new season on Columbus Crew as they were beaten 1-0 at New York City.

Ring capitalised on a horrible defensive mix-up by Aboubacar Keita, whose ill-advised square ball to defensive team-mate Jonathan Mensah allowed Heber to intercept and slide in his captain for a simple finish.

Jesus Medina came close to doubling the hosts’ advantage within minutes following another moment of poor defending, but a heavy touch stopped him being able to get a shot away.

Columbus had already seen a first-half goal from Gyasi Zardes chalked off for an offside in the build-up, while Pedro Santos could have netted a late equaliser but saw his effort kept out by New York goalkeeper Sean Johnson eight minutes from time.