Gary Neville has spent his weekend off switching football commentary for netball as he appeared on a live stream for Manchester Thunder’s match against London Pulse.

The Sky Sports pundit has used his time off to head down to the Belle Vue Sports Village in the city to watch Salford’s youth team in action with firs-team domestic football sides in FA Cup action this weekend.

Netball is a integral part of the Neville family with twin and younger sister Tracey a former England international and head coach, and Gary was brought in to do some co-commentary with main commentator Debbie Hallas during a live stream of the match on Thunder’s YouTube channel. 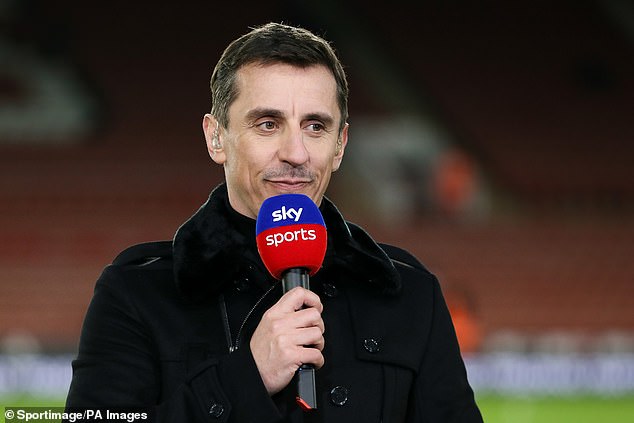 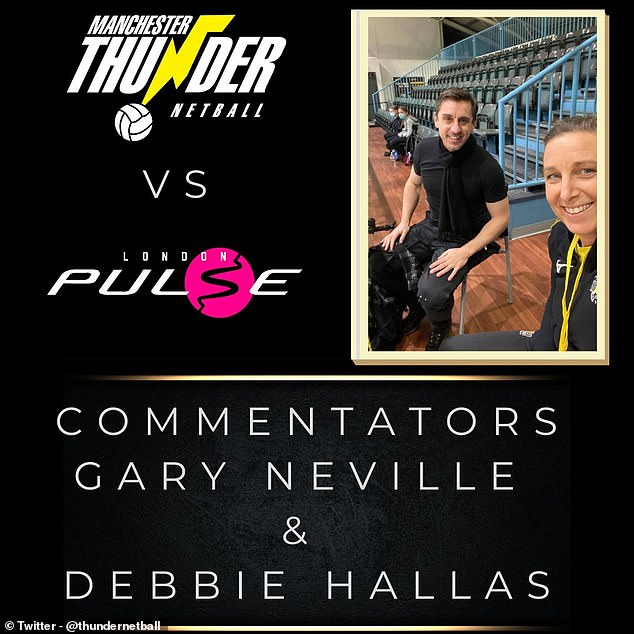 ‘You just grabbed me, kidnapped me and brought me inside to do some co-commentary on netball, which I’m very happy to do actually because there’s nothing going on at home,’ Neville told Hallas.

And while refusing to give his verdict on the game despite knowing the rules of the sport, Gary may have let something slip in commentary regarding Tracey’s next move as he enjoyed a mix of light-hearted and serious conversation with Hallas.

‘Can you tell me what Tracey is doing over there sat on the bench, what is she up to?’ a chuckling Neville asked. 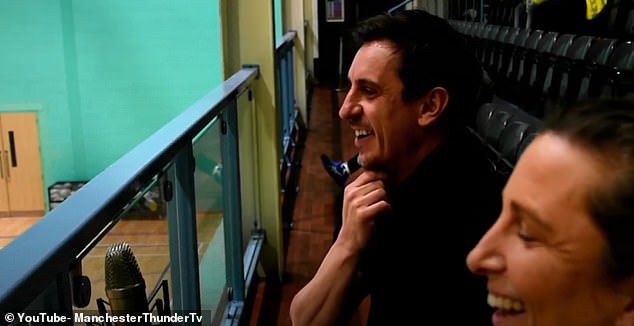 ‘I couldn’t possibly say Gary, but you may see a little press release this week,’ Hallas replied.

‘Oh right sorry, have I just let something out of the bag,’ Neville replied. ‘Not like me to put my foot in it.’

Tracey is currently an ambassador for Vitality but has not taken on a coaching job since coaching England to a bronze medal at the 2019 Netball World Cup and taking a step back to start a family.

The more serious conversations centred around the £1.7million loans put forward by the Government’s Digital, Culture, Media and Sport Committee in November to the Netball SuperLeague as part of their £300m winter sport survival package. 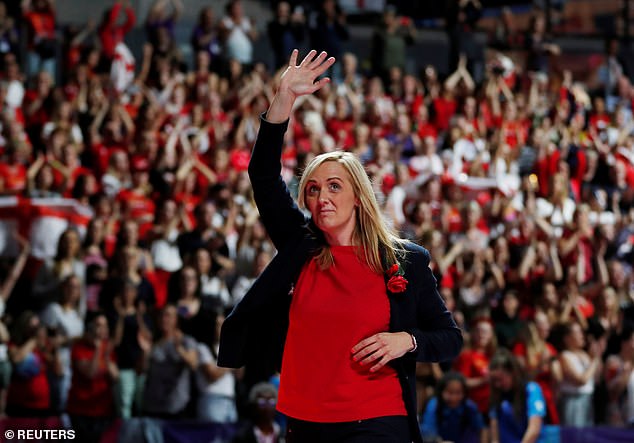 ‘It is absolutely ridiculous that the DCMS would put loans forward that you have to pay back.

‘When you think about the participation levels and the inspiration netball is giving to so many hundreds of thousands of people in the country.

If you think about it at a high level, do you believe every young person in this country should be able to have access to a sport facility to be able to play sport for their mental health and wellbeing? Absolutely. 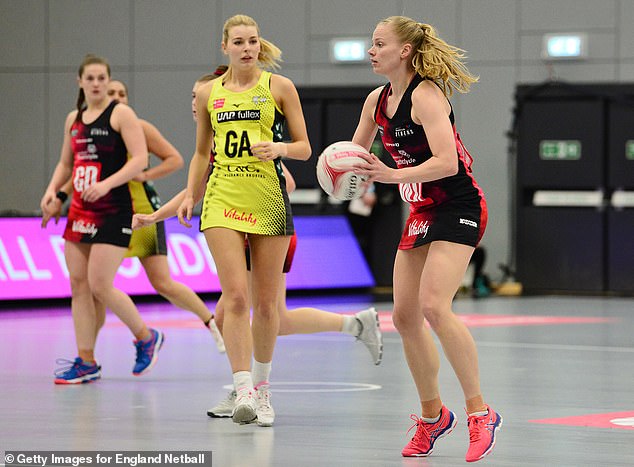 Neville criticised the Government for the £1.7m given to netball being in the form of loans

‘If you don’t believe that, you end up where we did 25 years ago selling up all the sports facilities and sports fields and believing that everyone should pay for everything.

‘We have the NHS and education, sport should form part of that solution. Unfortunately we have never had a government that has put sport where it should be, because it is a national passion.’

Neville also revealed his excitement ahead of Manchester United’s FA Cup tie against Watford, with Ole Gunnar Solskjaer’s men looking to bounce back from their midweek Carabao Cup semi-final exit at the hands of Manchester City. 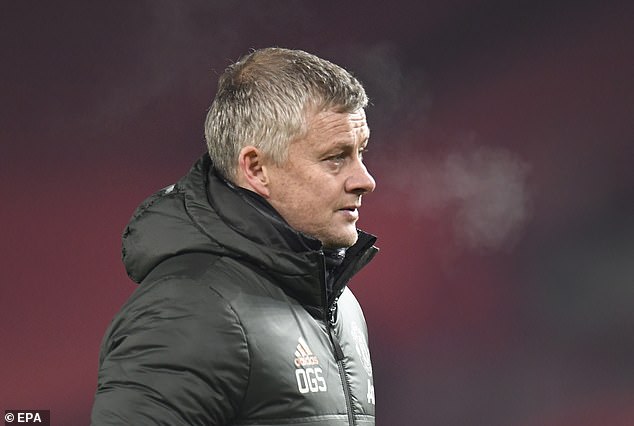