‘I feel a little sorry for Marc’: Manuel Neuer sympathises with Barcelona goalkeeper and Germany team-mate Ter Stegen after Bayern Munich hammering in the Champions League

Ter Stegen was unable to stop the Bayern Munich onslaught as the relentless German placed themselves firmly as the favourites to win the competition with an 8-2 win over the Spaniards.

Neuer did not have a great deal to do at the other end of the pitch, and admitted he felt for his compatriot, but insisted that Friday night’s result does not have an impact on the national team. 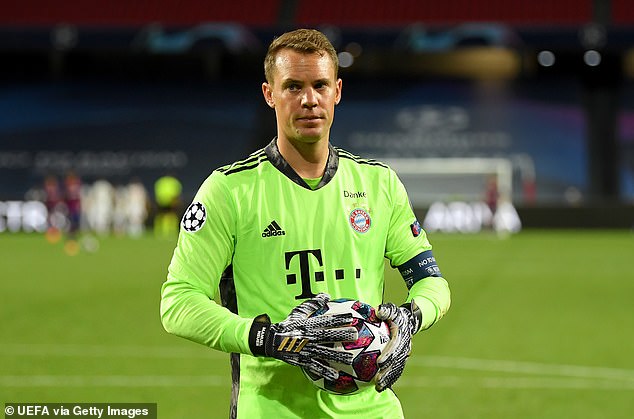 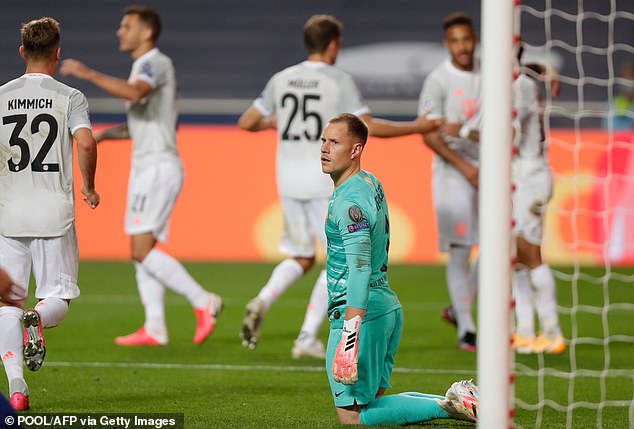 The two goalkeepers have battled it out for the No 1 spot for Germany, with Neuer holding onto the gloves for the most part, and the Bayern Munich stopper shared his thoughts on his rival.

‘I feel a little sorry for Marc. I know that something like this is not easy for a goalkeeper,’ Neuer told Sky channel. ‘But we were playing the Champions League and this has nothing to do with the national team.’

The pair had engaged in a verbal exchange last September, as ter Stegen went public to express his frustrations at not being given a chance as Germany’s No 1. 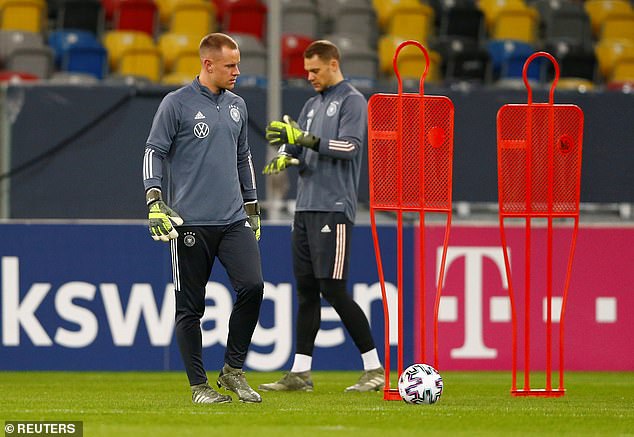 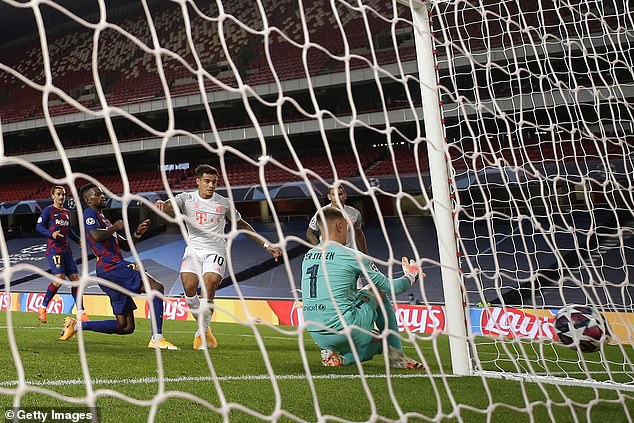 ‘It’s not easy to find an explanation for what I am experiencing,’ he said after being left on the bench for the recent matches against the Netherlands and Northern Ireland. ‘I am still trying everything, but this trip with Germany was a tough blow for me.’

Neuer responded by calling for the team to be united, saying: ‘We have great goalkeepers. We have Kevin Trapp, Bernd Leno… these are all great goalkeepers who also want to play and then sit on the bench.

Those comments had angered the Barcelona keeper who responded with: ‘I don’t think it is up to Manuel to express an opinion on my feelings. Everyone has seen how I have conducted myself over the last few years.’