The Red Devils repeatedly shot themselves in the foot at the King Power Stadium on Saturday as Brendan Rodgers’ men ran out 4-2 victors in a chaotic end to an entertaining encounter.

Marcus Rashford pulled United level but Jamie Vardy put the Foxes back ahead within a minute and Patson Daka struck in stoppage time to heap pressure on Solskjaer and his players.

“Of course we are disappointed, everyone is sad,” United midfielder Matic said. ”Everyone is with the head down at the moment.

“But when you play for Man United if you don’t win the game of course you’re disappointed.

“It’s going to be also hard had so, yeah, we are very disappointed but I think in the future we will show that we are much better than this.”

Matic said Leicester deserved to win after a match that compounded the home loss to Aston Villa and Old Trafford draw with Everton.

But the two-time Premier League winner said they remain in the title hunt after a loss that left him apologising to the travelling fans.

“We are really sorry for them,” Matic said. “They support us, especially away, I have to say, they’re top. They deserve much, much better than this.

“I’m sure that we will try to do our best to make them happy in the future.

“We have 14 points, we are still in the title race, we don’t want to give up until the end.”

United host Atalanta in the Champions League on Wednesday before rivals Liverpool head to Old Trafford for a crunch Premier League clash next Sunday.

“Every game, every next game is the most important,” Matic told MUTV.

“Every next game is a new challenge and opportunity to show your qualities.

While United nurse their wounds, Leicester are buoyed by an impressive end to a rocky patch as they prepare for a midweek trip to Spartak Moscow in the Europa League.

Daka certainly heads into that fixture with renewed belief after scoring his first goal since joining from RB Salzburg in the summer.

“It meant so much to me for my confidence, and it’s something that I’ve been looking forward to,” the Zambia international told LCFC TV. 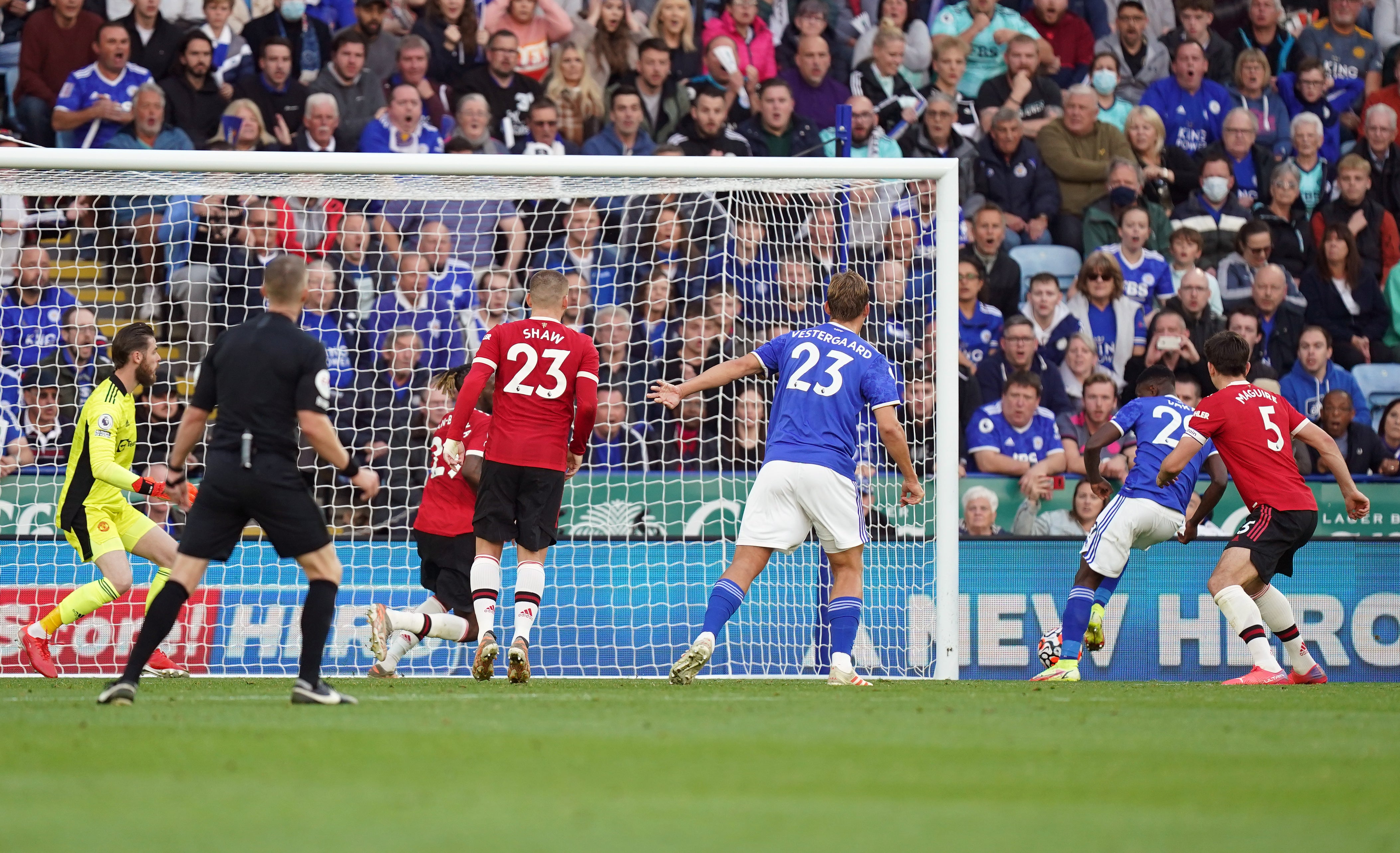 “It still feels like a dream, and I don’t want to wake up. I’m just so excited and happy that I got to open my scoring account with this club, and I look forward to many more.

“I was just praying that I shouldn’t make any mistake, because it’s so crazy. I had to concentrate fully and I managed to score, which was very important.

“It was really important for me, for my confidence, but also for the team.

“It was a very crazy game, very intense against a tough opponents, and it’s all because of the support that I received from my team-mates, from the coaching staff and everyone at the club, including the fans.

“To get the goal, it gives me an extra boost for my confidence.”