Manchester United are chasing their first Premier League title since 2013 – but achieving such success would not be a new experience for every member of their squad. Nemanja Matic has two winners’ medals from his time at Chelsea and is quick to remind his current team-mates.

He is now chasing a hat-trick with Ole Gunnar Solskjaer’s side emerging as title contenders in an unpredictable campaign.

Back-up goalkeeper Lee Grant has now revealed that Matic taunts his team-mates with pictures of his mini Premier League trophy. 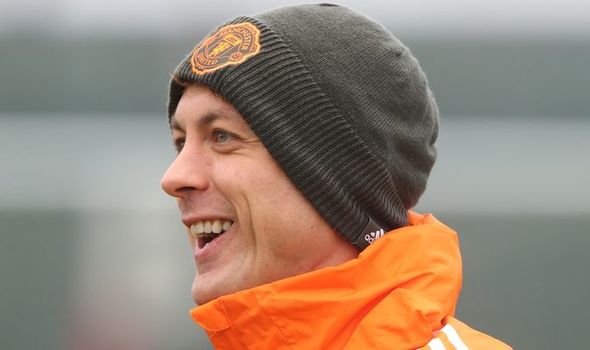 And he regularly asks his team-mates to ensure he adds another to his collection as he aims to inspire them to a historic success under Solskjaer’s guidance.

Grant told The Athletic: “I love speaking to Nemanja Matic, who has been at the top of his profession for so long and has so many stories.

“Nemanja has already won the Premier League twice. And he reminds us constantly. He sends a photo to our group chat of his mini Premier League trophy. ‘Any chance, lads, this year? Come on, I need another one’.”

David de Gea is the only remaining member of United’s last title-winning team.

The Red Devils were dealt a blow with a defeat to Sheffield United in midweek but return to action against Arsenal hoping to get back on track.

Solskjaer this week admitted consistency will be key as he pointed to Manchester City as the side “running away” with that aspect of the title race.

“The champions will be the ones that play the best football consistently and at the moment Man City are running away with that consistency,” Solskjaer said. “They’re going through a very good period but that might change, who knows. 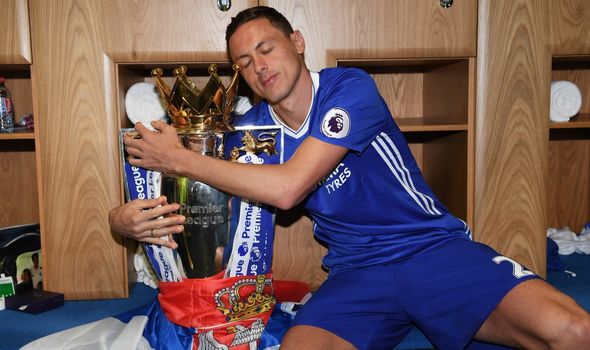 “It is an unpredictable season, it’s going to be inconsistent. It’s also because of the quick turnaround in games and if you’re having a bad week suddenly you lose three games. If you have a good week you win three games and that moves you up or down the table so quickly.

“It’s important not to overreact or quickly make decisions. Sometimes you make decisions emotionally, leave players out or put players in. You might make more wrong than good decisions.

“I think everyone now, with the year we’ve had with the world, would understand the situation everyone is in.”