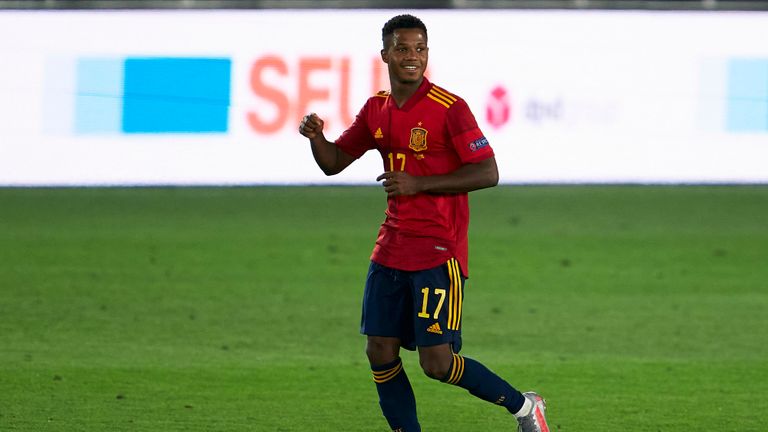 Spain forward Ansu Fati became the national team’s youngest ever goalscorer as the 17-year-old inspired Luis Enrique’s side to a resounding 4-0 win at home to Ukraine in the UEFA Nations League on Sunday.

Spain captain Sergio Ramos scored the opening goal with a penalty in the third minute after Fati had earned the spot-kick and the defender also doubled his side’s advantage by heading home in the 29th minute.

Fati had been threatening to score from the off and finally got a goal worthy of his inspirational performance by firing in off the post from outside the area in the 33rd minute, having gone close with an overhead kick and another effort earlier on. Substitute Ferran Torres, 20, struck on the volley in the 84th minute to also get his first goal for his country and round off a victory which took Spain top of League A Group 4 with four points from two games. Germany are still waiting for their first Nations League win after they gave a tired performance and were held to a 1-1 draw by Switzerland on Sunday.

Ilkay Gundogan gave Joachim Low’s side the perfect start when he scored a clinical goal in the 14th minute but Silvan Widmer earned their smaller neighbours a deserved draw with an equaliser just before the hour. 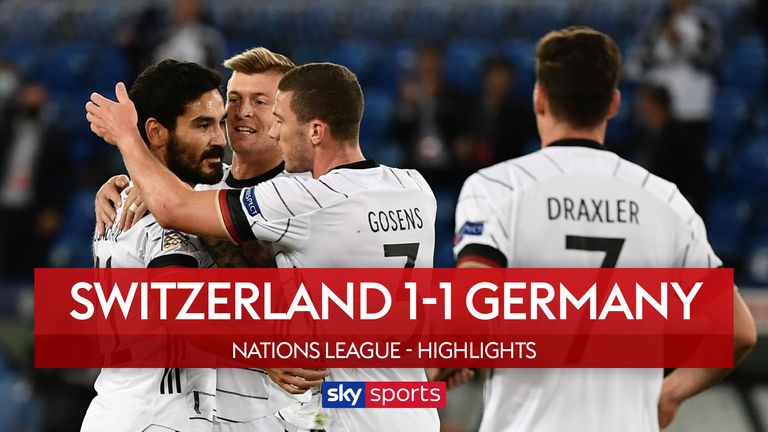 In the end, Germany may have been grateful for the draw in the League A Group 4 game as the much livelier hosts created the better chances.

Germany failed to win any of their four games in the inaugural Nations League two years ago and have drawn their opening two games this time around. Switzerland have one point after losing their opener to Ukraine.

Elsewhere, Russia earned a narrow 3-2 victory in a close-fought match with Hungary in group B3. In the same group, Serbia and Turkey played out a goalless draw.