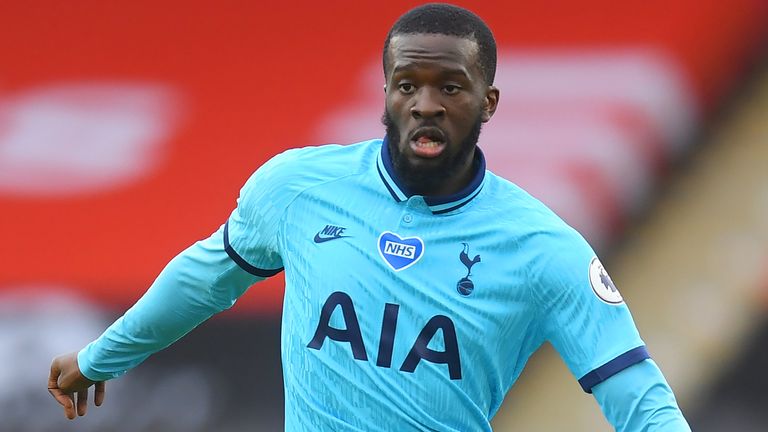 Moussa Sissoko says he is confident Tottenham team-mate Tanguy Ndombele will be a success at the club, despite a tricky start to his time in north London.

There have been suggestions Ndombele – Spurs’ £63m club-record signing last summer – is unsettled, with the midfielder playing just 19 minutes since the Premier League restarted.

Jose Mourinho has downplayed those reports, and Sissoko, his team-mate for club and country, has backed the 23-year-old to show how people how good he can be.

“Maybe because I am like his big brother, I am a good example because nothing was easy for me at the beginning,” Sissoko told The Guardian.

“Tanguy’s first season has not been easy for a lot of reasons, but I speak with him nearly every day. I play with him in the national team, so I know him very well.

“I told him just to stay calm, keep working every day and his time will come. I just worked very hard at training [when times were tough at Spurs] and things changed. “We all believe in Tanguy’s quality. He has come to another country, another culture, another style of football, another league, he doesn’t speak the language – so there are a lot of things.