Jose Mourinho aims ANOTHER dig at Jurgen Klopp before his Tottenham side host Liverpool as he insists Reds boss gets away with touchline antics in a way he never did: ‘When I didn’t behave well I paid the price’

Jose Mourinho claims match officials and football’s disciplinary chiefs have gone soft on the aggressive conduct of managers on the touchline.

The Tottenham boss says rivals such as Jurgen Klopp are escaping unpunished from the sort of outbursts that used to see him clobbered with bans and heavy fines.

‘When I didn’t behave well I paid the price,’ said Mourinho, as he prepared for Thursday’s visit of Klopp’s Liverpool to Tottenham. 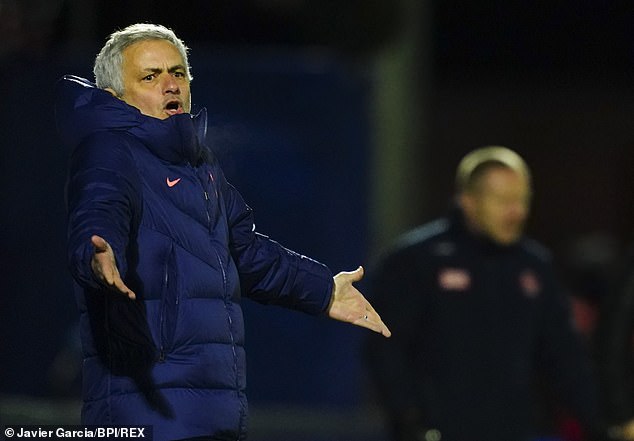 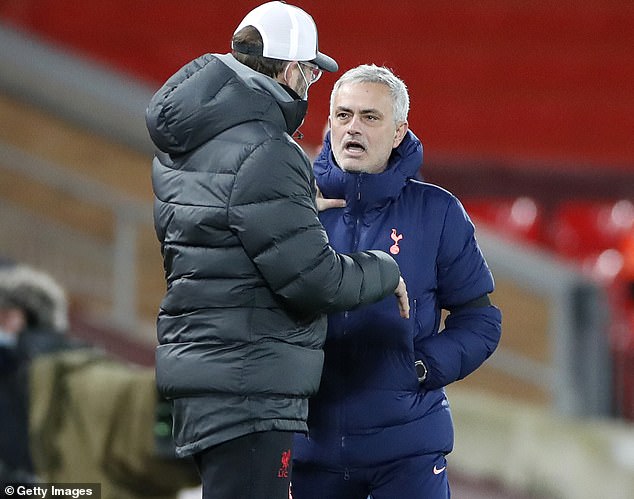 ‘One price was to see matches on TV in the dressing room and another price was big-money fines. For some of the other guys, it doesn’t happen the same.’

Mourinho was a fiery touchline presence when he arrived at Chelsea from Porto in 2004, regularly in trouble with referees and often hauled before disciplinary bodies to explain his behaviour.

He has simmered down and, having celebrated his 58th birthday on Tuesday, believes he is a better manager with a clearer mind to make decisions.

‘The calmer I am, the better I can read the game,’ said Mourinho.‘I felt I had to change my behaviour. I cannot speak for other guys.’

Mourinho was infuriated by Klopp’s exuberant antics at Anfield in December, when Spurs lost 2-1 to a Roberto Firmino goal in the 90th minute.

‘The referees let him behave the way he does,’ he tutted at the time, and former Chelsea boss Frank Lampard and Burnley manager Sean Dyche have also been annoyed by things said and done in the Liverpool technical area. 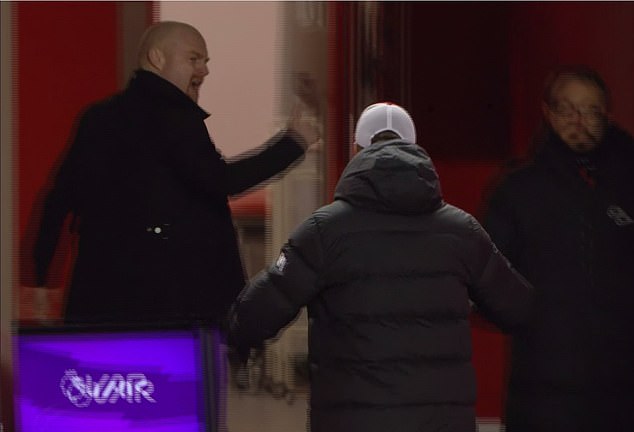 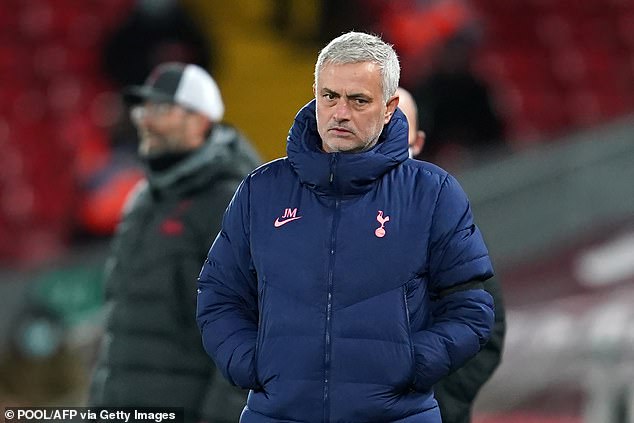 The champions have only won once in six league games since beating Mourinho’s team in mid-December and will slip behind Tottenham if they lose in north London. But Mourinho said: ‘For me, they are an amazing team and they can still win the Premier League.’

The Spurs boss has a selection issue at left back. Sergio Reguilon has suffered a slight hamstring injury in training, Ben Davies limped off against Wycombe on Monday and Matt Doherty missed the FA Cup game with an injury.

Dele Alli also remains out and Mourinho said he did not expect him to leave the club before the transfer window closes next week. 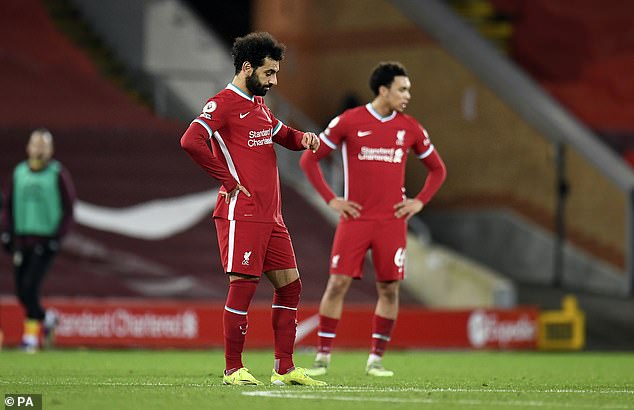