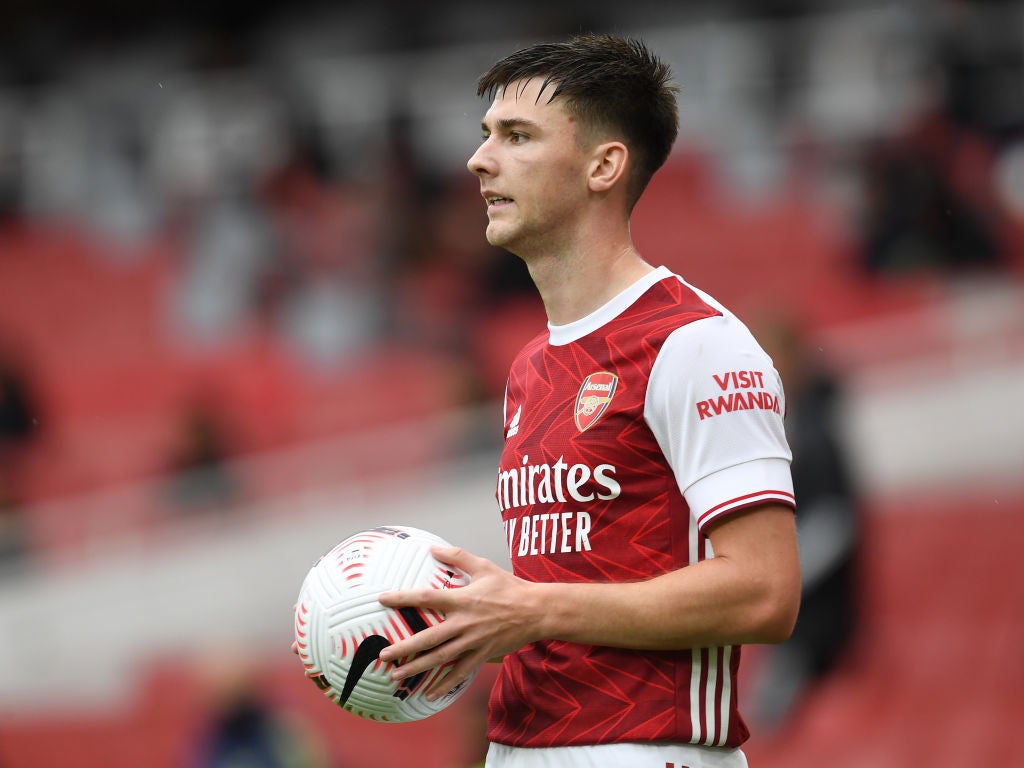 But, as talks remain ongoing to release Tierney from his period of self-isolation, Arteta remains hopeful the full-back can feature at the Etihad Stadium this weekend.

“We are still having some discussions with the authorities,” the Arsenal boss said.

“This is getting very complicated when you are sending players abroad and obviously you lose control.

“Some authorities have different regulations to the actual ones in the Premier League.”

The number of positive Covid-19 tests has increased during the international break, with the Republic of Ireland squad hit by a number of enforced withdrawals while Portugal captain Cristiano Ronaldo was also a confirmed coronavirus case.

Hertha Berlin also revealed Matteo Guendouzi, a deadline day loan signing from Arsenal, is in self-isolation having returned from the France Under-21s squad and testing positive.

But Arteta believes it is important to keep international fixtures on the calendar with big tournaments around the corner.

“I think international football has to continue going because there are some competitions that have to happen,” he added.

“They were already delayed last summer and they have to take place because those organisations have to be sustainable and we all understand that.

“What we are asking is that we try to unify those protocols, rules to try to create a safe environment for our players.

“But as well protect the clubs because obviously the impact of having a few players out when we resume the Premier League is really big.”

Arteta was speaking to the media for the first time since Arsene Wenger, his former boss at Arsenal, released his autobiography.

The Frenchman was in charge of Arsenal for 22 years but has not been back to the club since his departure in May 2018 – although revealed he would like to return as a supporter when coronavirus regulations permit.

“I would like to see him back around us,” Arteta said of welcoming Wenger back to the Emirates Stadium

“He was a massive figure for me. He is someone I can still learn a lot of things off. I would like to have him closer to us.

“Obviously the actual environment hasn’t allowed us to do it, but I think he is a figure that has to be very present at what we do at this football club because he is, in my opinion, the one that had the vision and helped this club to evolve and the club it is today.”

Arteta also refused to be drawn on whether deadline day signing Thomas Partey will make his debut at Manchester City, given he is yet to train with his team-mates.

He also suggested William Saliba would not be departing on loan to the Sky Bet Championship after the club had looked into the possibility of getting the teenage defender some football away from the club.