Mikel Arteta has revealed that David Luiz decided to leave Arsenal following months of talks with the Gunners boss. The Brazilian will depart after two years at the club when his contract expires at the end of the season.

Luiz has made 73 appearances for Arsenal but a hamstring injury suffered in the recent win against Newcastle United looks set to ensure that he will not add to that figure in the remaining two matches.

The defender arrived from Premier League rivals Chelsea for a reported £8million in 2019.

Clubs across Europe, in MLS and in South America are believed to be interested in the 34-year-old.

Luiz has been a prominent figure during a disappointing season for Arteta’s side. The north Londoners are ninth in the top-flight and were beaten Europa League semi-finalists after being knocked out by former boss Unai Emery’s Villarreal.

They missed out on an all-Premier League final against Manchester United. 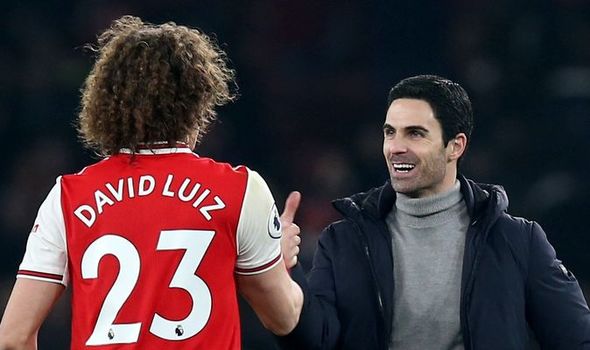 But Arteta has admitted that he will be sad to say goodbye to the former Paris Saint-Germain centre-back, who he claims decided to leave following long-term talks.

“It’s after a few conversations that we had, David and I,” Arteta said in his pre-Crystal Palace press conference. The Gunners visit Selhurst Park on Wednesday.

“We discussed this situation on different occasions and the other day we made the final decision on that.

“We have very clear talks in the last few months. He’s given his best. I tried to help him as much as I possibly could – the club as well.

“And after some conversations we decided that it was the best way to do it now.

“He’s a player who has won everything in football and has earned every right to do so through who he is as a player and as a person.

“I had the privilege to work with him for 18 months. I really enjoyed it. I think we got on really good. I think we had some great moments together.

“He’s been really helpful, someone who we really like and appreciate so much.

“So I say thank you to him and wish him the best of luck in his next chapter because I’m sure knowing David that he will have many more to come as a player and in the future somehow related to the game. 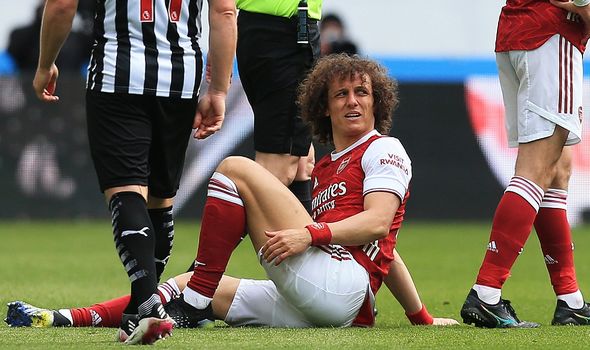 “When you get to know the person, his background, where he was raised in Brazil and what he’s done. To get to this point is remarkable.

“I’ve really enjoyed and learnt from him. He’s been very helpful every time with the team and I feel sadness as well because you get attached to the players emotionally. Again, I have to say thank you to him.”

Arsenal could face a mass exodus this summer, with at least five senior players expected to leave following a poor campaign.

However, one man Arteta expects to remain is Willian. The winger was signed following his release by Chelsea last summer but has struggled to make an impact. 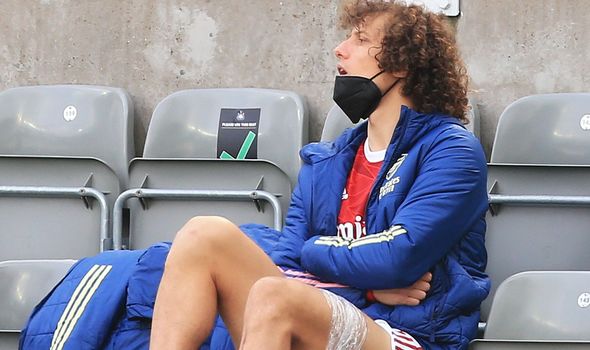 His only goal so far for the club came in Arsenal’s recent 3-1 win over West Brom but Willian still has two years remaining on his contract.

“First of all we signed a player with an incredible talent, a proven talent and performance level in this league, and this season has been difficult,” Arteta said about Willian.

“I take full responsibility because I have to be the one getting the best out of him and we had moments but not to the level that he did before.

“This is an assessment that we will do individually with the players and with Edu, the board and the ownership to make the right decisions for the future.

“Every player that is under contract is very likely to be here with us next season.”