‘I’ve lost my job but 1,000 people a day are dying. That’s what really matters’: Mick McCarthy opens up on being replaced by Stephen Kenny as Republic of Ireland boss, already missing football and preparing for the next opportunity

There was a time when Mick McCarthy thought football was straightforward —but it didn’t last very long.

‘Oh yeah, it’s easy at first, when you are young,’ he says. ‘Everyone says you are going to be a star.

‘It was like that for me at Barnsley when I was a kid. It was all nice things. My mum used to keep a scrapbook of it. Then I went to Manchester City, we reached the old First Division and suddenly it’s a completely different ball game.

‘I used to go and look at the newspaper and think, ‘Blimey I didn’t think I was that bad… especially when I was given a one out of 10 playing against Cyrille Regis. I think you get one just for turning up don’t you?

‘At that point I just realised that it wasn’t worth really worrying about it that much. I have been the same ever since. Mind you, I did catch that reporter in a bar once. He said, ‘Hey Mick, how are you?’. I said, ‘How am I? I will tell you how the hell I am… 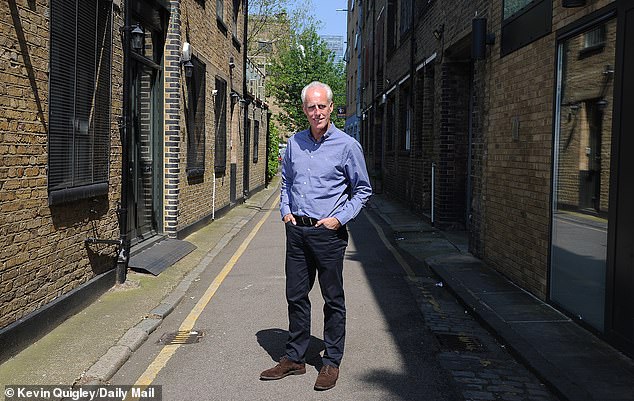 ‘This was about 20 years later so at least nobody can say I carry a grudge.’

McCarthy is laughing down the telephone. Laughing at himself. Laughing at the absurdity and complexity of a game that rarely gives you an easy ride.

Having taken the Republic of Ireland through qualifying for the European Championship, he was due to hand over the reins to Stephen Kenny at the back end of the summer. Third in their qualifying group, the Republic have a play-off to negotiate. But with the tournament now put back a year, McCarthy’s chance of another major finals with his country has gone. Kenny is in the job and McCarthy is out of work.

‘People say I am unlucky because coronavirus has coincided with my contract running out but I am not unlucky. People who are unlucky are in 10th-floor flats right now with three teenagers driving them mad and they can’t go out. I don’t feel hard done by, not one little bit. There are a thousand people a day dying. That’s what really matters.

‘The play-offs were initially pushed back to June and that was OK, still inside my contract, but once they went to September I just thought it was over for me.

‘I was disappointed I couldn’t finish what I started but I have no problem with it whatsoever. Having said that, I don’t want to be out of the game for long.’ 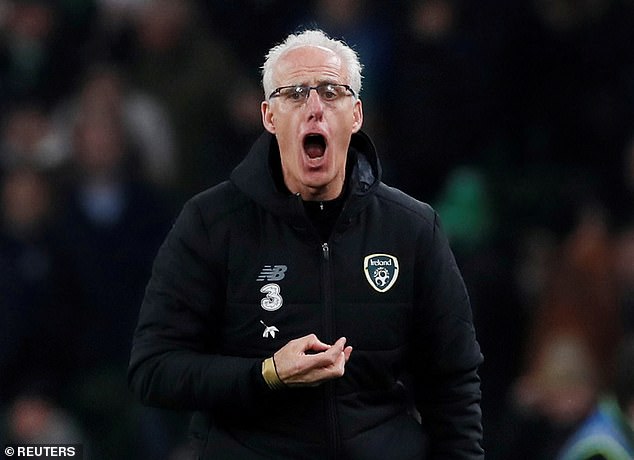 McCarthy misses football already. The longest he has ever been out of work is nine months but he knows it might be longer this time. ‘I haven’t managed a game since November 18 so it feels like a lifetime already,’ he said.

His current routine is similar to that of many. Isolating at home with his wife, Fiona, he is out on his bike every day. ‘I don’t know whether I will be the fittest bloke or the fattest by the time this is all over,’ he says. I burn about 2,000 calories on the bike but I go to the fridge four times a day and that’s about 2,500. When you are in the house it’s the same every day. Should we have a cup of tea? Go on then. A biscuit? Why not?’

McCarthy is 61 with an appetite for more than biscuits. He wants to work again; wants to reach the 1,000-game mark. ‘I am on 970-odd in total,’ he says. ‘The internationals count. I asked that question a while ago. I had heard they had to be top-flight or first-class games. 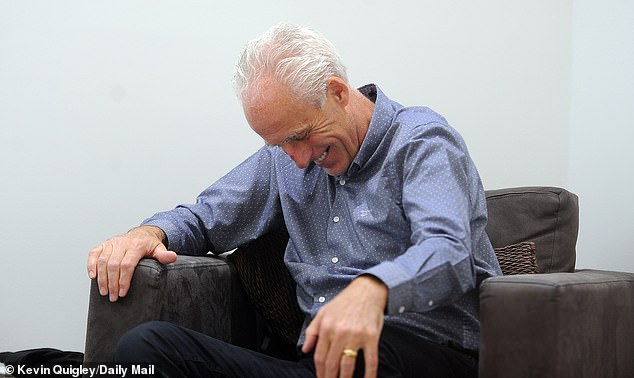 McCarthy had taken the Republic through qualifying for the European Championships

‘But I would have thought that Ireland v Holland and Ireland v Spain in the World Cup would count as a top-class game wouldn’t you? So I checked.

‘To get there would mean something. It says something, especially when I almost lost my first job at Millwall.

‘I lost at Port Vale (in November 1994) and thought that might be it for me. Then we beat Nottingham Forest on the Tuesday night in the FA Cup and didn’t lose in the League again until the middle of February. It has been largely an upward curve since then.’

McCarthy is one of those managers who wears the stresses of the job reasonably well. He has just finished watching the Netflix fly-on-the-wall series about one of his old clubs, Sunderland.

Would he ever let the cameras in? Some questions really are not worth asking. ‘Er, not for me,’ he says with a certain understatement. ‘I felt sorry for Simon Grayson (right) as he was portrayed badly. He didn’t deserve that. He is one of those who, win, lose or draw, you go and have a beer with him and he is just the same. He might be feeling absolutely p****d off and bitter but you wouldn’t know. I try to be the same. 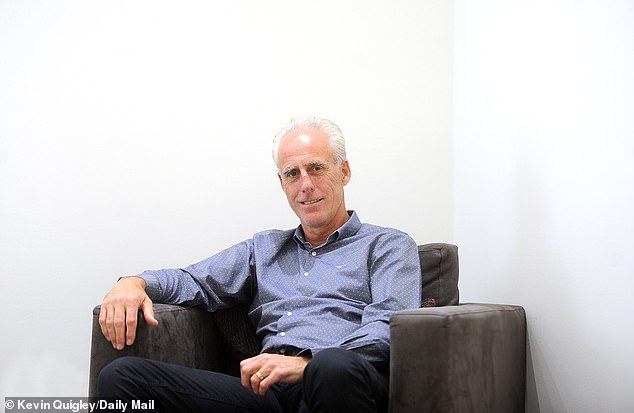 ‘But that’s not to say the job doesn’t stretch you. I remember losing my job at Wolves (in 2012) and I went on holiday to Florida. Lovely. I went back to the training ground to see TC (Terry Connor, his assistant) soon after and he said, ‘Gaffer I can’t believe how well you look, and what I really can’t believe is how bad you looked when you left’.

‘I know when I go back in it will tax me again. It is testing on your mind, on your energy, on your thought process, on your family. You ask any manager. They will be telling you the same. But I will also tell you now that I still love it.’

McCarthy has been a manager for 28 years. Millwall, Sunderland, Wolves, Ipswich and two spells with Ireland. Much has changed in that time but much has not.

‘The longer you are out the more you realise you relish it and thrive on it and need it,’ he said.

‘Doing nothing would be a real test for me. I need to be standing on that touchline and being at training every day and coaching and having that craic with the lads. The atmosphere that you create at a club is brilliant and that’s what you enjoy so much. It’s infectious. 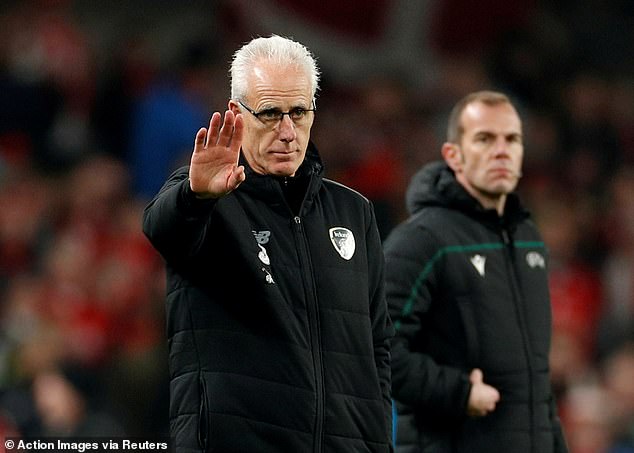 ‘People tell me the game has changed and players have changed but have they? I don’t find the job any harder. I treat all the players well and with respect. Me and TC coach and manage them. That’s it.

‘Social media has changed things a little but I have learned something there. I used to think Twitter offered only abuse to players. But it was pointed out to me at Ipswich that all the fans were bigging one of the lads up on Twitter and he was responding by thinking he should be in the team.

‘It opened my eyes. Not that it made any odds, because when he came into my office I still wasn’t bothered. I said, ‘The fact that you are getting a million tweets saying you should be playing doesn’t make a blind bit of difference to me. I watch you train and perform, remember. I know’.’

Beside his bed is a book McCarthy thinks might teach him something.

‘I am reading Surrounded by Idiots: The Four Types of Human Behaviour. I take a real interest in how people behave and how they are, over and above whether they are a good footballer. Are they a good person? Are they a leader? Are they a follower? I am interested in all that.’

McCarthy sees himself as a manager in the complete sense of the word and is vaguely amused by some of the titles afforded to others in the game. At the core of what he does is a love of footballers. 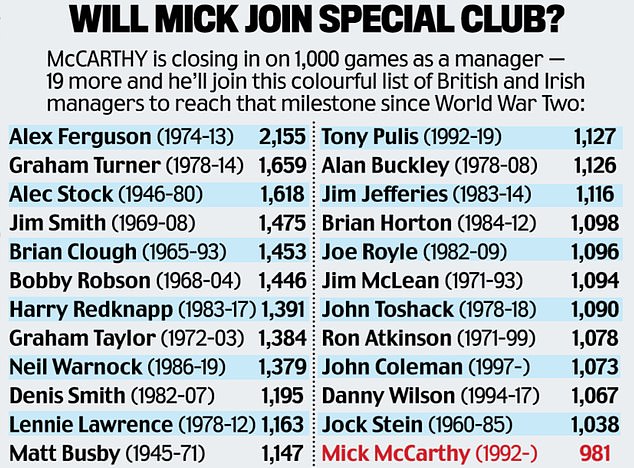 ‘I do love them and I love being in the thick of them,’ he says. ‘I wonder if some managers detach themselves from players because it makes it easier to give them bad news.

‘If I have something to tell them they get it Thursday or Friday morning. It’s the curly finger I am afraid. TC will go looking for the player but of course he will be hiding, knowing full well he is after him.

‘If I drop a player I am doing my job as I see fit. It isn’t personal. It’s about whether they are doing theirs at that particular time. Simple.’

Those decisions are for another day. For now, it’s about keeping healthy and keeping away from the biscuit tin. He is not alone when he says he thinks the return of football will lift the country. ‘I watch the news and it’s so very sad but we have to have that vision of going back and that hope. I am talking about life. But football is a big part of life for so many. For it to come back in the summer would be a real positive. 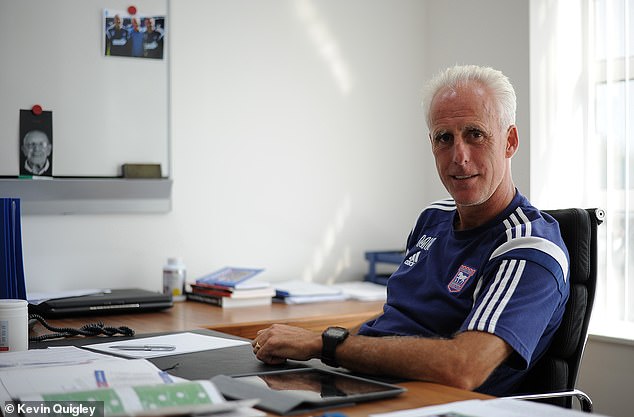 ‘Fiona and I are watching more TV than we ever did. But I would love to watch a football match, a relevant football match. Not a Chelsea v Leeds replay from 1970. Though I watched it the other day and it was brilliant. What a game that was. I was a young Leeds fan and I remember it broke my heart.’

When Ireland hosted Denmark last November, a win would have taken them to the Euro finals. The game finished 1-1. Still, it was better than it could have been.

Asked whether his second crack at the job was as memorable as the first — which culminated in the last 16 of the 2002 World Cup — he laughs. ‘Well when Darren Randolph made a world-class save in the 50th minute of game one against Gibraltar, I was wondering whether it had been such a good idea. As it is we scored soon after and won 1-0. But I hated every minute of that.

‘I loved standing there. I loved the national anthem. I loved scoring. But everything else about that game was horrendous.

‘If we lose that game, whatever reputation I had would have gone to trash within an hour!

‘But on the whole I loved doing it again and was very honoured to do it again. But now it’s on to the next one. I am ready.’