‘Normal players don’t do this’: Michael Owen hails stunning strike from Riyad Mahrez in Manchester City’s victory at Everton and claims ‘not many teams can score that goal’ as Ally McCoist praises ‘perfect’ link-up with Bernardo Silva

Michael Owen heaped praise on Riyad Mahrez after the forward scored a stunning goal in Manchester City’s 3-1 victory over Everton with the pundit claiming ‘normal players don’t do this’.

With the score at 1-1 in the 63rd minute, Bernardo Silva produced a fine piece of skill on the edge of the box before flicking the ball to Mahrez, who then hit a sensational first-time strike into the top corner.

The goal restored City’s lead after Richarlison had cancelled out Phil Foden’s opener just before half-time. Silva then added a third as Pep Guardiola’s side went ten points clear at the top of the Premier League. 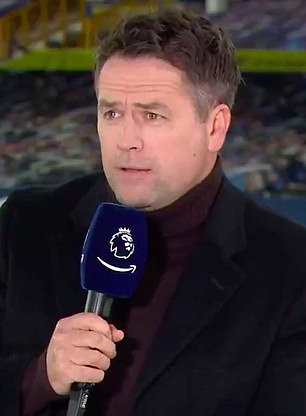 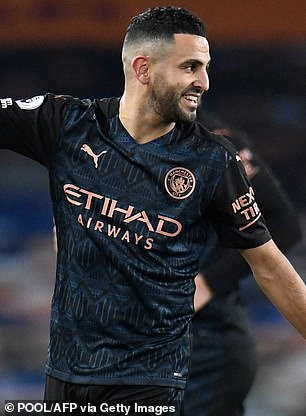 The strike from Mahrez was the pick of the four goals on the evening and Owen claimed few teams would be able to replicate it.

‘That goal, not many teams can score that goal,’ he told Amazon Prime after the game.

‘To have the foresight and vision about what’s going to happen. This is top players playing. Normal players don’t do this. 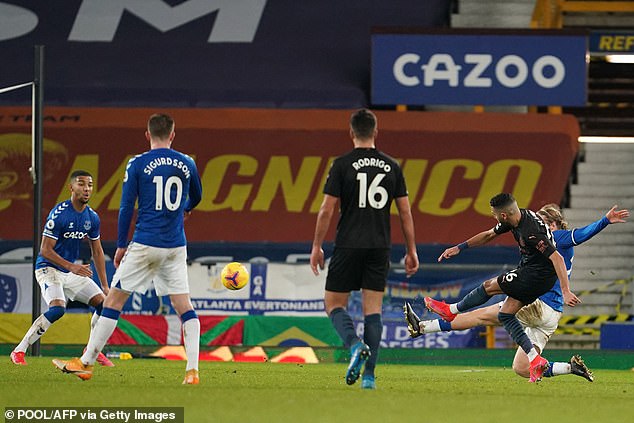 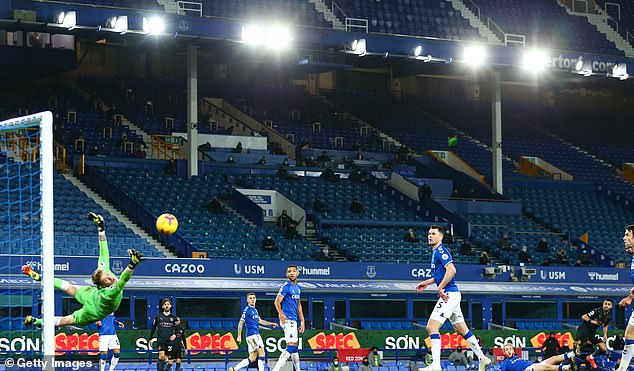 ‘Everton are probably thinking “go on shoot from 19 yards'” And you think they wouldn’t score that many from outside the box but when you have a wand of a left foot like him, then you can’t stop it.’

Mahrez was back in the starting XI after being left on the bench for the victory over Tottenham at the weekend and was named man of the match by commentator Ally McCoist.

Speaking about the Algerian’s strike, McCoist said: ‘It was absolutely brilliant. It looks a simple pass from Silva but everything about it is perfect.

‘Mahrez doesn’t have to break a stride. The weight of it is superb. But with the finish, Pickford has no chance. When it hits the post, it’s a goal.’

Owen also added that the movement and build-up for the goal was almost impossible to defend.

He said: ‘I don’t know how you defend Mahrez’s goal. When you underlap and overlap, you can’t pick that up. 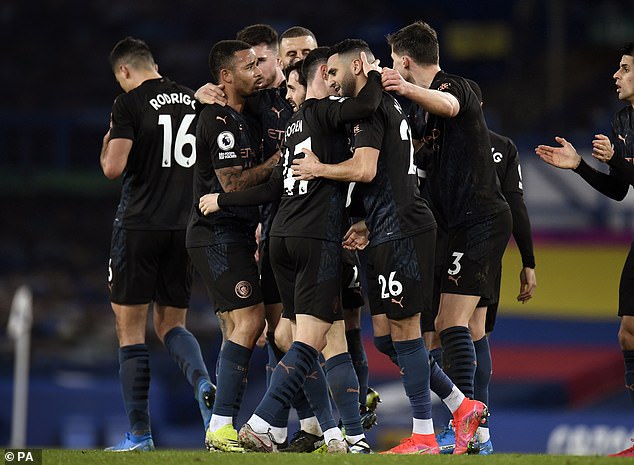 ‘When he goes that way round, the finish speaks for himself but when he’s on his left foot, you don’t expect anything else from Mahrez. You try to skim the post and he’s absolutely perfect. That was almost the easy bit for him and his movement was superb.

‘You wonder how a wide man like Mahrez is so effective. Another left footer who plays on the right. He has such a good first touch. I don’t think I would want anyone to trap a ball like my life depends on it.’

Mahrez explained how his special ‘connection’ with Silva played a part in his sixth league goal of the season.

He said: ‘We tried to pass and move to find space to score the goal. We [himself and Bernardo Silva] have always had a good connection, we don’t even need to speak to each other we know where we are. We all know each other. 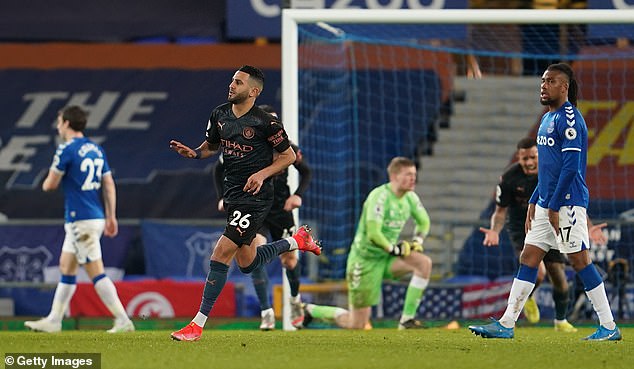 ‘We train so well we know the movement. When you keep winning and scoring goals the confidence grows. It is difficult for the opponent. We are in a very good moment.’

The forward added that his side are not thinking about winning the title, despite recording their tenth-straight victory.

‘It was a good performance, we played good again. It is a shame to concede the goal in the first half but we haven’t conceded many.

‘I don’t know about the title we only think about the next game – Arsenal.’