Tottenham made ‘so many mistakes’ in lead-up to Kai Havertz’s opener for Chelsea, claims Michael Dawson… but former centre-back DEFENDS Japhet Tanganga for header which resulted in Ben Davies’ ‘disastrous’ own goal

Michael Dawson has slammed Spurs’ defence for making ‘so many’ errors leading up to Kai Havertz’s opener in Chelsea’s 2-0 win against them in the first leg of their Carabao Cup semi-final.

The Blues were ahead inside five minutes when Marcos Alonso intercepted Japhet Tanganga’s pass to Emerson Royal, before slipping the ball in behind for Havertz to open the scoring, despite Davinson Sanchez’s efforts to clear the ball over the bar.

It would get worse for Antonio Conte’s men 11 minutes before half-time, when Tanganga’s header from a Blues free-kick rebounded off Ben Davies and into the Spurs net. 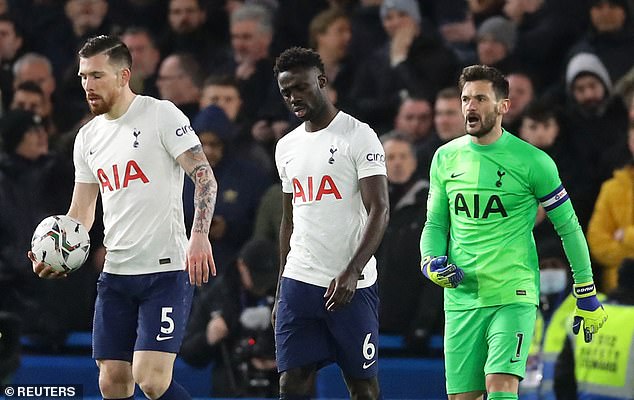 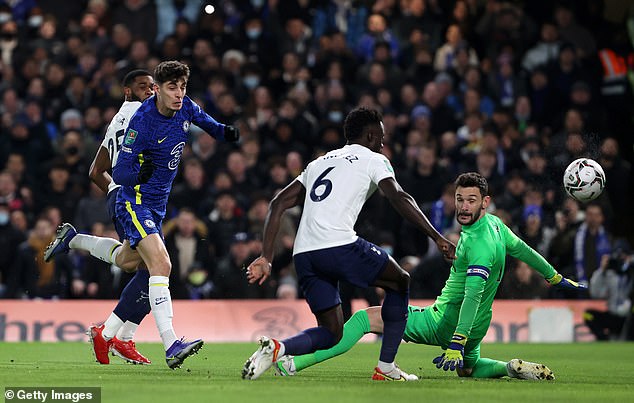 And Dawson chose to single out Emerson’s error for Chelsea’s opener among ‘so many’ he believes were made by Spurs in the build-up to Havertz scoring.

‘The ways Spurs started summed up the whole first half for them,’ he told Sky Sports. ‘[Pierre-Emile] Hojbjerg had the ball, they were in control, no problem.

‘But the press from Chelsea, not just in the first couple of minutes, but all half…. they were in control Spurs, but as soon as Tanganga plays it there, Alonso was straight on it, he was waiting for that pass.

‘Great ball in behind and for Havertz it is an easy finish. Could Sanchez have done better? I think it is a small area, there are so many mistakes before that that cost Spurs a goal. 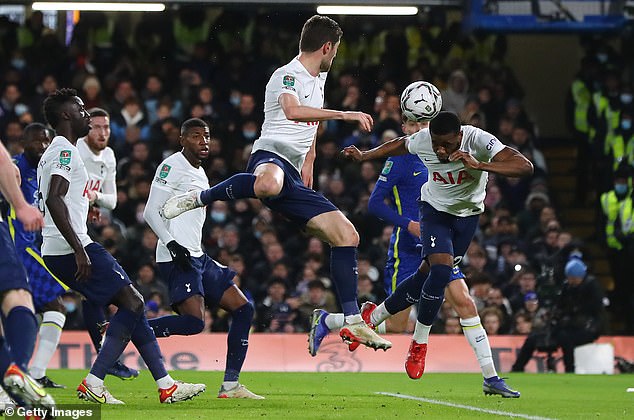 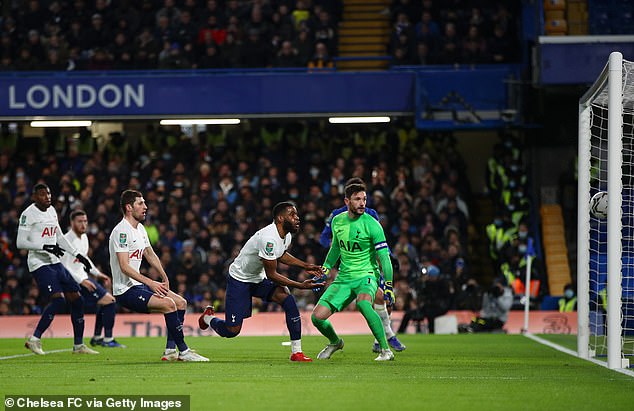 ‘Emerson Royal has to make better angle for him. It was such a disappointing half from Spurs.’

Former Spurs centre-back Dawson however came to the defence of Tanganga for his role in Davies’ comical own goal.

After Ashley Cole had suggested he would have tried to control the ball rather than head it away into the area Tanganga did, Dawson said: ‘Never in a million years would I control it.

‘Communication from Hugo Lloris, can he tell him? I think Ben Davies is so unfortunate.

‘I know Andy Hinchcliffe said in commentary he would have headed it out for a corner, but my first thought would not be that. 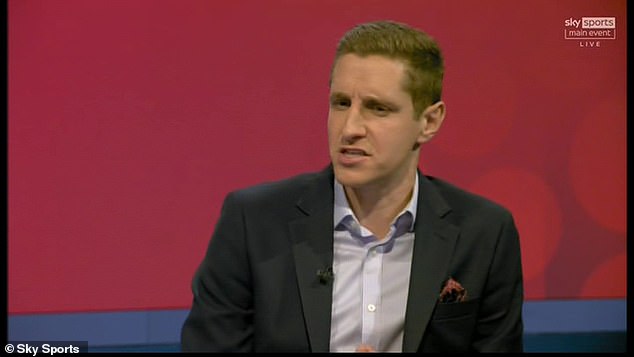 And Dawson believes while the second was unfortunate, he claims many errors were made in the first

‘In hindsight it would because it is in the back of the net, but I think the communication from the team was bad. It was a disastrous goal.

‘There was no calmness, it not what I have seen from Spurs in recent weeks.’

Meanwhile, former Chelsea and Arsenal left-back Cole said on the own goal: ‘As a coach you always want your players to get into that space where the danger is as quick as you can, and I don’t think he [Tanganga] does that.

‘He heads the ball at the lowest point. Whether he has got a shout from Lloris… not trying to be big-headed here, but I would have tried to chest that.

‘In that situation defenders panic, you have to show a bit of composure. You chesting it down would not have been worse than what he did.

‘That header can go anywhere. Tottenham did not have that composure or bravery on the ball, and ultimately that cost them.’ 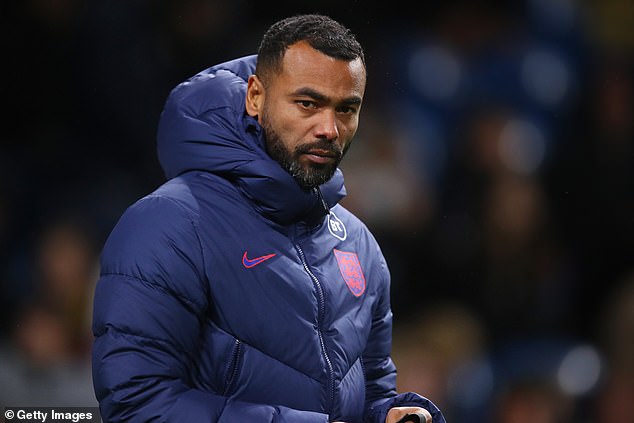