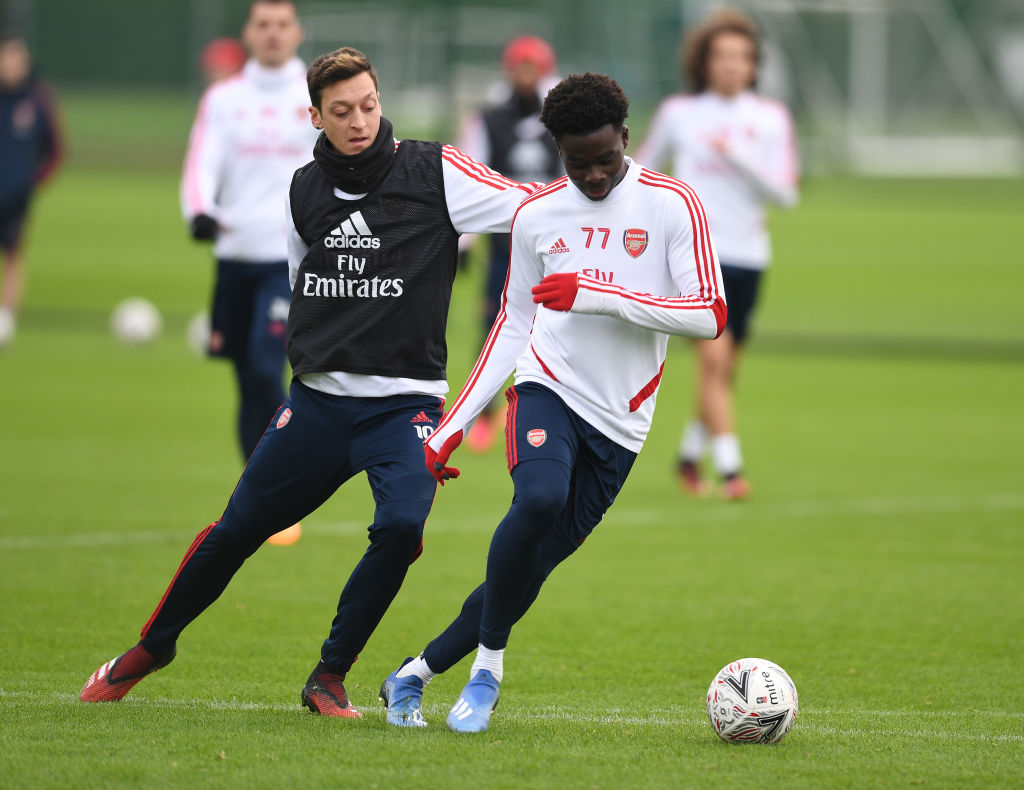 Mesut Ozil has passed on a message of support to Bukayo Saka after the youngster’s penalty miss in England’s Euro 2020 final defeat to Italy, calling for his ex-Arsenal team-mate to be shown ‘respect’ rather than online racism and hate.

An inspired Gianluigi Donnarumma saved Saka’s decisive spot-kick in a nail-biting shootout at Wembley to ensure Italy lifted the trophy for a second time in their history, while the Three Lions’ 55-year wait for silverware continued.

In the hours that followed, Saka, Marcus Rashford and Jadon Sancho – who all failed to convert their efforts from 12 yards – were bombarded with a torrent of vile racist messages, leading to increased pressure on social media companies to better tackle the problem.

The wider footballing community have also joined in throwing their support behind the young trio, who have all since addressed the sickening abuse they faced in lengthy statements on their respective profiles.

Saka vowed to come back stronger as he opened up on his ordeal for the first time last week and the teenager’s iconic former team-mate at Arsenal, Ozil, reached out with a heartfelt message on Wednesday.

Ozil missed a crucial penalty of his own as the Gunners crashed out of the Champions League at the hands of Bayern Munich back in 2014 and empathised with the forward as his spot-kick was palmed away by Donnarumma.

‘I felt very much for Bukayo, I know from my own experience how it feels to miss a penalty,’ the German playmaker, now with Fenerbahce, told Sky Sports.

‘In a final, as the last one, to take on the responsibility of an entire nation as a young player – respect. Not many players would dare to do that.

‘There will always be people who racially abuse and scapegoat people of different backgrounds and skin colour when they lose.’

Ozil added: ‘Unfortunately, there will always be a small part of our community that racially insults and threatens players.

‘We should focus much more on the positive messages that keep players strong.’

England head coach Gareth Southgate took the blame for Saka’s miss in the immediate aftermath of the Euros final and the attacker’s manager at club level, Mikel Arteta, backed him to bounce back from the experience stronger than ever.

Asked whether he had spoken to Saka since the match, Arteta replied: ‘Yes, I have. We all have, I think, spoken to him, sent messages.

‘He will be fine. He is such a strong character. He has received a lot of love and support from world football, not only with Arsenal but the national team and all the English fans because he doesn’t deserve anything like [what] he has been through.

He has had a phenomenal season. In football, you want to be part of the greatest, you have to know today, at 19, that you lose more than you win unfortunately in this game and there are no exceptions to that rule.’

The Spaniard demanded stronger rules and regulations on Twitter, Instagram and Facebook to prevent players from receiving such horrendous abuse, much of which comes from anonymous accounts.

‘Hopefully we can use now to make a strong statement and we have to stop racial abuse on social media and people using social media to hide and put people in really bad places,’ he went on.

‘Hopefully the laws will become stronger. I think we are all going to try and make a strong case out of that and hopefully, it can have a big impact because I think it is the moment to put that right.’