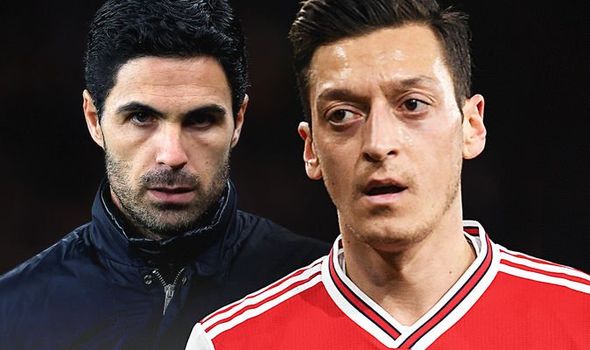 Mesut Ozil has allegedly refused to join Arsenal’s players in taking a 12.5 per cent pay cut amid the coronavirus crisis. Ozil – the club’s highest earner on £350,000-a-week – has made it clear he could be willing to accept the reduction in earnings in the future, however. He does not want to rush into a decision because he wants to see the full financial impact of the pandemic.

According to the Daily Mirror, Ozil is one of three players in Arsenal’s first-team squad not to accept the pay cut.

He allegedly outlined that he respects the other players and the decision they have taken while urging them to respect his.

Arsenal announced on Monday that an agreement had been reached with the players and core coaching staff about pay reductions after days of discussions.

Ozil’s agent Dr Erkut Sogut declined to comment to the Daily Mirror but has insisted players should not accept wage cuts.

Speaking earlier this month, Sogut said: “Deferral is an option but not to agree a cut today when the clubs may still make the same profit as last year. What the exact financial impact is on the clubs, we can see three to six months later – but we can’t see it today.” 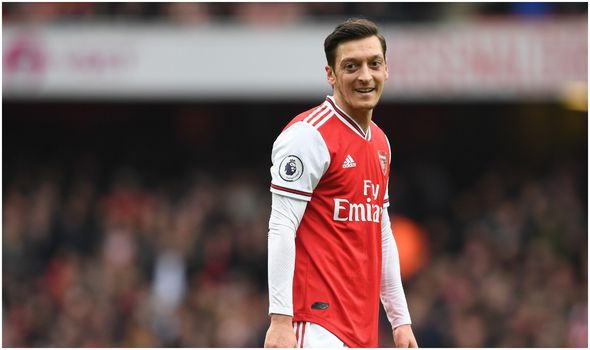 While speaking to the Steilcast Podcast, Sogut added: “It is not enough for a club to present a proposal to one member of the first team squad and then ask them to go to the rest of the squad and get their consent to do it. That is not how individual contract negotiations should take place.

“A club may even ask a first team manager to negotiate with players and this may influence some, particularly younger players or those on the fringe who fear there might be personal repercussions for him if he does not agree.

“In those circumstances it could be questionable that any consent from the players would be legally binding anyway as some players are not in a position to give true consent if they are under pressure to do so.”

The Professional Footballers’ Association has also advised that Premier League clubs should only be offering deferrals.

Arsenal were contacted for comment by the Daily Mirror but refused to discuss what they regard as the players’ private business.

The Gunners are the first top-flight club to agree pay cuts with their players after accepting a 12.5 per cent drop until March.

They could get their money back in full if they qualify for the Champions League either this season or in 2021.

They will recoup 7.5 per cent if they qualify for the Europa League but will miss out if they do not make it into Europe.

Arteta and his core coaching staff have accepted pay cuts while the club’s executives have agreed to a 30 per cent reduction.

The Arsenal boss helped convince his players that the club needed financial help during a video conference call last week.

Arsenal outlined the agreement by issuing a statement which said: “We are pleased to announce that we have reached a voluntary agreement with our first-team players, head coach and core coaching staff to help support the club at this critical time. 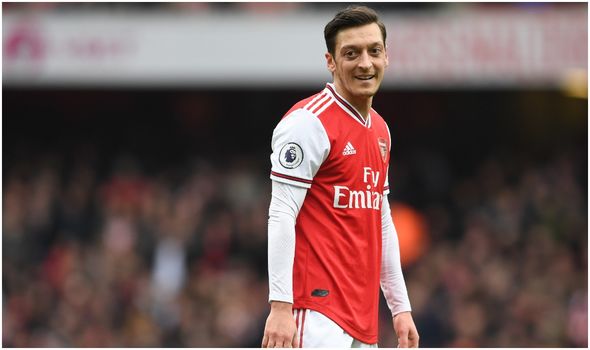 “The move follows positive and constructive discussions. In these conversations there has been a clear appreciation of the gravity of the current situation caused by the Covid-19 pandemic and a strong desire for players and staff to show their backing for the Arsenal family.

“Reductions of total annual earnings by 12.5 per cent will come into effect this month, with the contractual paperwork being completed in the coming days. If we meet specific targets in the seasons ahead, primarily linked to success on the pitch, the club will repay agreed amounts.

“We will be able to make those repayments as hitting these targets, which the players can directly influence, will mean our financial position will be stronger.

“The agreement is based on the assumption we will finish the season 2019/20 and receive the full broadcasting revenues. The resulting savings will help cover some of the financial risks we have this season in relation to our match day and commercial income.

“We are proud and grateful to our players and staff for pulling together to support our club, our people and our community in these unprecedented times which are some of the most challenging we have faced in our history.”