Burnley star Maxwel Cornet ‘will be allowed to leave the club for just £17.5m if they are relegated this summer due to a release clause in his contract’, with Clarets’ top scorer ‘already attracting plenty of interest’

Maxwel Cornet will reportedly be made available for just £17.5million this summer if Burnley are relegated from the Premier League due to a release clause in his contract.

The 25-year-old has been a huge hit for the Clarets since joining the club last August in a club-record £15m move, with the winger putting pen to paper on a four-year deal.

However, Burnley could now be forced to sell him for little more than what they bought him if they fail to beat the drop. 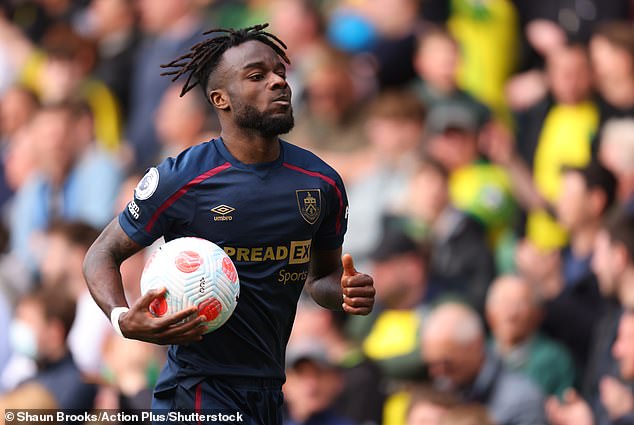 Maxwel Cornet reportedly has a £17.5m relegation release clause in his Burnley contract 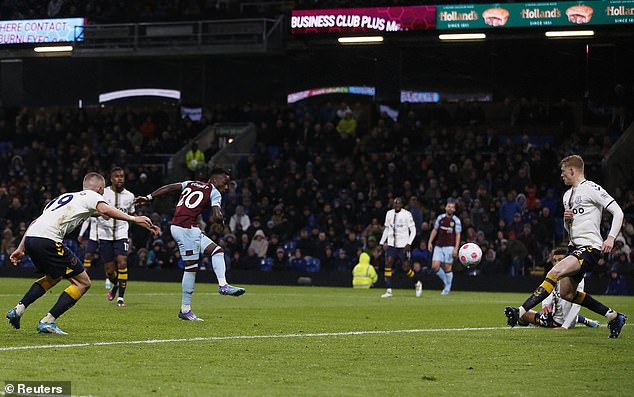 The Athletic are reporting that Cornet has a £17.5m release clause in his contract that will become active if Burnley drop out of the Premier League, which has put a number potential suitors on red alert.

The Turf Moor hierarchy are desperate to keep him, given that the Ivory Coast international is their top scorer this season with eight goals from 24 Premier League appearances.

Mike Jackson’s side need just four points from their remaining two games to remain in England’s top-flight but face a battle with Everton and Leeds to stay in the division.

Burnley dropped back into the relegation zone on Sunday when they were beaten by Tottenham 1-0 in north London, with Harry Kane scoring a late first-half penalty after an Ashley Barnes handball. 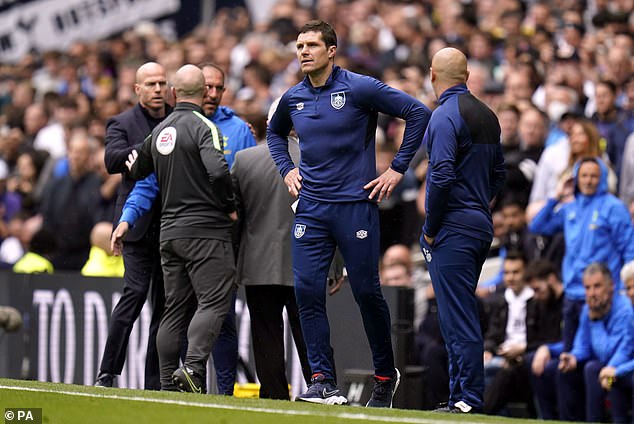 Hours later, Leeds managed to rescue a point against Brighton, with their 1-1 draw moving them out of the bottom three.

Burnley have a game in hand on Leeds and a superior goal difference, meaning a draw and a win would be enough to secure them Premier League football for another season.

The Athletic are also reporting that relegation would mean ‘significant financial repercussions’ for the Clarets, which would see them have to pay a ‘significant portion’ of the £65m loan that ALK Capital took out to purchase the club if they fall into the Championship.