‘He was unable to walk and his eyes were completely glazed over, watching doctors save him was like a scene from The Avengers’: Former Liverpool and Leeds star Dominic Matteo and his wife on how he beat a brain tumour and is now on the mend

This story will conclude with a ringing bell and thunderous applause but it must start with a blaring siren and flashing blue lights.

It was Monday, November 11 when the ballet class Jessica Matteo was teaching was interrupted by a phone call. Her husband Dominic was in Calderdale Hospital, near Huddersfield. His condition was critical.

‘It’s the call everyone dreads,’ Jessica tells Sportsmail from their home near Halifax. ‘It’s the one where your world falls apart.’ 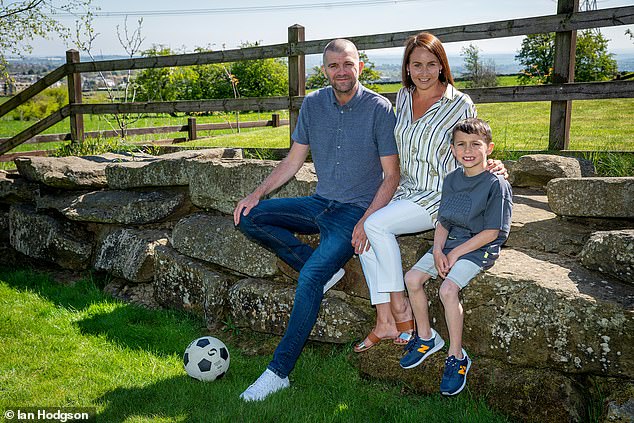 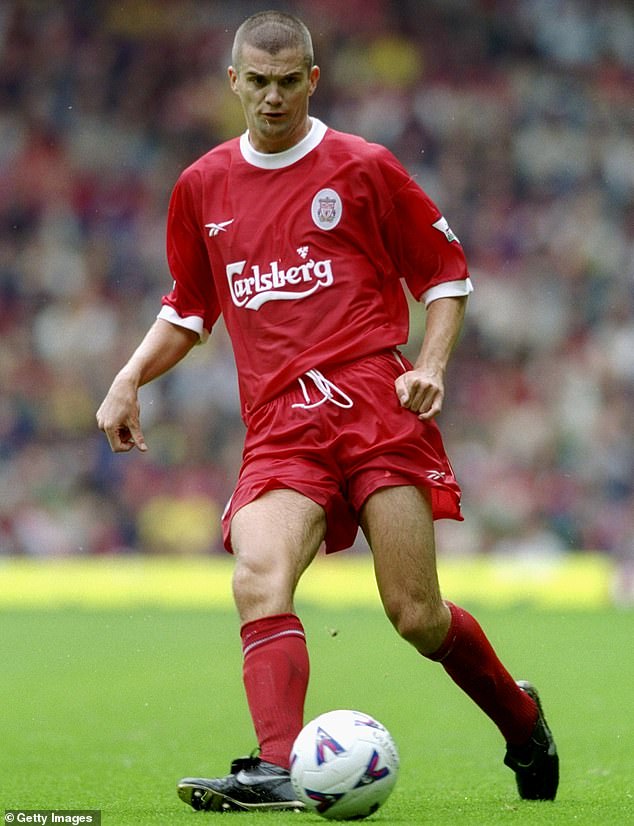 Dominic — a cultured defender who played for, among others, Liverpool, Leeds and Scotland during a 15-year top-flight career — had been due to go to Singapore with his old Anfield team-mates for an exhibition game and had seen some of them the previous day.

He had worked for the club’s in-house TV channel, analysing the 3-1 blitzing of Manchester City, but came off air complaining of a persistent headache. The pain had gnawed away for a couple of days but visits to an optician and a doctor had proved inconclusive. Hospital was the next stop.

Matteo had gone in hoping to be diagnosed with a virus, but to the couple’s horror, he was found to have a brain tumour — a rare condition called ependymoma rela fusion. So began a sequence of events that concluded with him being rushed to Leeds General Infirmary for emergency surgery to save his life.

‘The following day, they said they were going to do a planned operation on the Friday,’ Jessica explains. ‘I got his Mum (Marie) and Dad (Albert) over from Liverpool; they are both in their 80s and that was traumatic in itself. We went to the hospital on Wednesday for what they call “the family meeting”. 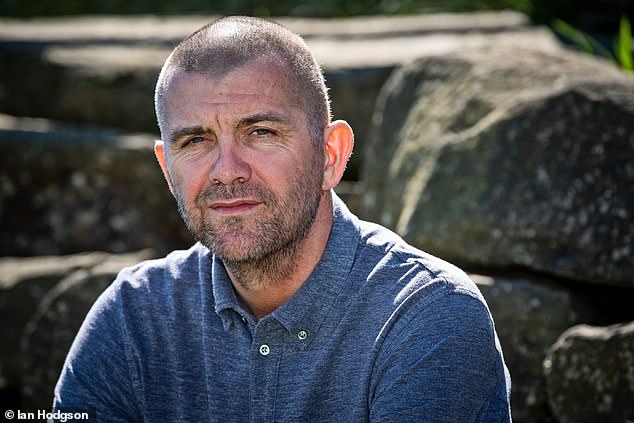 ‘At this point, Dom was in a wheelchair. He was unable to walk, his eyes were completely glazed over. He deteriorated so quickly. We took him back to his room and put him to bed. I drove home with Marie and Albert, but as I got on to the drive, I got a call to say he’d had a massive seizure.

‘They said they were resuscitating him and doing everything they could, but could I get back to the hospital? I did, as fast as I could. I drove like a lunatic back to Leeds, which is half an hour away. You can imagine what that was like. Dom was unconscious when I got there and a team was working on him.

‘It was unreal, how they made these decisions. It was like a scene from The Avengers. They were gathered around him, saving his life. They took him away from me at 5.15pm. They phoned me in the early hours to say they had saved him and got rid of 95 per cent of the tumour.’

Jessica takes the lead in this part of the conversation as Dominic’s short-term memory is patchy. He has been through such a trauma that he must learn to read and write again and he has lost the peripheral vision in his right eye. 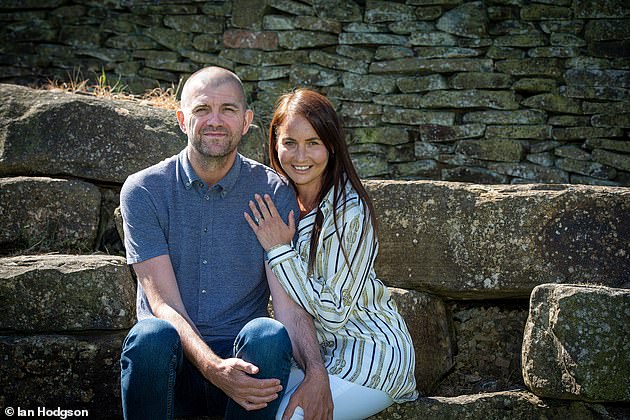 This, however, is not an interview where self-pity ever becomes a topic. An hour with the Matteos is uplifting, genuinely feel-good at a time when we need it most. It also provides a reminder of how precious and fragile life is; how it must be cherished at all times. 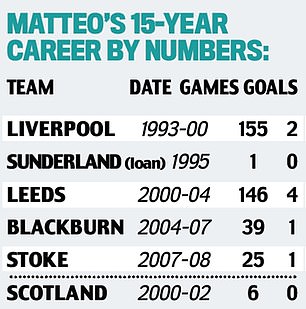 This, Dominic knows, is a second chance. He has it thanks to the outstanding work of surgeon Dr Ryan Mathew, who performed the operation. Immediately after the procedure, he thought Dominic had lost the sight of his right eye but he stayed behind for an hour to monitor him.

When Dr Mathew — a Manchester United fan — shone a light into his eye, Dominic’s pupil began to respond and he knew the outcome would be positive. Others, too, played huge roles, such as his oncologist Professor Susan Short and all the nurses at Leeds General.

‘Dr Mathew checked in on Dom every single day, popping his head around the door,’ Jessica says. ‘He was overjoyed at what he had managed to do, in removing so much of the tumour. Everyone just went above and beyond. I’m sure they would do it for everyone.’ 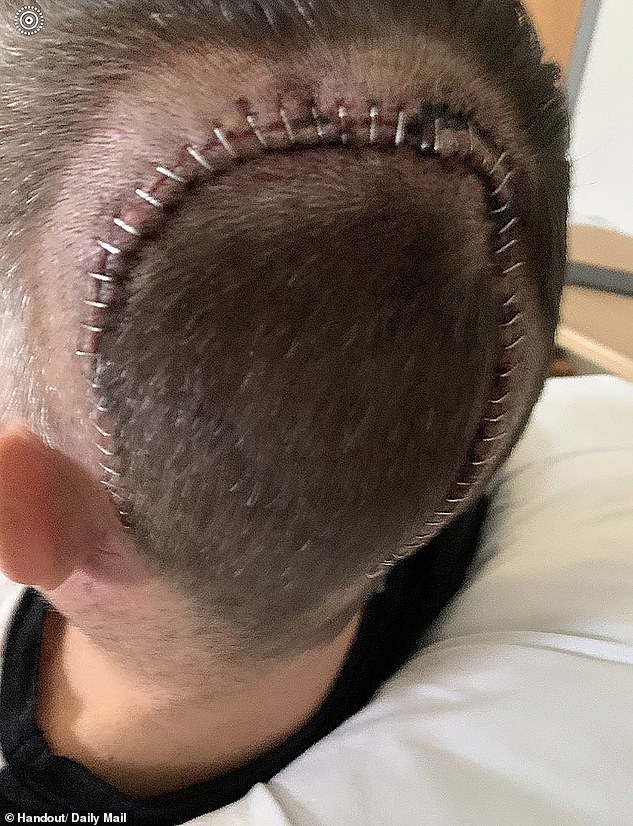 Dominic, 45, has certainly come to appreciate this over the last six months. When news was released of his condition, Jessica found herself inundated with messages from far and wide; there were so many, it took them two or three weeks to take it all in.

‘I have had so much help from Leeds and Liverpool and it means so much,’ he says, his voice as clear as this observer has always known it to be. ‘Sometimes it’s the unexpected call that means the world to you. So many people have taken the time to speak to me.’

Jose Enrique, another former Liverpool defender, who recovered from a similar surgery last year, has been a constant caller providing messages of support.

Matteo was a hugely popular figure with his team-mates and managers. David O’Leary, who signed him for Leeds in 2000, was the first to visit him in hospital, along with Eddie Gray, who ‘jumped on the bus’ to come to see Matteo, with whom he had done ambassadorial work at Elland Road. 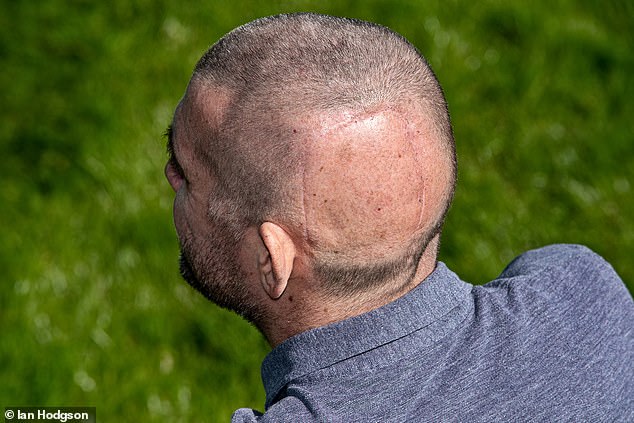 ‘There were days when I was reading messages to Dom and he wasn’t retaining the information,’ Jessica says. ‘We kept going over and over and over it, as it would bring a smile to his face. A lot of the lads were sending voice notes. Jamie Redknapp was always on.’

Dominic interjects: ‘Jamie and Harry Redknapp called on Christmas Day. Razor (Neil Ruddock) was always sending me daft little songs; Macca, Robbie. Little Davie Thompson didn’t know what to say. He was crying his eyes out, panicking. These were lads that I have grown up with all my life.

‘Carra sent me some nice messages — and that’s not like Carra at all, is it! Lucas Radebe, my old mate. We’ve been through a lot together. His wife passed away and I went to her funeral in South Africa. I have been really close. He sends me messages most weeks.

‘Erik Bakke is another; Liam Cooper has been really good — he is the voice of everyone now. I’ve got to mention Big Norm (the late Norman Hunter) as well. I was working for the club, doing stuff with him, Eddie and Peter Lorimer, who has not been too well. That whole Leeds United crowd have been really great.

‘I feel like I have an equal affinity for Leeds and Liverpool. Liverpool is my team, that will never change, but I married into Leeds!’ 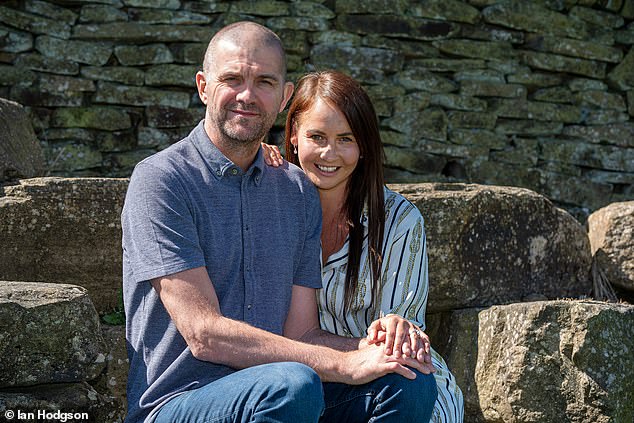 Known as ‘San Siro Dom’ for the goal he scored against AC Milan in the Champions League in November 2000, his affinity for Elland Road is huge. That famous old stadium, where he spent four seasons, has also been a factor in helping him regain his health. Leeds, before the lockdown started, let him to use a private box to meet his life coach Rob Lattibeaudiere, who has been instrumental in improving his mental health.

‘Every time I went to Elland Road after my treatment, I felt lifted,’ Dominic says. ‘There was an excitement about me. It’s not very exciting when you are having treatment every day, radiotherapy every day. But, going for that, I felt a bit more life inside me. Seeing the stadium was brilliant.’

Together, Dominic and Jessica have made huge changes to their life. They have changed their diets — ‘I’m drinking a lot of stuff that is green,’ he points out with a laugh — and, slowly but surely, he is taking on exercise once more.

‘We have cut out all red meat,’ Jessica says. ‘No sugar. Everything he eats is alkaline. Steven Gerrard sends us alkaline water, which is really, really kind of him. We do lots of juicing, smoothie making.’ 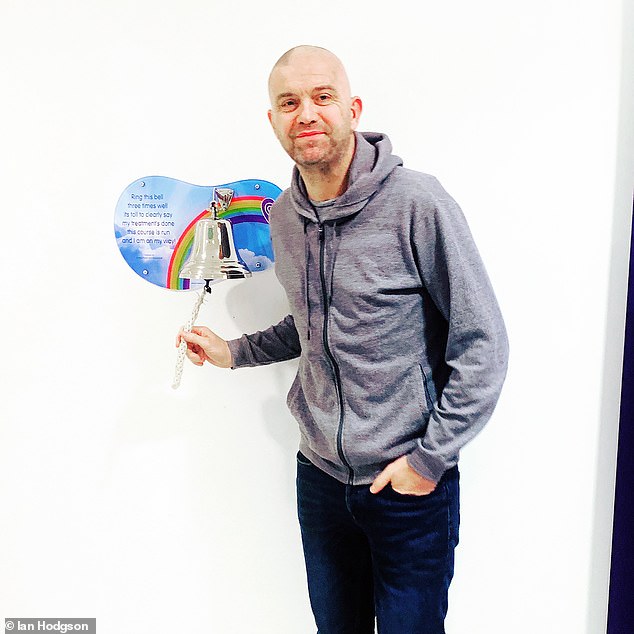 So no Guinness that he was once partial to? ‘Not forever!’ Dominic replies, laughing again. ‘You have to have things to look forward to. I had a bacon sandwich this morning — a small one! We balance it as much as we can. It’s good to look forward.’

And that is what he is determined to do. On Thursday, Dominic posted a photo of himself on Instagram, ringing a bell at St James’s Hospital in Leeds. It was taken on February 5 after he had completed a six-week course of treatment. The rest of the tumour had gone.

It was a moment of huge emotion, filled with cheers and tears.

But they then had an agonising wait of 11 weeks for confirmation that the treatment had worked, after scans had to be cancelled due to the coronavirus outbreak.

Dominic went in to be scanned on April 17 and, on Thursday, the couple announced that he had been given the all clear. 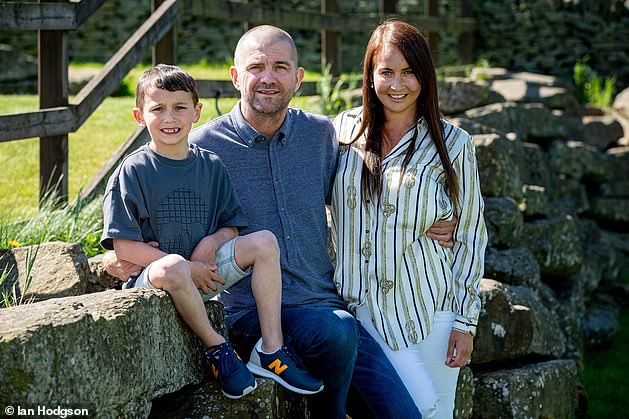 There is still a long way to go but from where they were last November, when life was hanging in the balance, their happiness is overwhelming.

‘I have got three kids,’ Dominic says, proudly. ‘They have played a massive part in my recovery, always reminding me that life goes on. And Jess has been my rock.

‘I’ve had a brilliant life but I won’t say I have had it easy on the way up. I lost my brother, I lost my sister. Jessica has lost her mum.

‘We have suffered losses. Loss changes your whole being. You know you will never be that person and I know I cannot go back to being the person I was before.

‘Everyone has been so good to me. Liverpool and Sky have said there will be work for me and just knowing that you have something spurs you on. I have to learn to read and write again. It will take me a while. But I will get there. I’m sure of that.’