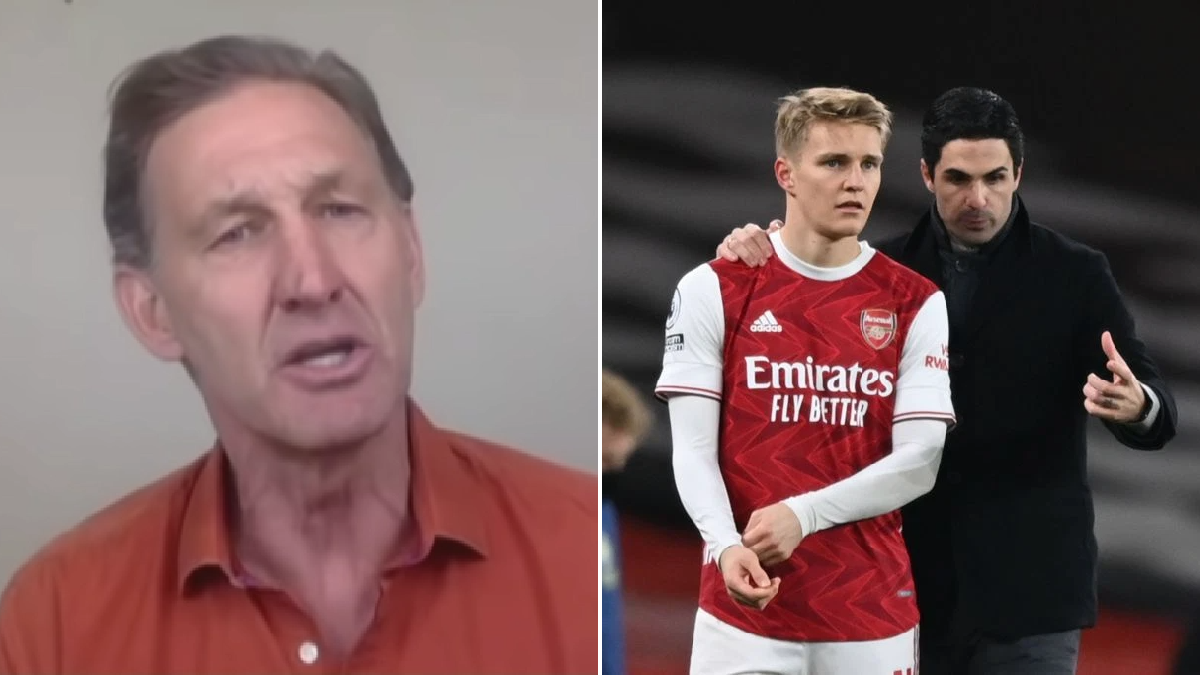 Arsenal legend Tony Adams has once again criticised his old club’s recruitment approach under Edu and believes the signing of Martin Odegaard is one of several questionable deals.

The Gunners picked up an important victory on Sunday away to Leicester City, having progressed to the last 16 of the Europa League last week, but Adams still feels there are fundamental issues off the pitch holding Arsenal back.

In the former defender’s opinion, the arrival of Odegaard has only served to hinder the development of Emile Smith Rowe and others, while he is still aghast at the decision to sell Emiliano Martinez and does not believe Arsenal are recruiting genuine upgrades on existing players.

‘Players like Odegaard, my argument is: do you need that type of player when you’ve got Emile, you’ve got [Gabriel] Martinelli, you’ve got all these other kids that are coming through,’ Adams told Astro SuperSport.

‘You’ve got all this kind of talent. For me, as a sports director – and I’ve been a sports director at seven clubs – you kind of spot your weaknesses. Where are your kids coming through? We’re going to have to leave room there because we’ve got some real talent.

‘But where I think we’ve gone wrong is we’ve not pinpointed areas of recruitment. I love [Matt] Cash for instance at Villa, he’s a Londoner, [Joe] Gomez, he’s another Londoner, he’s a wonderful footballer, one of the best central defenders in the country. Those kind of kids, you know.

‘Liverpool have done brilliantly working with their coach and their recruitment to pinpoint the right areas that they needed for their squad.

‘And I go back to it again, Martinez, [Bernd] Leno, for me that is a massive mistake. I can’t tell you. If I’m the owner of a club I’m looking at my sports director and saying, “If we have any desire to win the league, you need two goalkeepers at least”. You’ve got two goalkeepers, you’ve got Leno and Martinez, good. You get rid of one and you get inconsistency, that’s what you get.’

On Odegaard he continued: ‘You’ve got to see if they work. The Premier League is a bit special in respect of Odegaard has come in to this league and some people respond to it and can do it, and some people can’t.

‘So if you get them in on loan and say, “Let’s have a little look whether he can do it or not, can he play in this league or not”, and I think the jury’s still out.

‘I honestly think he’s a super player, don’t get me wrong, very talented, but is the Premier League for him? Not too sure about that. And it’s going to have to take some time to have a look at that. What I don’t like is that it’s like being a feeder club. If we’re not careful, before you know it [Bukayo] Saka is going to be moving on.’

Adams also questioned the signing of Cedric Soares, adding: ‘If you’re bringing players in that are of a lesser standard [than what you’ve got]… we always had the philosophy: you don’t get someone that’s less than what you’ve got.

‘Cedric, is he better than [Hector] Bellerin? Have you made an improvement there? Or are you telling me we need two? Get rid of two and get a good one. You always bring players in better than the ones you’ve got or don’t bring them to the club.’