The Aston Villa stopper was to the fore as Argentina beat France to lift the trophy in Qatar last week, making a crucial save in extra time before saving Kingsley Coman’s penalty in the shoot-out and celebrating raucously. 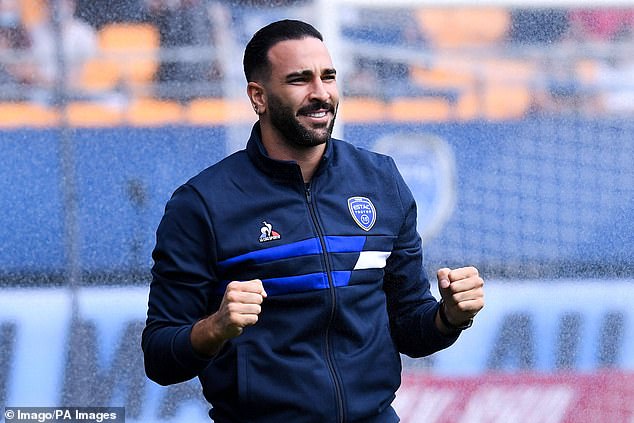 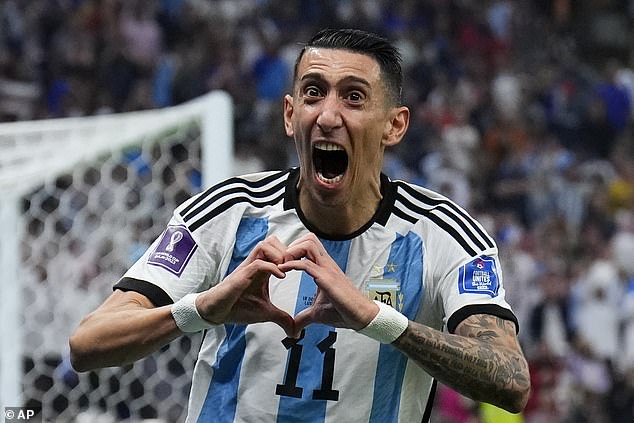 After Rami blasted Martinez’ behaviour at the World Cup final, winger Di Maria (above) hit back

After a testy final, the 36-year-old Troyes centre-back took to social media to make his feelings known on Martinez’ behaviour – which included a lewd gesture with the Golden Glove trophy awarded after the match.

Martinez’ over-the-top and in-your-face celebrations during the shoot-out also included provocative behaviour to try to put off the France players.

He also showed off a Kylian Mbappe doll on the Argentina coach during their post-match celebrations in capital city Buenos Aires, to mock the PSG forward whose hat-trick was not enough to win the final. France later launched an official complaint. 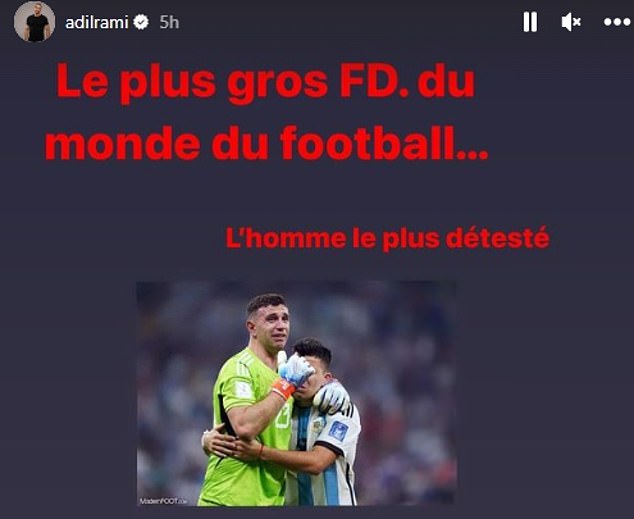 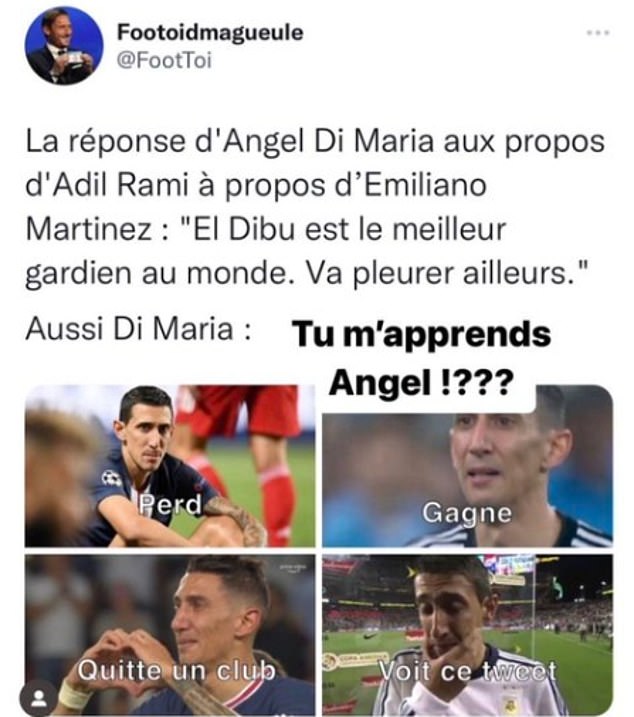 When Di Maria responded: ‘Martinez is the best goalkeeper in the world. Go cry elsewhere’, Rami posted four pictures of Di Maria himself crying with the caption: ‘Can you teach me?’

Rami also labelled the 30-year-old ‘the most hated man’ on his Instagram account – but Juventus winger Di Maria, who scored in the final, responded angrily.

He said: ‘El Dibu (Martinez) is the best goalkeeper in the world. Go cry elsewhere.’

Before Rami replied on Twitter: ‘Can you teach me?’ showing four pictures of Di Maria himself crying with the captions: ‘When you lose’, ‘when you win’, ‘when you leave a club’, ‘when you see this tweet’. 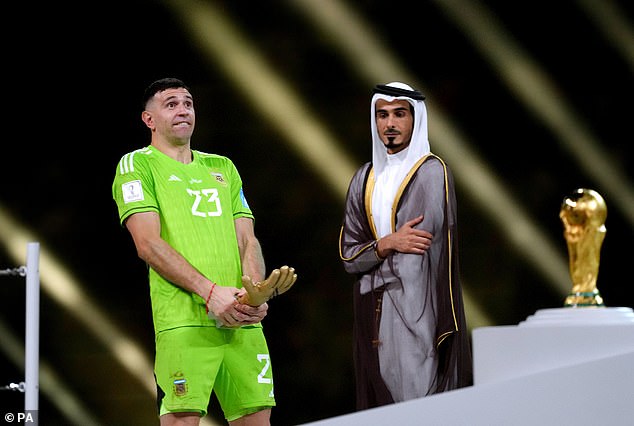 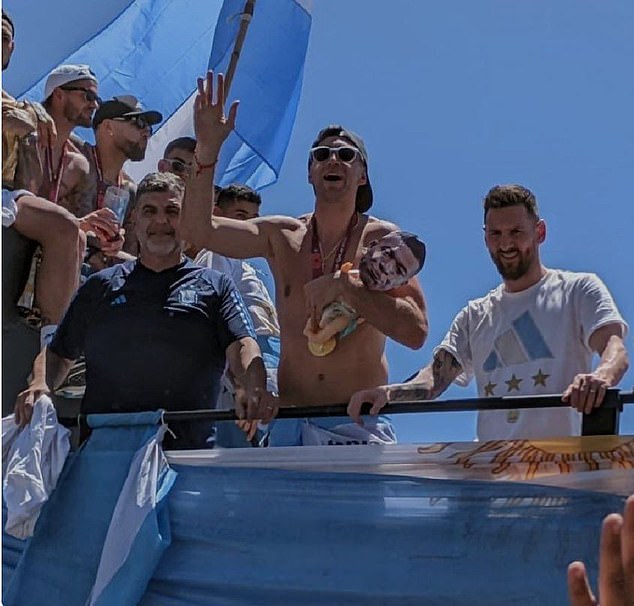 Martinez’ team-mates Leandro Paredes and German Pezzella also hit back at Rami after his comments, with Paredes saying: ‘Now say it without crying Rami.’

Pezzella added with a laugh: ‘Get out of here,’ in reference to captain Lionel Messi’s words to Holland’s Wout Weghorst after Argentina scraped past Holland in the quarter-finals following more gamesmanship from the South American side.

Crystal Palace manager and former French World Cup winner Patrick Vieira condemned Martinez’ ‘stupid’ decision to mock France after the final as well, but has not yet received any responses from the Argentine team.