MARTIN SAMUEL: Smarting players have finally made dinosaur Gordon Taylor redundant… the PFA now look out of touch as clubs and stars pitch in to help during coronavirus crisis

Jordan Henderson is organising a captain’s fund for the NHS. Manchester United’s players are donating 30 per cent of salary. On Saturday, clubs will approach their playing staff and managers directly by conference call to discuss wage cuts and deferrals.

By his own admission, Gordon Taylor, chairman of the Professional Footballers’ Association, was not the greatest player, but on Friday members of his union finally got the ball at their feet and left him for dead.

If Taylor looked out of touch with the public mood, and reality, earlier in the week, by the end of this weekend he may be wholly redundant. Players, no doubt smarting at being painted as the bad guys when so many had actually been working hard for the common good throughout this crisis, were increasingly acting independently. Clubs decided during a meeting of more than four hours’ length to go directly to the dressing room, in a search of common sense. 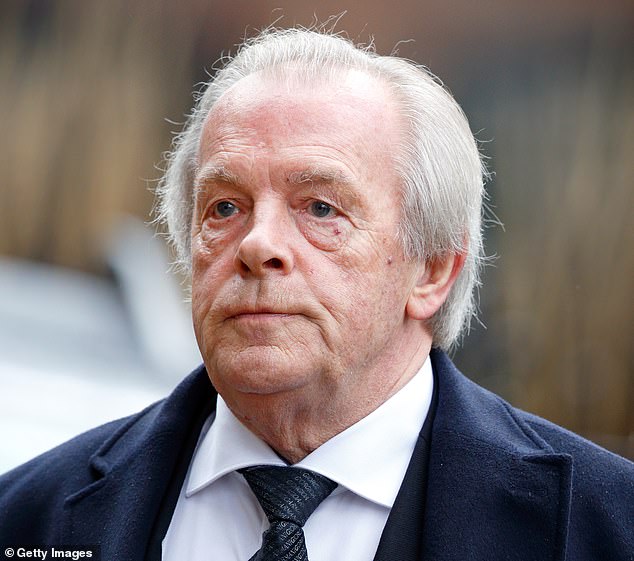 The entrenched position of the union, meanwhile, cynically suspecting the motives of those facing economic disaster, looked increasingly out of touch.

This was a momentous day of action in the face of an enormous public backlash. At a time when football’s lowest-paid workers were being placed in Government supported furlough, the juxtaposition of extreme wealth and apparent intransigence was a horrendous look. Many players, understandably, did not want to achieve pariah status at a time of national crisis; far from being aloof, many cared greatly what the public thought.

As for the clubs, they were tired and incredulous that Taylor refused to see the bigger picture. The advice from the Premier League was straightforward. Each player contract was a matter for the employee and employer. The PFA did not have to be involved. And now, in all likelihood, it will not be.

The gameplan for Saturday’s discussions between the club captain, the manager and a club representative was forged at Manchester United. It was Ed Woodward who approached Harry Maguire, as club captain, about the idea of donating 30 per cent of player wages for one month to the NHS in the Manchester area.

Maguire then put it to the rest of the United squad, who agreed. 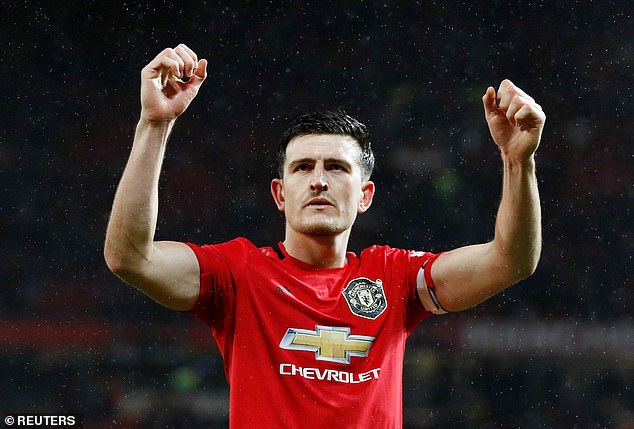 This is no surprise. The PFA have done their members a disservice of late, making them appear greedy and callous. This is horribly unfair.

Players are only too aware of their fortune. There will have been little resistance to any charitable donations at Old Trafford, particularly given the club’s largesse.

The difference between United and many rivals is that their commercial worth insulates them against the coronavirus crisis. United can meet their salary commitments in full for now, meaning their players can be charitable. The wider problem occurs at clubs who have been left facing ruin with the season’s conventional income streams gone, those who need a 30 per cent cut just to manage their own finances.

Tottenham’s panicked entry into furlough, for instance, suggests the club is already stretched without making charitable offerings. This might be a harder sell to players, and Saturday’s meeting promises full and frank disclosure of some sobering information in an attempt to persuade them of the urgency. The role of the captains appears increasingly key, too. In previous decades the PFA representative at each club would have taken on the position of dressing room mediator, but with the union out on a limb over cuts and deferrals, the captains are seen as more likely to be independent of dogmatic ideals.

Certainly, Henderson’s initiative suggests this is true. Admirably — and if this does not clinch him Footballer of the Year 2020, if such an award still exists this season, nothing will — Henderson has seized the opportunity as captain of the league’s No1 club to contact his peers and suggest a voluntary crisis fund for front-line NHS staff, to which individual players can contribute. The talks were in place before footballers were publicly criticised by senior politicians, and Henderson was dismayed that the news leaked before a proper structure for donation was in place. 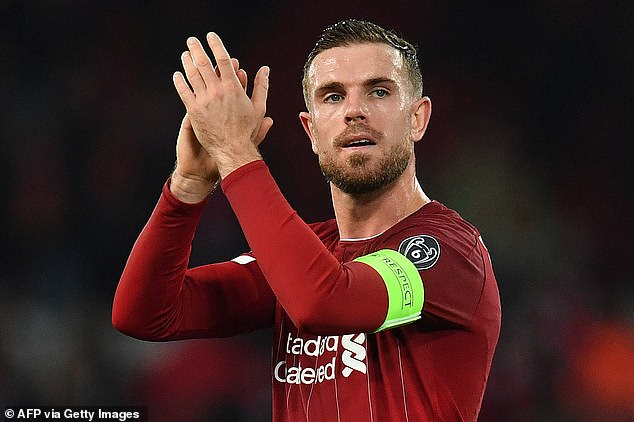 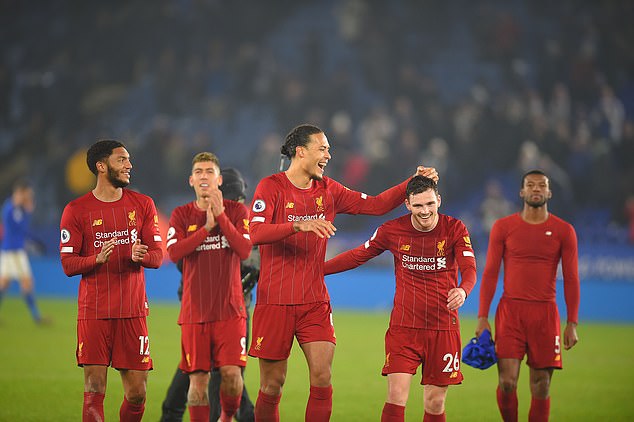 Obviously, the scheme would be open to public donations, too.

Elsewhere, the Premier League agreed a direct £20m donation to the NHS, and brought forward parachute and solidarity payments and academy grants worth £125m, to stave off disaster in the lower leagues.

Still, it was not enough for some. Julian Knight, chair of the parliamentary Digital, Culture, Media and Sport committee, and a man whose books on how to avoid tax are still available on Amazon priced £10.42, was contemptuous.

‘What the public wants is fairness,’ said Knight, who voted 23 times out of 23 to reduce spending on welfare benefits, and eight out of eight against higher benefits for those with disability. ‘What’s been announced are no more than plans to ask players to defer taking their high salaries.

‘That’s not a pay cut and what happens if they say no? What’s needed now is leadership from the Premier League and that’s not on offer today. A promise of jam tomorrow won’t cut it.’

Maybe he should save that speech for the Government who have been promising to start widespread coronavirus testing for two weeks, promised 100,000 tests a day by the end of the month and have already seen that claim unravel within 24 hours. Anyway, on the football, he’s poorly informed again. 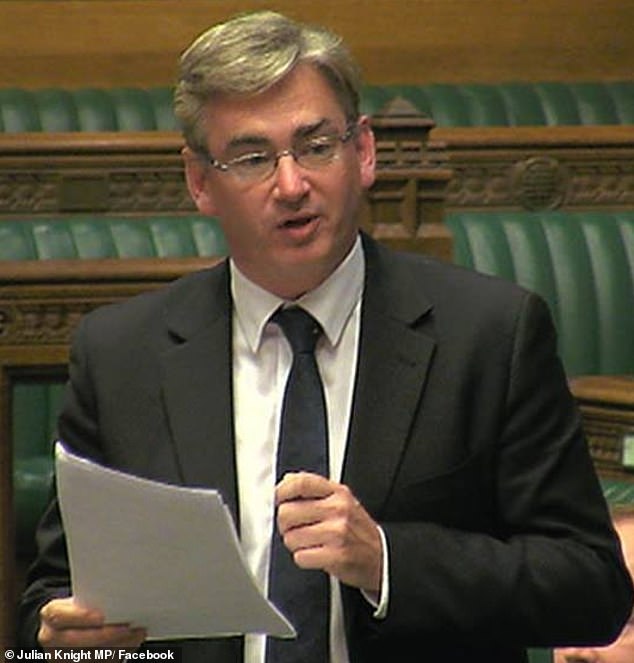 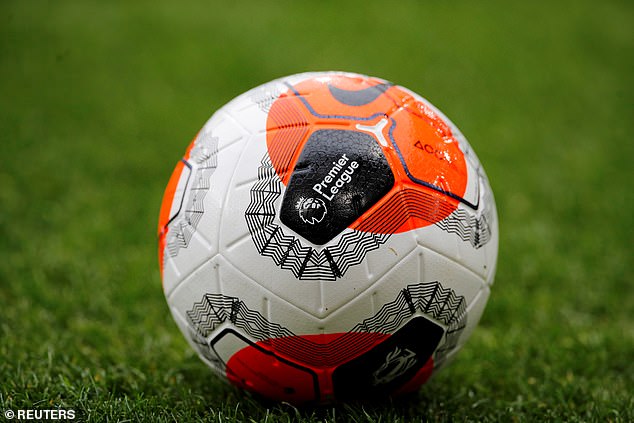 The 30 per cent is only a deferment if the Premier League restarts, with crowds. If it is curtailed, it is a wage cut. If it is played behind closed doors, further negotiations will be necessary, but there will still be a cut.

Much depends on Saturday’s meeting, and the reason this is still in the planning stage is that — as has been repeatedly documented here — to arbitrarily apply a wage cut of 30 per cent would grant every player in the league a free transfer. How Knight ever got to explain anything as complicated as tax avoidance to anybody, even dummies, God knows.

And how Taylor ever got to cling on as the head of a union whose members include young men, who are clearly more switched on, empathetic, proactive, smart, practical and generous, is an equal mystery. Football has dropped its shoulder and left him on his backside. Saturday’s meeting is a turning point, but it should have happened long ago.