MARTIN SAMUEL: Yes, players are on huge wages – but they are paid by private companies and the beautiful game adds to the happiness of the nation… so let’s not give football a kicking

Here, he responds to your comments. 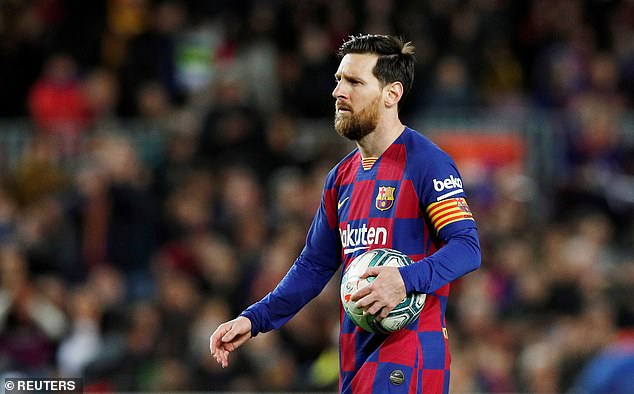 Does anybody really think the self-serving clubs at the top of football will change; or the Premier League and Sky?

Look at their appalling, selfish behaviour over trying to get the season finished, mainly due to money and the hope of finally getting Liverpool a title, which makes a great story for the brand. Ex-players, pundits and media cheerleaders are also to blame.

The whole country is virtually in lockdown, 1.8 million people have been told not to go outside for three months, the death rate is rising daily, and there is the possibility of a second wave of Coronavirus, yet getting a football season finished is still a priority for these greedy, irresponsible fools. In lists of priority, football doesn’t even register.

Well, it does if it’s your business, Moses. I don’t blame football for trying to find a way forward from here, no more than I would blame the owner of a shoe shop for thinking about how to relaunch in the future.

I’m not an advocate of dates and deadlines, and certainly not of taking risks with health, but I can completely understand why clubs enter discussions. The difference is, their meetings take place in public, while the thousands of other businesses talk in private. 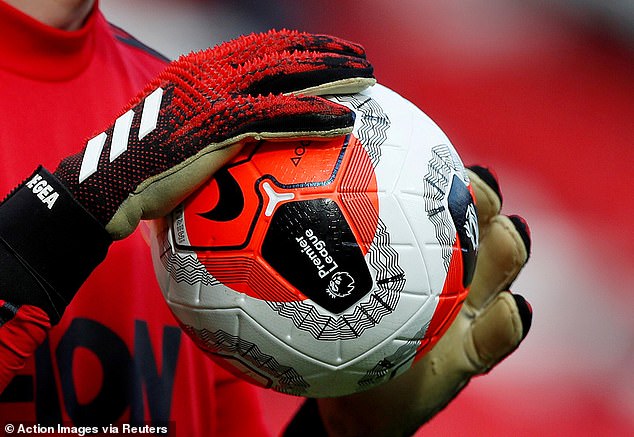 If we accept the premise football will be bust, that means Manchester City’s owner with his unimaginable wealth will have a free run at football and can put as much money into his club as he wants.

You have supported wealthy owners. Do you still support the premise one should be able to pour huge amounts of money into his club when others cannot?

You have argued against FFP from the outset. You then casually dismiss it with the line ‘…because a global pandemic was never the motivation’.

Of course, it wasn’t the motivation but it doesn’t mean that the whole raison d’etre for FFP was wrong and you can expect the genesis of what was FFP to be the default model from now on.

You conveniently missed out the second part of my sentence on FFP, IWWT.

It read: ‘…and its adherents and its opponents are struggling just the same..’

In other words, rigorous adherence to FFP has saved nobody from the looming financial crisis.

Indeed, members of the European elite such as Barcelona and Juventus have been among the first to cut wages because their finances are threatened, while Manchester City are paying staff in full, donating facilities to the NHS and guaranteeing payments to casual labour.

FFP is actually going to be relaxed as a result of this, because significant owner investment is all that is going to get some clubs through — and every Champions League contender will contravene FFP and face expulsion by UEFA in the present financial climate. 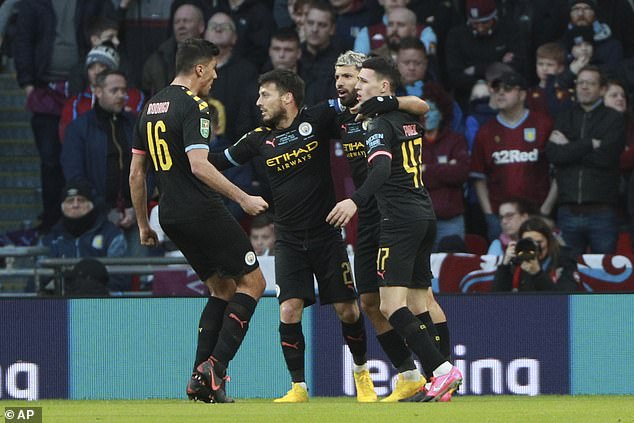 Manchester City are paying staff in full, donating facilities to the NHS and guaranteeing payments to casual labour

I think the first post is the more reasonable assertion because, quite obviously, clubs backed by sovereign wealth funds such as Manchester City and Paris Saint-Germain will be at a tremendous advantage soon.

Let’s see how it shakes down first, however, before advocating draconian regulation. City can still only put 11 on the pitch. Great players will not go there to sit in the reserves. And rivals clubs can always say no to any offer, even in difficult times.

My objection to FFP was that it was designed to keep all but the elite out. I’m not against regulation that is genuinely fair as opposed to a cartel carve-up. I’m all for greater wealth distribution, for instance. We’ll see.

Thank you, Mr President. Presumably this was before you considered placing the entire state in quarantine.

Have been watching the old football highlights on BBC red button for the last week — what a great sport football was in the 1970s and 1980s. The games, the players, the crowds, the atmosphere. That’s what made it, not the overpaid dross, thinking they are stars. 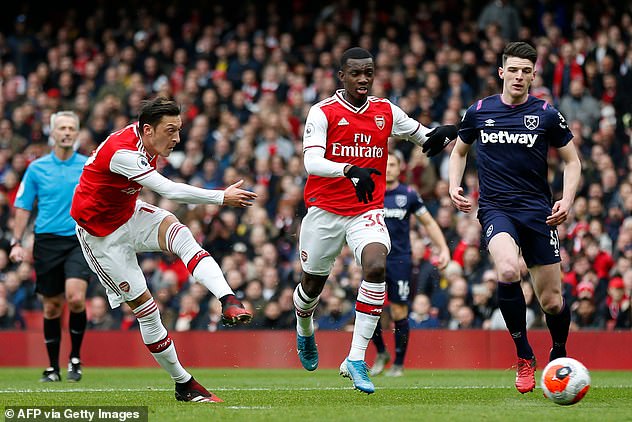 If the absolute worst of 2020 is that players are earning well, I’ll take that over nostalgia

Empty nostalgia will always be part of the football industry, and we all indulge in it from time to time, but if the absolute worst of 2020 is that players are earning well, I’ll swap.

The fans complaining about overpaid players are the same ones that will in future want their team to overpay when they’re in a title race or relegation battle.

Absolutely, Kanye. There are a lot of people talking as if they have long been advocates of parsimony who were previously furious that the board had not spent more money.

Think of all the clubs that have been criticised for lack of investment this season: Newcastle, West Ham, Arsenal, Tottenham, Manchester United, Norwich, Manchester City, Crystal Palace, pretty much all bar the one 25 points clear at the top.

Yes, cancel this season and the following five. Then restart with football taking its rightful place in society.

This crisis has clearly demonstrated the worth of a doctor, nurse, paramedic, care worker, shop worker and delivery worker compared to that of a footballer or football administrator. Financial rewards should reflect the above.

The first four you listed are public sector jobs, which you would reward at the same level as the highest paid private sector commissions, yes?

Similarly, food and essential costs with the £20,000-a-week delivery driver. There is so much of this rubbish spoken in times of crisis, but the reality is footballers’ earnings are met by private companies, and should reflect the profit and turnover of that company. 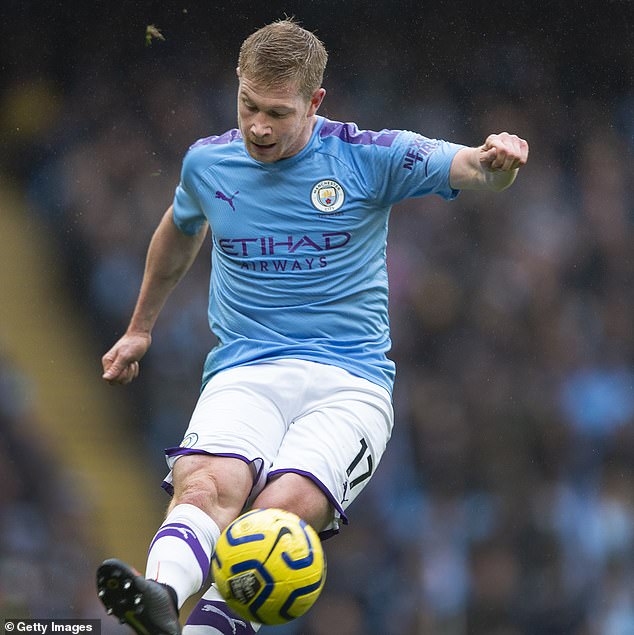 Footballers’ earnings are met by private companies, and should reflect the profit and turnover of that company

And public sector work, particularly in emergency services, must strike the difficult balance between being rewarding and attractive but still vocational. Pay policemen £50,000-a-week and all you would get are greedy thugs, who like hitting people with truncheons and living the high life.

Nursing has to be a job that you want to do, because you are a good human being and care for others. That doesn’t mean they shouldn’t be paid well, certainly better. But the state cannot make it an occupation that is entered into purely for the money.

Just let this sink in: Jesse Lingard is paid more than an NHS doctor or nurse. This crisis has really shown football fans and the world who the real heroes are.

Lingard actually gets more in a week than nurses in a year, and probably some doctors, too. And if we needed coronavirus to show us who the heroes are, we’ve lost our way as a society.

In 2015, when there was a public debate about whether Ched Evans should be allowed to return to football following his release from prison, a common view across forums and phone-ins was that he should not – but that he could get a job as a road sweeper, or a dustman.

As if the people who keep the streets clean — an absolutely vital job, without which civilised society crumbles in a matter of weeks — are in some way worthy of our contempt, but playing for Hartlepool or Oldham is a noble occupation. Forget the money for a moment. Our whole view of value in society needs reassessment. 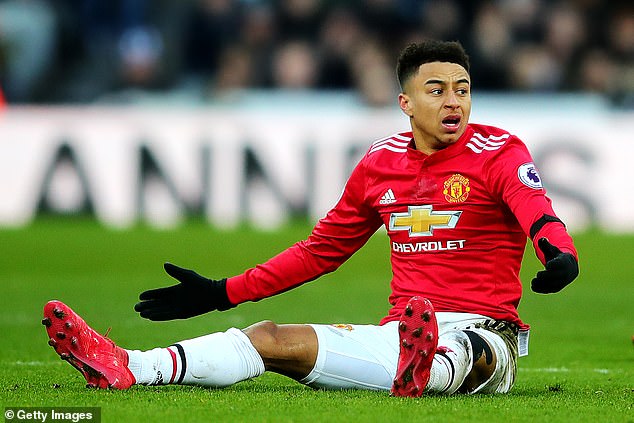 Top flight football is the one industry that I don’t feel sorry for. It’s been self serving, corrupt and full of greed for far too long.

There needed to be something seismic to stop it. The only tragedy is that it took a global pandemic. It’s a shame a more isolated financial disaster solely aimed at football couldn’t have happened, like Sky going bust.

I remember going to see top teams with my pocket money; I remember the likes of Jimmy Greaves and Bobby Moore living in nice but not over the top houses; Frank Lampard Snr lived in the same road as my sister; I remember when the terraces were full of the normal workers, the labourer, the factory worker, the shop employee.

The industry brings in a serious amount of money. It has to go somewhere. I’d love to make a footballer’s weekly earnings in my entire year, but at least the players get the money nowadays, whereas it used to go to greedy owners.

So what has Trent Alexander-Arnold, say, done wrong, Carlos, for you to wish such harm on him? He’s worked hard all his young life, from well before the actual working age, to achieve a dream.

Millions of young men have the same dream but aren’t talented, or diligent, enough to get there; but he was. And then you want it all seized from him — and why? Because he’s a working class lad making money?

I find it alarming, this bitterness towards other members of the community, with an undeniable skill. And, no, it’s not for saving lives, but how many skills are? 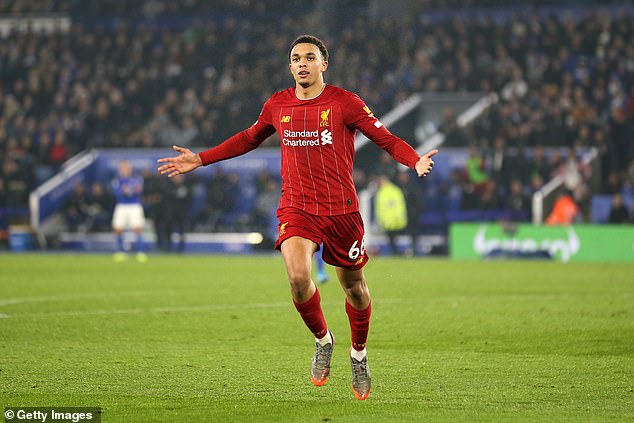 Football, like many branches of entertainment, adds to the gaiety of nations. With the country in lockdown if football was still going ahead, and was shown on television, it would be the highlight of the day for many.

So it has a worth, like the worth of the actors in all the box sets being watched; and as an industry it generates enormous money, which is then used to pay the protagonists.

AnaMaria’s tales from the Sixties are all very romantic but as Calcio e Pepe — and if you know your Italian cooking, you’ll know what a great pun that is — points out, the men who owned the clubs that Greaves and Moore played for were banking the money instead.

Around that time, one of the directors at West Ham used to boast of never having had to put his hand in his pocket to run the club. There is money to be made in football. So who do you want to get it? The board or the players? Because it’s going somewhere.

Cheered me right up there, Martin. Thanks.

Yeah, sorry. Bit bleak, I know. When I used to do my weekly Debate column online, I would break it up with music.

My advice? Go on to YouTube, type in ‘Mori-Ra: Acid Indonesia Dari Psychedelia’ and go from there. It’ll be just like old times.