‘My quads are on fire man!’: Mark Cavendish puts Jordan Henderson through rigorous cycling workout as Liverpool captain admits he wants to ‘get back to normality’ after weeks in lockdown

Jordan Henderson was put through a rigorous cycling workout by British champion Mark Cavendish as the Liverpool captain admitted he is longing for the football season to return.

The footballer teamed up with the road racer on Instagram as the pair filmed themselves training in their houses.

It was a testing session for the midfielder who admitted his quads were on fire as he pushed himself to the limit during sets of interval sprints. 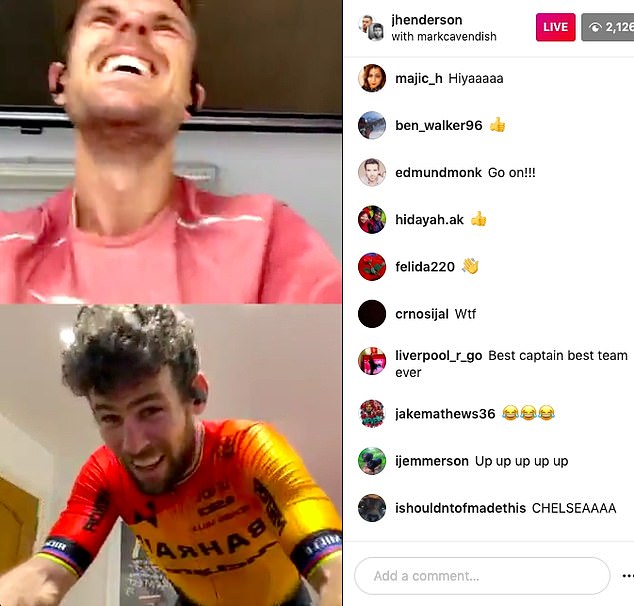 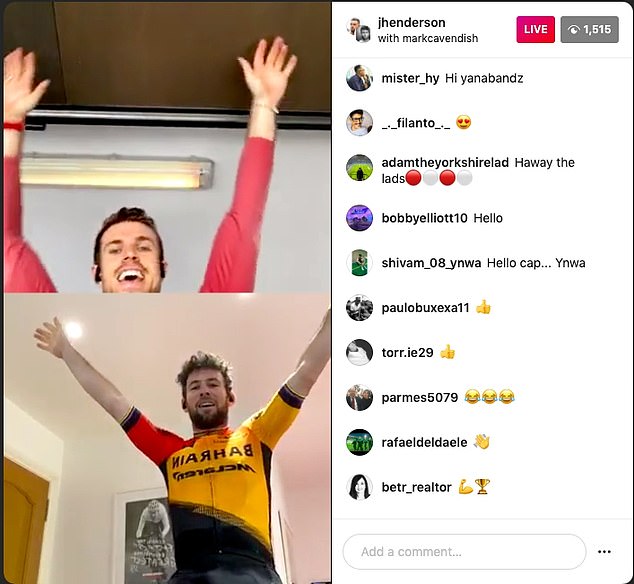 Cavendish said he usually does three or four hours a day on his bike while the Reds skipper is doing a variety of workouts to keep himself fit while the football season is on hold.

‘When I first came on this, it gave us two options rather than just ride so one was Everest and the other one was California and I just thought there’s no way I’m doing Everest, not a chance!’ Henderson said.

‘We’re trying to keep as fit as we can, it’s not the same – but trying to do as much as we can so we’ve still got a fierce level and there’s less chance of injury.’

The pair also spoke about the the possibility of the season resuming with both admitting they’re keen to see their sports get back to action. 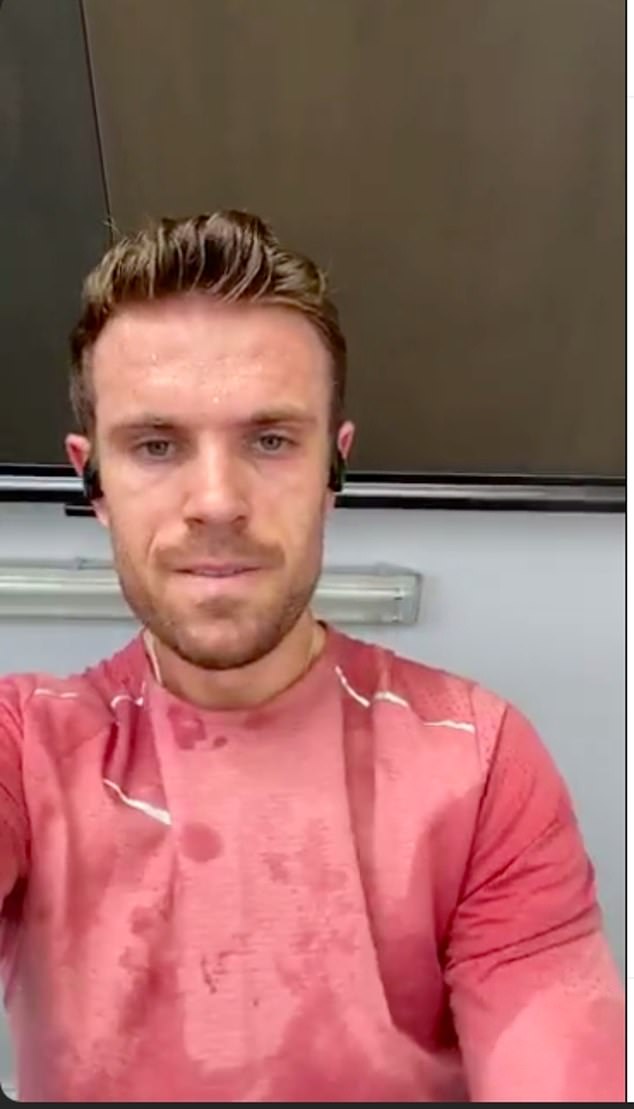 The Liverpool captain pushed himself to the limit in a series of intense, uphill interval sprints

‘Hopefully they can finish the season, you know what I mean,’ Cavendish said.

Henderson agreed and spoke about the difficulties of training alone and missing his team-mates.

‘Hopefully [they can finish the season], we’ve just got to wait and see, listen to what the government say and see where we’re at in a few weeks.

After they had been riding for 30 minutes the cyclist jokingly asked Henderson if he felt warmed-up.

Henderson responded in horror: ‘Am I warmed up? My quads are on fire man! 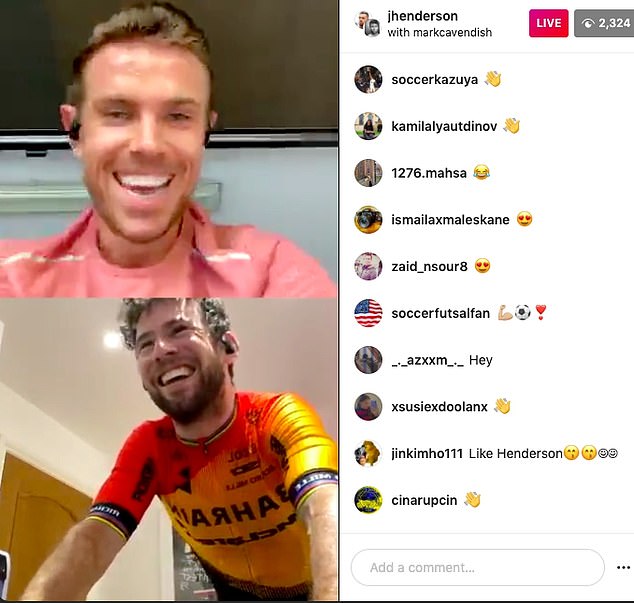 ‘I’ve unlocked some trophies there! I can’t wait to get you on the pitch to do some doggies.’

Like Henderson, Cavendish is keen to get back to his sport and hopes the Tour de France can be rescheduled.

‘Hopefully the Tour de France goes on, they’ve postponed it but we have people travelling all over and we can’t have a closed stadium for it or anything.’

French Sports Minister Roxana Maracineanu has said that sport is not a priority after previously suggesting the event could be held without the usual millions of spectators.