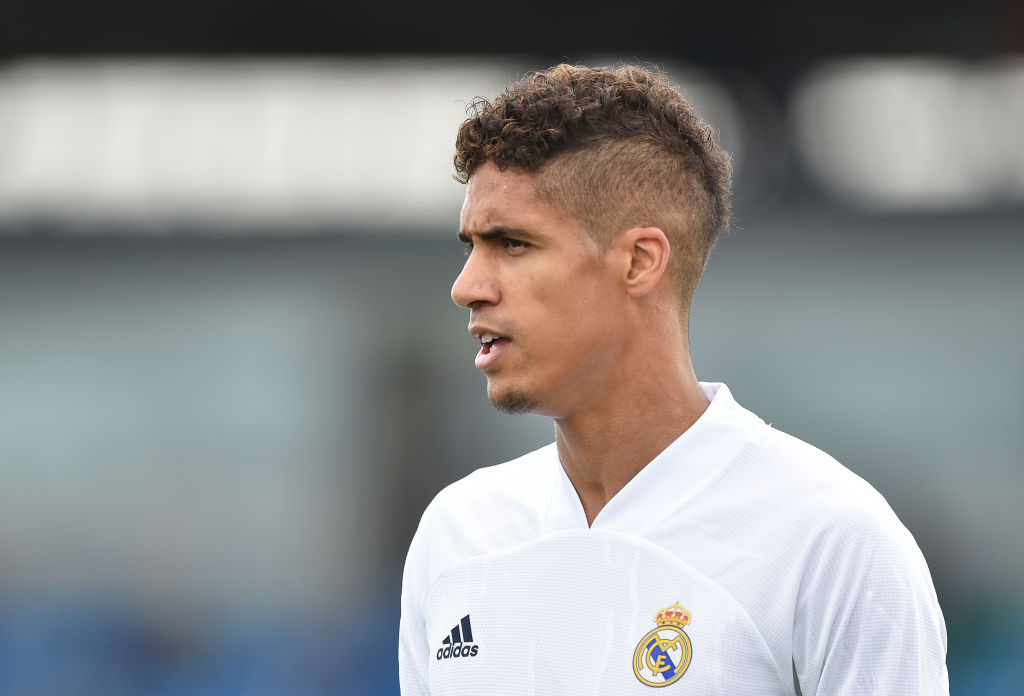 Manchester United forward Marcus Rashford has named Real Madrid and France star Raphael Varane as one of the toughest players he has gone up against.

United boss Ole Gunnar Solskjaer is keen on reinforcing his defensive line with a centre-back this summer, and the club are reportedly working on a move for Varane.

The 28-year-old, who won the World Cup with Les Bleus in 2018, has just a year left on his contract at the Bernabeu and could be available for around £40million in the upcoming transfer window.

Varane will be hoping to help fire Didier Deschamps’ side to glory at Euro 2020 this summer, with France going into the delayed tournament as one of the favourites to win the competition.

England international Rashford could go up against Varane, who he named in a recent Q&A as one of the most difficult defenders he has faced along with another Madrid centre-back in Sergio Ramos and Liverpool’s Virgil van Dijk.

‘That is a tough question,‘ Rashford said when asked to pick out the toughest defender he has faced at Premier League or international level.

‘I think an individual is different to a unit. Some teams defend really well as units and it’s teams like Burnley, for example, who do everything as a four. So if one pushes up, they all push up. If one drops, they all drop. It can be, at times, difficult to find space.

‘But then there are some top individual defenders – van Dijk, Ramos.

‘I thought, when we played against Real Madrid in a friendly, that Varane played and he was quite tough. So there are a few people.‘

After finishing second in the Premier League, 12 points behind champions Manchester City, Solskjaer has insisted that his squad needs strengthening this summer.

‘We were the second-best team, but too far behind to threaten the champions,’ Solskjaer told TV2 last week. ‘We have to strengthen ourselves.

‘Of course, something will happen in the transfer window.

‘The world has become very different than it was 15 or 16 months ago, but we have to make some moves in the transfer window and also with the team.’