Odion Ighalo has revealed that former Manchester United strikers Dwight Yorke and Andy Cole were his heroes as a youngster.

Ighalo, a boyhood United supporter, made a surprise switch to join the club on loan from Shanghai Shenhua in January, and says that studying footage of Yorke and Cole helped him to earn his move to Old Trafford.

Ighalo told United’s official website: ‘Well, I had a lot of football heroes. When I started supporting Man United, Dwight Yorke and Andy Cole were my heroes growing up. And some Nigerian players as well like Jay-Jay Okocha and Nwankwo Kanu. 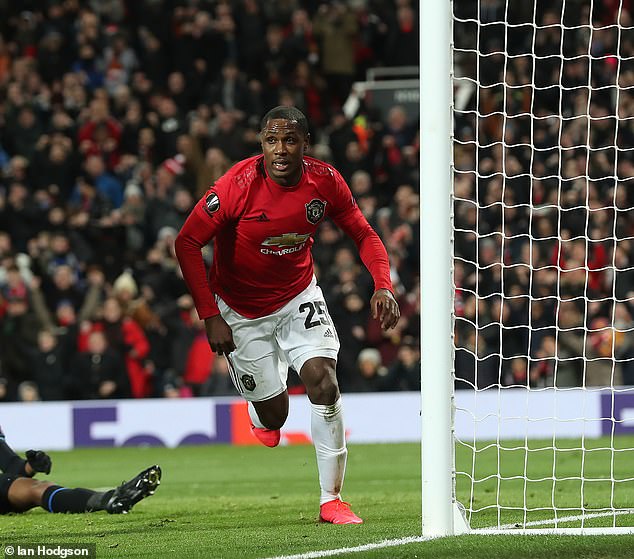 ‘They are great players, they were my heroes growing up and I watched them on TV. It is a great privilege for me to play at Man United, where great players like Dwight Yorke and Andy Cole have played.’

Yorke and Cole won an array of trophies at United and were both part of the club’s treble-winning side in the 1998-99 season. Yorke scored 66 goals in 147 games for United, while Cole found the net 121 times in 275 appearances.

Ighalo was inspired by the way in which the pair played and learnt much from analysing their performances. 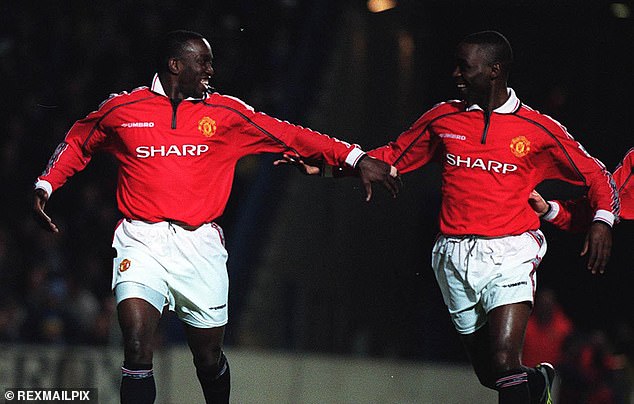 He said: ‘Yeah, I would say that as a striker I watched Andy Cole a lot and Dwight Yorke. They were great strikers and scored a lot of goals.

‘So I would watch their movements, the way they played, the way they created space for themselves, watching the way they met crosses behind defenders. I learned all of that and it has helped me a lot in my football career.’

Ighalo scored four goals in his first eight appearances for United before football in England was halted due to the coronavirus pandemic.

With his loan deal set to expire at the end of the season, it remains to be seen what the future holds for Ighalo, but he will certainly hope that he will get further opportunities to impress for United.