Man Utd: How close was deal for Haaland?

Besides the formidable Robert Lewandowski, there is no better test for any centre-back in world football than Erling Haaland. A 6ft 4ins powerhouse with Olympic sprint speed, built like The Terminator. Not only is he one of the most ruthless operators in world football but he is virtually unplayable when running at back peddling defenders, as Sevilla found out when put to the sword in last week’s Champions League round of 16 meeting at the Ramon Sanchez Pizjuan.

That night, representatives from Manchester United’s scouting department were in town. But they weren’t in Andalusia to watch Haaland or Jadon Sancho.

The purpose of the quick Spanish stopover was in fact to watch Sevilla’s ball-playing defensive gem, Jules Kounde – subject of a rejected £45million bid from Manchester City last summer.

Kounde has since confirmed he spoke with Pep Guardiola in Spanish on the phone and was offered reassurances of first-team football at the Etihad.

Sevilla director Monchi held firm though, despite the club’s unrivalled success turning over high-profits on their most valuable players.

JUST IN: Man Utd have perfect transfer solution in Raphinha and Bruno Fernandes comments show why 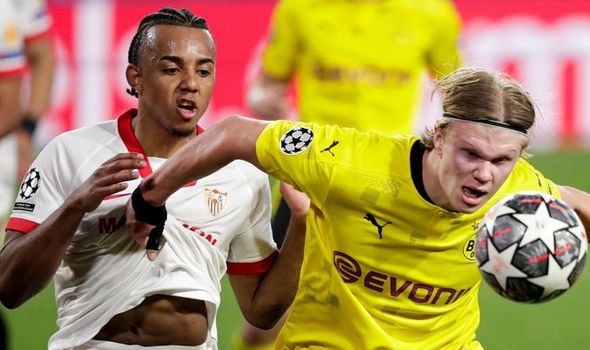 Monchi felt Kounde was different – a £21.5m pick-up from Bordeaux in the summer of 2019. He was adamant that his barnstorming debut campaign in Seville was just the start of things to come, his lucrative price-tag has since almost doubled.

Yet for all his talent, Kounde experienced a sobering baptism of fire up against Haaland who once again stole the show.

United’s scouts needed no reminding of the striker’s world-class qualities but this soon became an expedition that told them hardly anything about Kounde, who was ruthlessly exposed.

Thankfully, there is no shame in becoming Haaland’s latest victim but the Norwegian frontman tormented and dazed Kounde and Diego Carlos – one of the most highly-regarded pairings in European football – from the first whistle.

With every touch of the ball, Haaland showcased exactly why he seems to love the Champions League so dearly, the competition that put his name up in lights during his time at Salzburg.

His penetrative runs inside from the right were a thorn in Sevilla’s defensive and midfield lines, as their shape became more fragmented with every stride.

For Dortmund’s equaliser after Suso’s opener, Kounde’s failure to react and read the devastating movement of Haaland was brutally punished.

The 20-year-old skipped inside before dropping the ball off to Sancho, before continuing his run into the penalty box.

Kounde was static but failed to move his feet and follow his man, who buried Sancho’s lofted chip into the area through goalkeeper Yassine Bounou’s legs. 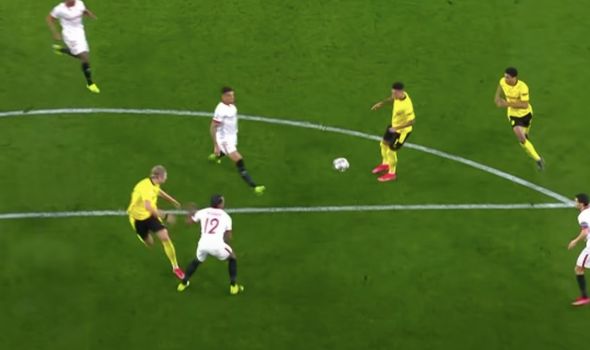 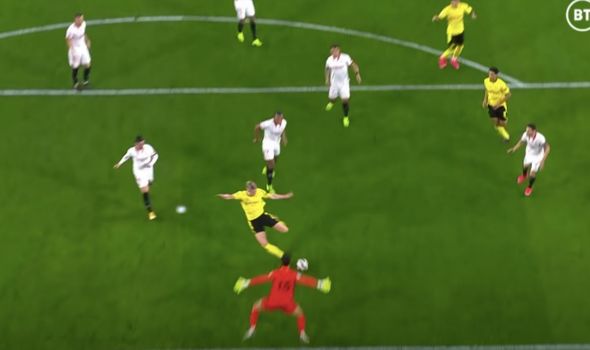 Haaland’s pure desire and striking instinct was half a second sharper than Kounde, who is two years senior. Sadly, his difficult night did not end there.

Dortmund’s talisman was really in the mood now and again, made a piercing run inside after Kounde was sucked out of defence to close Mahmoud Dahoud. Haaland stung the palms of Bounou from 22-yards, with Diego Carlos merely a shadow in his wake.

Ten minutes later, it was 3-1 with Haaland on target once again. Dortmund broke at pace and in numbers, leaving Kounde and Sevilla’s defensive cohort helpless.

In the second half, Kounde decided to get tighter to Haaland – who began to play more centrally – as the Sevilla backline retreated 10 yards and dropped deeper. 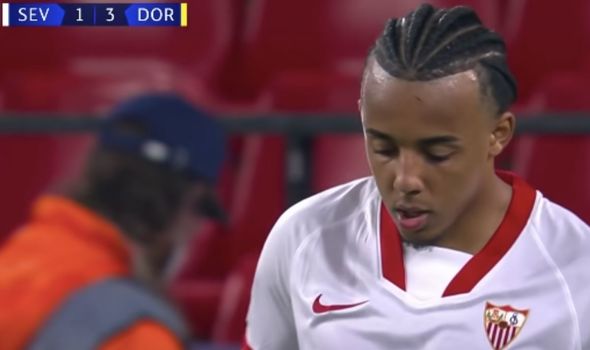 It was here where we began to see the best from Kounde, who looked accomplished in possession and more assured marshalling a lower defensive block.

Haaland is a phenomenon and Kounde’s chastening experience up against him in the first-leg will only make him a more complete player.

Despite his age, he remains pound-for-pound one of the best centre-backs in the current market.

He may not have looked like an £80million player, but if United were to take anything from their scouting mission in Seville, it was simply another sickening reminder that they somehow squandered the chance to sign Haaland for just £18m.

This match won’t define Kounde or cast any doubt over what has been another impressive campaign but the second leg will offer another sample of his mentality and character. This night belonged to Haaland.