If the best team in the land end up signing the best striker on these shores, many will feel as though it’s time to give up. The prospect of Harry Kane joining Man City would undoubtedly be a very difficult pill for Man United to swallow. After all, he is their dreaming signing.

Kane’s price tag is the primary reason he has eluded United for so long. If they had it their way they would have snapped him up years ago.

There is universal admiration for the England captain in the boardroom at Old Trafford and in many ways, he would be a vintage marquee United signing.

How many times did Sir Alex Ferguson move to nab the best striker in the league or a young centre-forward that was certain to explode?

But no matter how hard United try, Kane remains very much a pipe dream given that Tottenham are set to demand close to £150million. 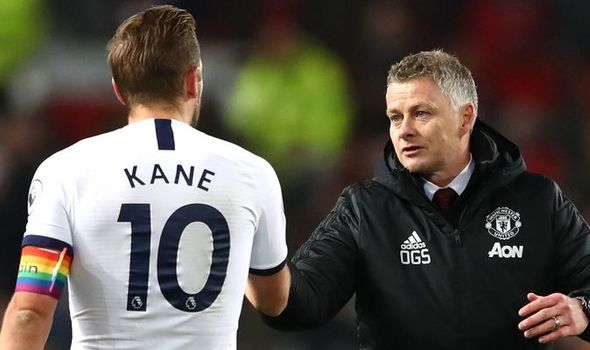 For City, who are still yet to spend over £100m on a player, that is less of an issue.

A striker to replace Sergio Aguero is very much the final piece of the puzzle, with the rest of their team already complete.

That means if required, they can blow their entire budget on a new talisman in attack, namely Kane.

Yet United are still several signings short of a title-winning team and now Edinson Cavani has signed a one-year contract extension, a striker is no longer top of the agenda as they focus their efforts on landing a centre-back. 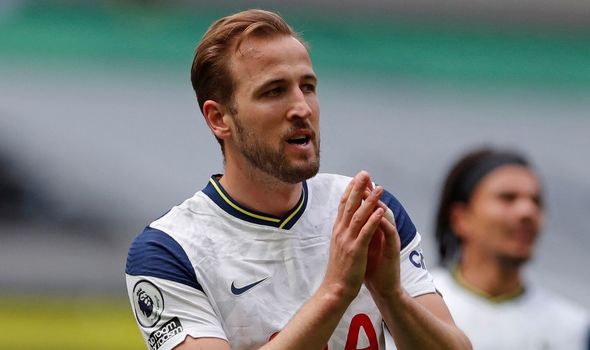 Kane is said to prefer a move to City and should he leave Tottenham, the Etihad Stadium is his most likely destination.

It would be difficult for United to sit back and watch the deal happen but further down the line, they could still reap the rewards of a small domino effect.

Besides Kane, Erling Haaland is also a hot topic of conversation but City’s interest in the Norwegian is likely to end if they get Spurs’ star man.

Borussia Dortmund are desperate to keep hold of Haaland for another season, even if that means losing him for cheaper next season.

That’s where United may profit, particularly if main rivals City are no longer in the race to sign Haaland.

In the summer of 2022, Haaland’s £64m release clause comes into play and a scramble for his signature is expected to commence.

Cavani’s contract will be expiring at that point meaning it will be the perfect time to bring in a new No 9.

Although United do not see eye-to-eye with Mino Raiola, Haaland’s release clause and represents the best chance of signing him without the burden of complicated negotiations.

Kane turns 28 this summer and his injury history raises questions about his longevity, whether that is fair or not. 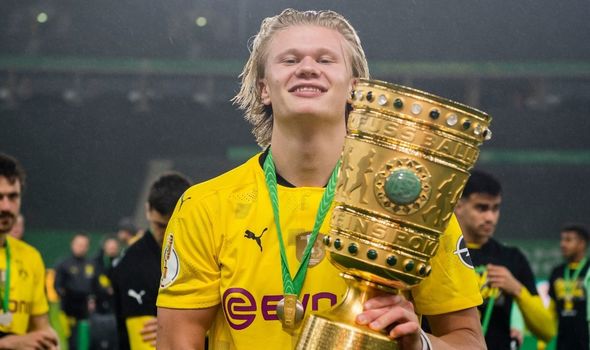 He has suffered a number of serious ankle injuries although it’s believed he’s still yet to reach his prime.

In that sense, Haaland would represent better value for United and his price is likely to soar in years to come.

Not only that but he has also previously worked with Ole Gunnar Solskjaer at Molde, who knows how to get the best from him.

There’s no doubting that Kane would be a stellar acquisition for United but at £150m – what is likely to be virtually their entire budget – the deal doesn’t make entire sense.

Haaland on the other hand feels like a no-brainer at a bargain price.

It won’t be easy to beat the likes of Chelsea, Real Madrid and Barcelona to the Dortmund frontman but should United manage to pull it off, they may end up getting the better deal all things considered…