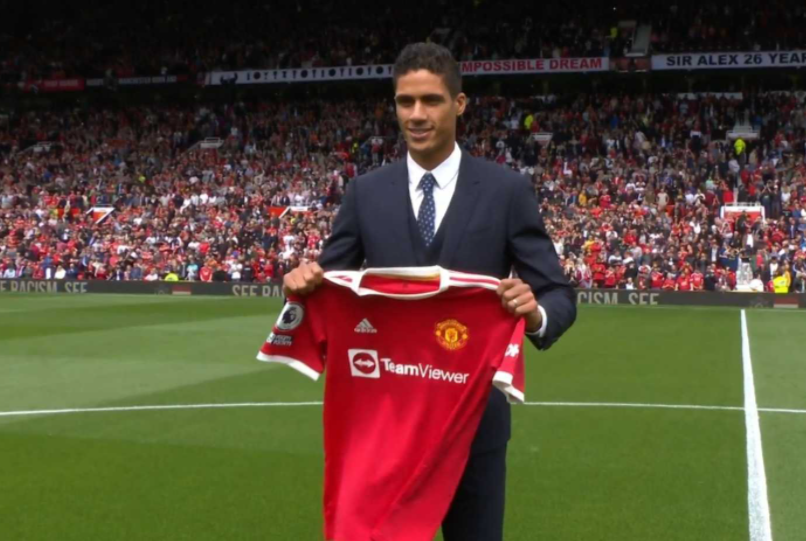 Manchester United have finally officially completed the the signing of Raphael Varane from Real Madrid.

The Premier League giants agreed a deal in principle with their Spanish counterparts over a fortnight ago, but the deal was held up by a series of technicalities.

Varane’s VISA application took longer than expected, before he was forced to quarantine in line with UK government Covid protocol upon his arrival in England.

The 28-year-old completed his medical on Wednesday, however, and is now in line to make his potential debut against Leeds United at Old Trafford this coming weekend.

Given his lack of preparation, however, Varane is likely to start on the bench this weekend with Harry Maguire and Victor Lindelof continuing their partnership at the heart of United’s defence for their season opener.

The experienced France international came close to joining United a decade ago from Lille, before his head was turned by compatriot Zinedine Zidane, who convinced him to join him in the Spanish capital.

Varane becomes United’s third major signing of the summer following the arrivals of Jadon Sancho and Tom Heaton, who returned to his boyhood club from Aston Villa earlier this summer.

United still hope to add at least one other major signing to their squad, but their hopes of prising Kieran Trippier away from Atletico Madrid appear to be diminishing with the Spanish club unwilling to accept less than £30million for the former Tottenham right-back.

Sancho, meanwhile, began training with his new club on Monday and according to The Sun, could come straight into the starting XI this weekend alongside Bruno Fernandes and Mason Greenwood with Anthony Martial leading the line.

Edinson Cavani, however, is expected to miss the start of the season after being granted extended leave this summer after his Copa America campaign with Uruguay.

United will also be without Marcus Rashford who is set to undergo surgery on the shoulder injury that restricted him to a bit-part role during England’s Euro 2020 campaign.