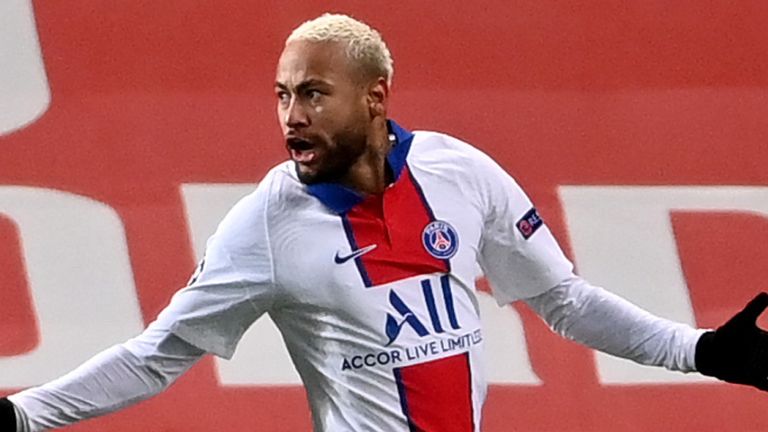 Manchester United’s qualification to the last 16 of the Champions League hangs in the balance after PSG won a lively encounter 3-1 as Fred was sent off.

Neymar struck first for the visitors (5) in a game they couldn’t afford to lose in Group H before Fred escaped with only a yellow card when pushing his head aggressively into Leandro Paredes.

With the game ebbing and flowing, Antony Martial missed from six yards out and Edinson Cavani struck the crossbar with an exquisite chip but it was PSG who edged in front when Marquinhos (69) bundled home from close range.

Fred, who committed four fouls in total, received his marching orders less than a minute after United fell behind for a second booking, although replays showed he did get the ball.

PSG made the extra man count in the closing stages when Neymar rubberstamped the victory (90), leaving United still needing a point from their final game in RB Leipzig to qualify for the last 16.

United are back in action on Saturday with a trip to the London Stadium to play West Ham, live on Sky Sports. They then travel to Leipzig for their Champions League decider on Tuesday.