Manchester City ‘plan £100m summer raid for Erling Haaland’ before his £66m release clause kicks in as Pep Guardiola looks to replace Sergio Aguero with a ‘£400,000-a-week offer to fend off rivals’

Manchester City are reportedly lining up a summer move for Erling Haaland as the club look to steal a march on their rivals.

The Premier League leaders are lining up a £100m bid for the Borussia Dortmund striker according to The Mirror, despite the fact a clause in his contract will make him available for £66m in the summer of 2022.

Pep Guardiola is unwilling to wait and is desperate to land the man he sees as the ideal replacement for Sergio Aguero, whose contract expires at the end of this season. 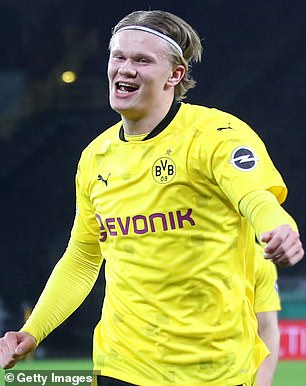 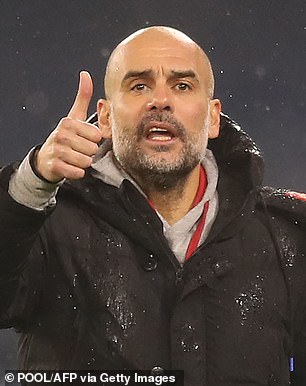 Other clubs including Chelsea and Manchester United are also interested in signing the 20-year-old, but City are reportedly willing to offer Haaland wages of £400,000-a-week in an attempt to blow their rivals out of the water.

Guardiola seems certain to add a striker to his ranks this summer, with Aguero’s future uncertain and the Argentine having been limited to just three starts this campaign due to injury and illness.

Gabriel Jesus has seemingly been unable to convince his manager he is the main to replace Aguero, with the 23-year-old managing four league goals so far this season. 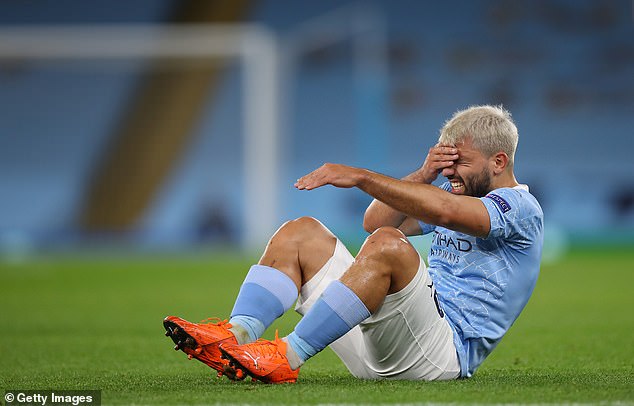 Haaland, whose father Alf-Inge made 41 appearances for Manchester City between 2000 and 2003, has been in prolific form for Dortmund ever since his arrival last January.

The Norweigan has netted 22 goals in 21 matches for the German side this season, including six in just four Champions League appearances.

While his current contract at Dortmund takes him through until 2024, a move away seems increasingly likely for a striker who has attracted attention from the world’s biggest clubs. 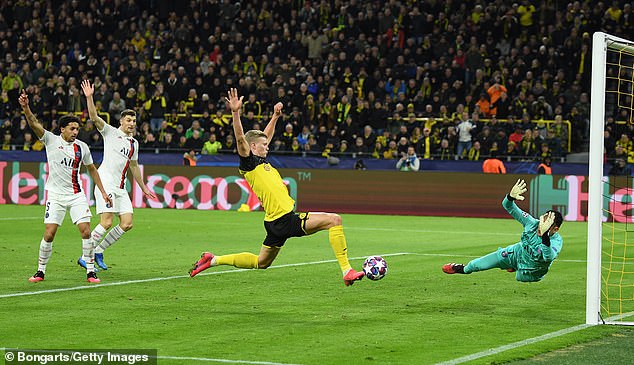