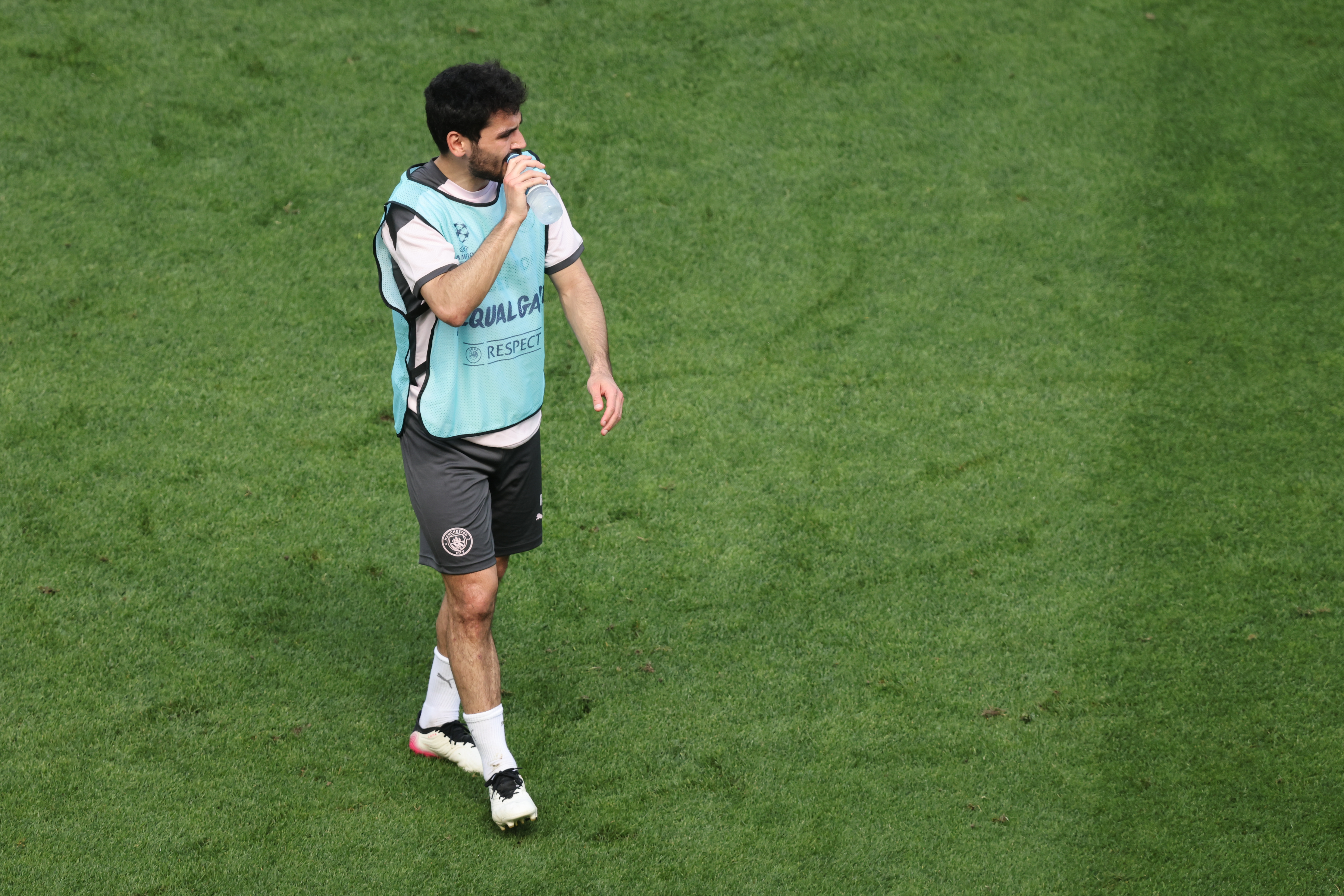 Pep Guardiola will likely be sweating over Ilkay Gundogan’s fitness after the midfielder appeared to be nursing a thigh issue and walked out of training on the eve of Manchester City’s Champions League final clash with Chelsea.

Gundogan has established himself as a key player in a more advanced role under Guardiola this season and has notched up three goals and one assist en route to Saturday’s all-English affair in Porto.

The 30-year-old completed every minute of City’s two-legged semi-final victory over Paris Saint-Germain and looks a shoo-in to start tomorrow night if fully fit, especially as he’s their only player with any experience of playing in a Champions League final.

And while Gundogan should have been feeling fresh after being rested for the side’s recent 5-0 win over Everton, there were worrying scenes this evening as the Germany international left training early.

This was before he went off the pitch. pic.twitter.com/JKsC1Yq4lm

The former Borussia Dortmund star seemed to be struggling with a thigh problem and looked in some discomfort as City’s squad were put through their paces during the hour-long session at the Estadio do Dragao.

It came after Gundogan collided with club captain Fernandinho while attempting a diving header.

Fernandinho was later pictured putting his arm around Gundogan and the latter briefly spoke with a member of City’s coaching staff before gingerly making his way down the tunnel.

Though Gundogan walked without assistance and seemingly without serious pain, the sight of such an important player failing to complete the session will be a slight concern for Guardiola with just over 24 hours to go until kick-off.

Earlier this month, Gundogan was taken off after scoring the opener in City’s 3-2 defeat away to Brighton but Guardiola insisted the German was replaced as a precaution.

Gundogan has enjoyed comfortably his best season yet in front of goal with the newly-crowned English champions, netting 17 times in all competitions.