Manchester United are keen on signing Monaco left-back Fode Ballo-Toure, according to transfer expert Duncan Castles. Luke Shaw and Brandon Williams have both impressed this season at left-back under Ole Gunnar Solskjaer. However, it appears Solskjaer still believes that is an area of the pitch that still can be improved.

Ballo-Toure, 23, is a former France youth international who started his career at Paris Saint-Germain.

After spending 18 months at Lille, he left to join Monaco in January 2019 for a fee of around £10million.

Castles says he has been told Ballo-Toure has the character to succeed in the Premier League if United were to sign him.

“The player that United are looking at is Fode Ballo-Toure,” Castles said on the Transfer Window podcast. 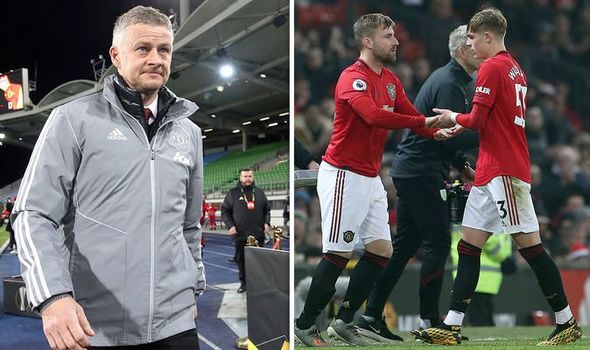 “He’s a 23-year-old left-back. He is an exceptionally quick, very powerful player, physically has lots of stamina, strikes me as having a very good profile for English football from a physical perspective.

“Also I’m told he’s an excellent character, so there’s belief that he would transfer well from the French game to the English game and not have as long an adaptation process as some players do when they switch countries.”

However, Castles claims there are doubts over Ballo-Toure’s defensive qualities.

He added: “There’s a bit of a question about his football intelligence, it’s a common theme I think with left-backs, attacking left-backs in football these days, because there’s such an emphasis on players who can add to the attack, the defensive qualities can sometimes be questionable.

DON’T MISS
Bundesliga UK coverage: How can I watch Bundesliga in the UK? [EXPLAINER]
Sports quiz questions and answers: The best sport quiz for you at home [QUIZ]
RB Leipzig taunt Liverpool fans over Timo Werner ahead of Bundesliga return [SOCIAL]

“That’s the doubt people have about Ballo-Toure, where they want to see him develop.

“He himself is on record as saying his concentration is a weak point.”

“Dortmund’s business model does include selling players and they didn’t sell anyone last summer, so you’d expect them to make a big deal this summer,” Honigstein told the Evening Standard. 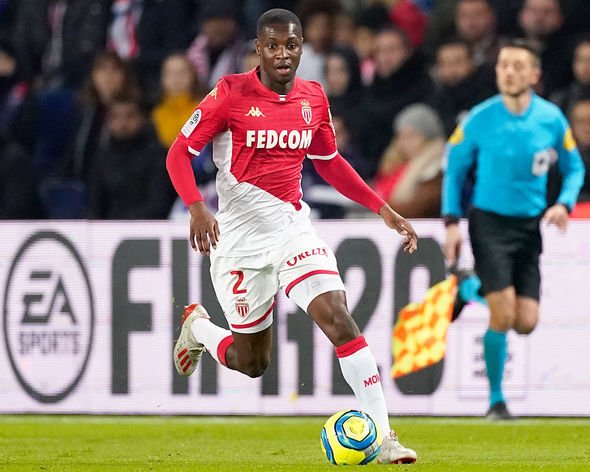 “In all fairness they did expect the Sancho deal to happen this summer, but the question now is – which way is it going to go?

“There’s a view that I’ve seen reflected in some of the media coverage that Dortmund are desperate for cash and will sell, and the prices will come down, and United will be in a position to swoop – but I’m not sure that’s 100 per cent accurate.

“There’s a bigger chance that Dortmund will say: ‘You know what, the market is depressed.’ If you have a lovely house to sell and you can’t sell it this summer, why would you?

“The only thing working in United’s favour is that his contract is running down and they could make the argument that… there’s a discount to be had.”