Manchester United have been urged to snap up either Raul Jimenez or Harry Kane once they complete a deal to sign Jadon Sancho because signing two “marquee” talents would be enough for them to bridge the gap to Liverpool and Manchester City in the Premier League and also help them in cup competitions. That’s the belief of Robbie Savage.

United’s season was ended by Sevilla earlier this week with the Europa League winners, who beat Inter Milan in Friday night’s final, knocking out Ole Gunnar Solskjaer’s men in the semi-finals.

It followed semi-final defeats for United in the Carabao Cup and FA Cup, although they still crucially managed a top-four finish to seal qualification for next season’s Champions League – their main priority for the campaign.

Now, Solskjaer and co. will have their ambitions set on catching up to their two arch rivals in the English top flight next term having ended up 33 points behind champions Liverpool in 2019-20.

In their hopes of doing so, the Norwegian coach wants United vice-executive chairman Ed Woodward to land a deal for Borussia Dortmund winger Jadon Sancho.

Negotiations between the two clubs have been ongoing for some time with Dortmund demanding £108million to offload the 20-year-old England international.

Yet with United having made him their No 1 target, it is expected a breakthrough will eventually be made – even if it means United bending to the German club’s will. 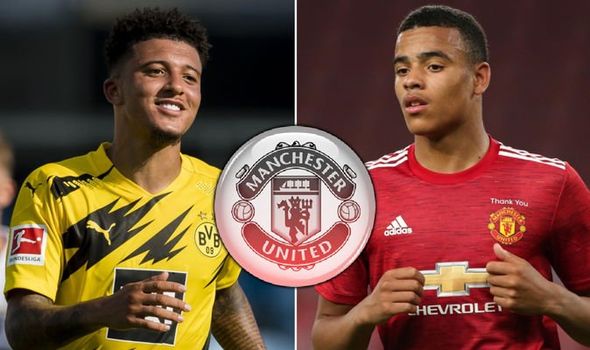 And Savage thinks that Sancho can certainly help United to make real progress on the domestic and continental stages next term, but thinks after an agreement is brokered, the club’s priority must be to sign a lethal goalscorer.

United’s profligacy was a key problem in their defeat to Sevilla and while Anthony Martial has enjoyed the finest goalscoring campaign of his career and Mason Greenwood has broken through to prove himself a future superstar, Savage believes a more prolific No 9 is needed.

Part of that is because he believes the 13-time Premier League champions must be wary not to heap too much pressure on 18-year-old academy graduate Greenwood, who contributed 17 goals in 49 games last term despite having spent half of that time out on the right flank – where Sancho will play if he arrives.

Mexican Jimenez, 29, has 44 goals in 99 games for Wolves – along with 18 assists – while 27-year-old England striker Kane, who would be the more expensive of the two, has mustered an incredible 188 goals in 287 games for Spurs to go with 33 assists. 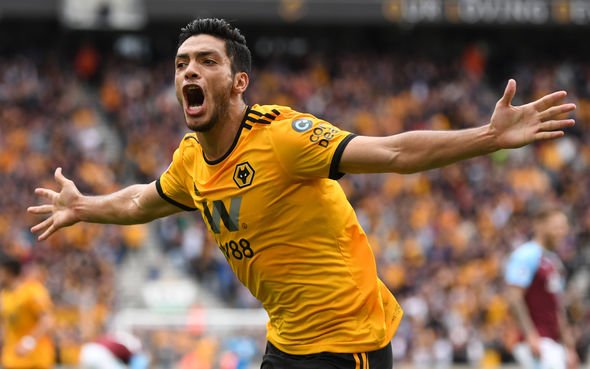 “Three years without a trophy is too long for a club of Manchester United’s stature,” Savage said of the Red Devils, who have gone three seasons without silverware for the first time in 31 years, while writing for the Daily Mirror.

“If Ole Gunnar Solskjaer wants to end the famine, he needs ruthlessness in the box – and, for me, that means going all-out to land the striker and the leader who will bring home the silverware.

“United have already spent more than £500million on new players in the last four years. Now it’s imperative that they spend the next transfer pot wisely.

“But to take that next step – to the title, to cups, in Europe – they need someone to take their chances. Someone like Harry Kane or Raul Jimenez.

“United should have won the Europa League. They were the best team left in the competition at the semi-final stage, and they missed a trick against Sevilla.

“At the end of a long season, the facts speak for themselves. United reached three semi-finals and finished third in the Premier League. In other words, serious contenders in every competition – but winners in none.

“Add two marquee signings to this group and they will turn near misses into trophies.

“Whatever happens in United’s pursuit of England’s rising star Jadon Sancho – and Borussia Dortmund are playing hard-ball over both the £108million asking price and the player’s availability in this window – I believe their top priority is a world-class centre-forward.

“But to ask 18-year-old Greenwood, who was a revelation in his first season, to play the No.9 role would be too much pressure on a young kid.

“If I were in Solskjaer and executive vice-chairman Ed Woodward’s shoes, I would throw 100 per cent of my efforts at signing a top, top striker in this window – preferably Kane or Jimenez.

“Sancho is a fantastic talent, and one way or another I suspect he may well end up at Old Trafford. But right now, United’s greatest need is for ruthlessness in both boxes.

“That means a proven goalscorer who would have buried those chances against Sevilla, and other games where United became too reliant on Bruno Fernandes penalties, to make the difference.”

United legend Dwight Yorke however wants Solskjaer to show patience with Martial, 24, who scored 23 goals last term as he acted as a centre-forward in place of the departed Romelu Lukaku. 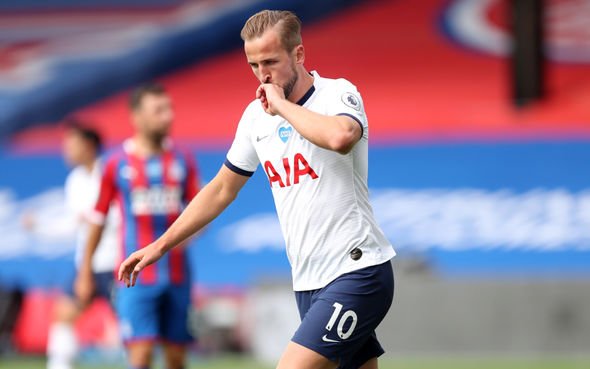 “A number nine is a very unique position,” Yorke told talkSPORT. “It’s a very rare breed and it seems like it’s gone out of the game a bit.

“It’s a specialist position and probably the hardest position you can play, with your back to goal and having to hold off defenders and make runs; you can only get better in that position if you play week-in, week-out.

“Look at the top goalscorers in the Premier League: Robbie Fowler, Ian Wright, Alan Shearer, Andy Cole – those players only played just in that position.

“Anthony Martial is like myself, Thierry Henry, maybe Wayne Rooney and even Cristiano Ronaldo – starting on the wing, developing and improving their skills and then get to that number nine position. That’s what Martial is doing now.

“I think Martial will get better, but he needs to play in that position a lot more, He needs to learn his trade. ‘These guys are in their early 20s, I didn’t play as a centre-forward until I was around 24 and if you look at Henry and those guys, they all get to that position around the same age.

“So it’s a work in progress. I understand Man United are there to challenge and they need to bring in players, of course, but the players they have are excellent and it’ll be interesting to see how Ole will develop those players and use them.

“Ole was a frontman himself, so he should know how to improve these players. And look at how many goals Martial has scored this year – he can only get better!”