Villarreal defender Pau Torres has revealed asking former Liverpool duo Steven Gerrard and Fernando Torres for a photograph. The 24-year-old defender will take part in tomorrow night’s Europa League final, where he will come up against Manchester United.

Torres has had an impressive season for Villarreal and has been linked with a summer switch to Ole Gunnar Solskjaer’s side.

But despite reported interest from the Red Devils, it would seem that the Spanish international is an admirer of Liverpool.

When discussing the differences between La Liga and the Premier League, Torres explained how he came to meet Torres and Gerrard early on in his career.

“This year because of the pandemic there have been no fans but the atmosphere that exists in each stadium (Premier League) is magical but unfortunately, here in Spain, lacking in all but a few stadiums. The rhythm the game is played at; matches are dynamic with many transitions and I think you can face up to the fastest forwards in football. For the fan it is a very attractive type of football,” he told Spanish football expert Guillem Balague. 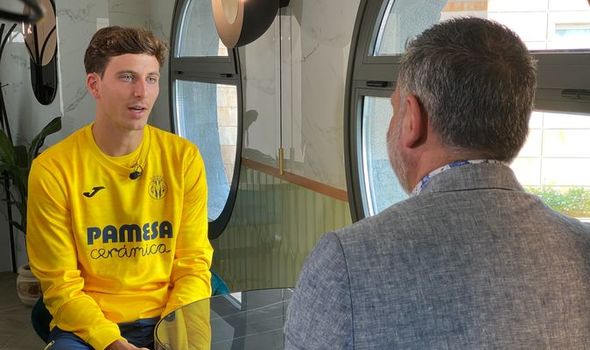 “When I meet Rodri, who I played with at Villarreal, he tells me that he is delighted to be able to play in the league has gone to. He also tells me a lot about the respect people have for the footballer.

“For example, he goes down the street with his girlfriend or his family and can go quietly to dinner. Nobody bothers him. It’s not that in Spain that they bother because in the end I have also asked my idols for a photo but what happens in England is something to be admired.”

“Of those who were here, I asked Santi Cazorla, Capdevilla, Forlán for photos. The only thing I remember… because they came to play a summer tournament here at Villarreal… were Liverpool’s Torres and Steven Gerrard and I think I have a photo with them of when they came to train at the sports city.”

Torres has been named in Spain’s 24-man squad for Euro 2020, making the cut ahead of Real Madrid defender Sergio Ramos.

Despite experiencing such a rapid rise in recent years, the Villarreal academy graduate has played down talk of making a big-money move.

“For now, I only think as a player dressed in yellow. I see my life linked to this club. For now, I have a contract here [until June 2024] and I do not see beyond this final or what may come this summer,” he admitted.

“God willing, I can be in the Euros. I only want the first title for my club, for my people, and then to represent Spain in a tournament as big as this.”

Guillem Balague is a European football specialist and host for the Pure Football podcast: https://playpodca.st/purefootball.