Manchester United still have Erling Haaland as a transfer target despite his January move to Borussia Dortmund and the Red Devils were given an insight into what the young striker is looking for after he revealed what is important to him in the next stage in his career.

Haaland had been in electrifying form this season for Red Bull Salzburg and Dortmund.

The 19-year-old has already scored 40 goals and provided nine assists in just 33 appearances in all competitions for the two clubs this season, with 12 of those goals coming in 11 games for the German club.

United failed in their attempt to sign Haaland from RB Salzburg, with the Norwegian hit-man joining Dortmund instead after they paid his £17million (€20m) release clause.

However, according to reports, United remain interested in Haaland. 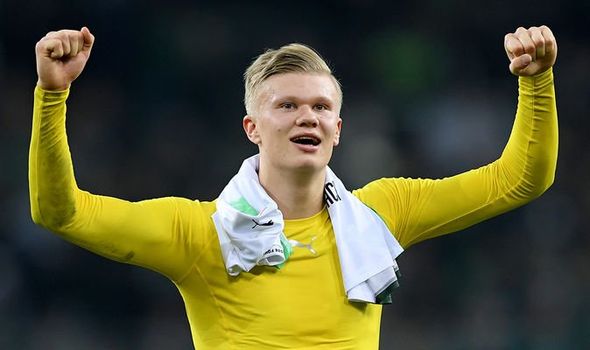 And in an interview with Eurosport, the youngster has offered advice to any potential future suitors.

“You’ve got to time how good you are, how good the club is, the people there, how they take care of you, how they help you evolve,” Haaland said.

“There are a lot of factors and I remember when we discussed Salzburg and different clubs we figured out very early that Salzburg was the best option.

“And I’ve always thought ‘I can’t overrate myself’.

Reflecting on his emergence as one of the most sought after strikers in European football, Haaland said: “I’m feeling very well, and yes, it’s been like a dream.

“But there have also been matches in the past that haven’t been that good, so it hasn’t been perfect, but I’ve had some very good years.

“Today I’m very happy, and I still have very good people around me, if not better, so I’d say this is just the beginning and there is much more to come.” 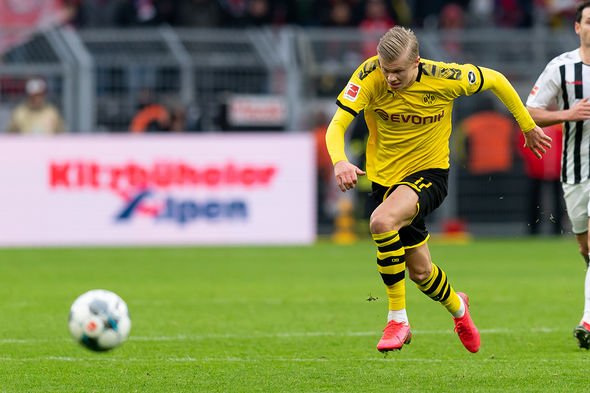 And while United are keen on Haaland, so are Real Madrid.

The Red Devils are looking for a replacement for Romelu Lukaku, who was sold to Inter Milan last summer, while Real are exploring their options given Luka Jovic’s poor form.

The 22-year-old joined from Eintracht Frankfurt for a fee of around £52m (€60m) last summer but has only managed to find the back of the net in La Liga on two occasions in his debut season.

According to Spanish publication AS, Real know Haaland’s buy-out clause will rise to £66m (€75m) at the start of the 2020/21 winter transfer window.

As a result, they are considering tempting Dortmund with an offer of the same amount in the summer.