Manchester United boss Ole Gunnar Solskjaer will be hoping his team’s Premier League title push continues into the second half of the season. He may decide that his best chance of continuing the title race is to dip into the transfer market… But there’s only a few days to go until the window slams shut.

United are currently second in the league table; a point behind rivals Manchester City, albeit having played a game more.

The Red Devils were in excellent form, until they lost 2-1 to Sheffield United on Wednesday night (January 27).

Kean Bryan opened the scoring for the Blades at Old Trafford midway through the first half.

Oliver Burke scored the winning goal with 15 minutes from time, despite United’s Harry Maguire equalising for the hosts 10 minutes earlier. 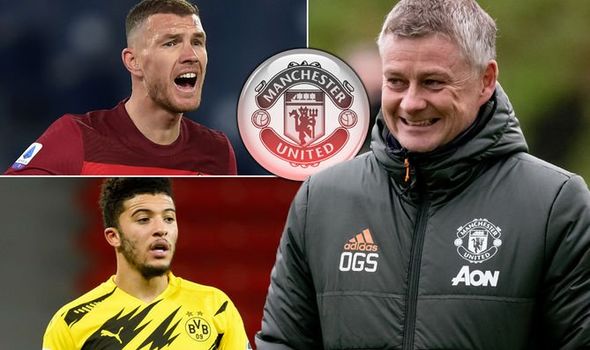 Next up is a crucial match against Arsenal in the Premier League on Saturday afternoon.

A defeat could see United fall seven points adrift of league leaders City, if Pep Guardiola’s side win their games in hand.

United are still in the FA Cup, however, as well as the Europa League.

They take on West Ham United in the FA Cup next month, before heading to La Liga’s Real Sociedad in the Europa League the following week.

The Red Devils have been offered the chance to sign former City striker Edin Dzeko, according to Gazzetta dello Sport.

The Bosnian has reportedly fallen out with Roma manager Paulo Fonseca, and is looking to leave the Serie A side.

Roma are currently refusing to let Dzeko train with the rest of the squad, and he was stripped of the captaincy.

Roma have offered Dzeko to both Manchester clubs in a bid to seal his exit before the end of the transfer window. 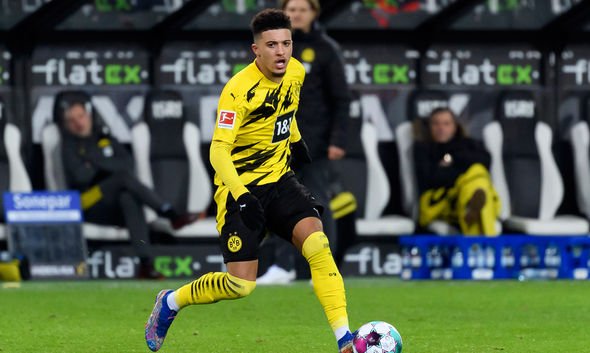 United have been tracking Jadon Sancho for the past 18 months, after his meteoric rise in the Bundesliga.

The Red Devils reportedly tried to sign Sancho last summer, but were priced out of a deal by Borussia Dortmund.

But Dortmund are now willing to listen to smaller offers for Sancho, as the club has been financially hit hard by the coronavirus pandemic, according to Sport1.

Dortmund are also currently outside of the Champions League qualification places, which would instigate further financial woes on the Bundesliga giants.

United chief Ed Woodward is believed to be readying a bid for Hoffenheim’s Christoph Baumgartner.

The midfielder has been dubbed as the ‘next Michael Ballack’, as he’s able to operate across the entire midfield.

The Red Devils face competition from a number of Premier League clubs, according to The Sun.

But United are watching Baumgartner closely, and are ready to make him a top target.