Manchester United are preparing to make a £40million bid to sign Real Madrid defender Raphael Varane, according to reports. United are intent on signing a top-class central defender this summer and have now decided Varane is the best option available to them.

Ole Gunnar Solskjaer’s side were always going to be on the lookout for a centre-back when the summer transfer market opens on June 9.

But Thursday’s 4-2 defeat by Liverpool at Old Trafford has underlined the team’s weakness in central defence.

Solskjaer was forced to field Victor Lindelof alongside Eric Bailly, with captain Harry Maguire out injured after picking up an ankle injury in the 3-1 win over Aston Villa on Sunday.

The hosts were shaky at the back, with Roberto Fimino scoring twice and further strikes from Diogo Jota and Mohamed Salah securing Liverpool’s first win at Old Trafford for seven years.

United have been linked with Varane on several occasions and narrowly missed out on signing him from Lens in 2011, with the Frenchman joining Real instead. 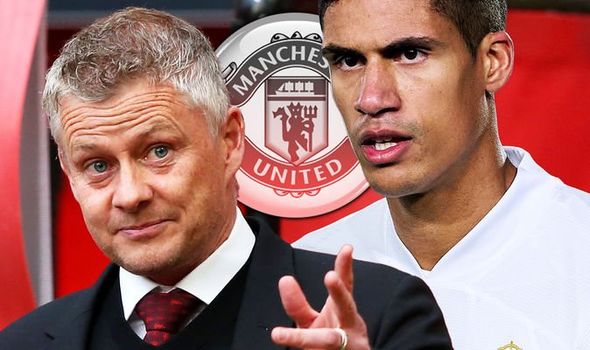 However, Varane is about to enter the final year of his Los Blancos contract, giving United confidence they can finally land their man.

According to the Mirror, the club have now settled on Varane as their number one target to partner Maguire next season and are readying a £40m bid.

It is claimed that Solskjaer has personally told United chiefs that he wants the defender signed in the summer.

The World Cup winner with France in 2018 has enjoyed a trophy-laden decade with Real but has reportedly told the club that he wants a new challenge.

The 27-year-old has made 40 appearances for Zinedine Zidane’s side this season, helping Real reach the semi-finals of the Champions League and sit second in La Liga, two points behind leaders Atletico Madrid with two games left.

The Manchester Evening News have previously reported that the Spanish giants offered Varane the club captaincy in a bid to hold on to him.

Real president Florentino Perez recently admitted to El Larguero that ‘some players will have to be sold’ and ‘if someone does not want to be [at Real Madrid], then they leave’.

While Varane has now emerged as their top target, United have been linked to other defenders in recent weeks.

Sevilla’s Jules Kounde, Leicester City’s Wesley Fofana and Cristian Romero, who is currently on loan at Atalanta from Juventus, have all been linked with moves.