Charlie Nicholas says Arsenal should sell Pierre-Emerick Aubameyang to Manchester United if the Red Devils offer £100m. The Gabon international is out of contract at the end of next season. Arsenal are in talks with their star striker over a new deal, however, the Gunners could cash in on Aubameyang if he doesn’t commit his future to the club.

United, Barcelona and Real Madrid are eyeing the 30-year-old.

And Arsenal hero Nicholas says the Gunners should cash in on Aubameyang if United make a mammoth offer for the forward.

Nicholas compared the situation to Robin Van Persie’s, when the striker quit Arsenal for United in 2012 and went on to win a Premier League title.

When asked if Arsenal can risk another Van Persie situation, Nicholas told SportingLife: “It depends what people put down as a risk. You give him to Man Utd. If he was to go there, does it help Arsenal? No. 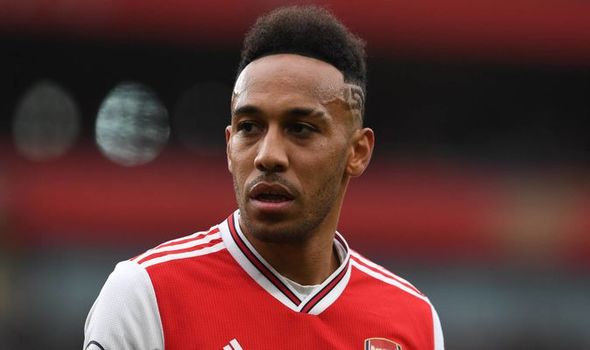 “If Aubameyang wants to go, you ideally want him out of the Premier League, that is the general aspect. If I was Aubameyang, he will be thinking about what happened to Alexis Sanchez.

“Would he want to be a part of a superstar reload at Manchester United? Is there a great appeal to that? If it was Liverpool or Man City I would get that. Man Utd are miles away from the top two, but they have the money and better idea of where they can see the progress coming from.

“Arsenal have been in a mess and are only five points behind them with a game in hand. There is not a lot in this.

“I do not see the glamour and appeal of joining Man Utd. Would he win the title with Man Utd in the next few years? I don’t think so.

“He might not even be in the Champions League if he was to join. What is the real appeal? Is it salary? I don’t think he is that type.

“Van Persie jumped to a massive salary, but Man Utd are not the same calibre as what they were. Would he be the cutting edge to them? Man Utd have other issues to address like Arsenal.

“If Arsenal were to get £100m for him to sign for Man Utd, I would take that. It will make them better, that is why they would pay big.

“Arsenal were the challengers to United for the title, but now neither of them are. Man Utd offer £100m for Aubameyang, sell him.”