Manchester United goalkeeper Dean Henderson has warned David de Gea that he wants to be playing as many games as possible after committing his future to the club. Henderson signed a bumper six-year contract at Old Trafford, and wants to oust De Gea as the club’s number one.

Henderson had been linked with a move away from United this summer.

The goalkeeper shone out on loan at Sheffield United, and the Blades wanted to keep him.

With De Gea fumbling in goal for the Red Devils towards the end of the season, there had been suggestions that he could be sold this summer to make way for the younger Henderson.

The 23-year-old had insisted he didn’t want to return to Old Trafford to be a back-up to De Gea, and appeared to fire a warning to the Spaniard as he signed his new deal. 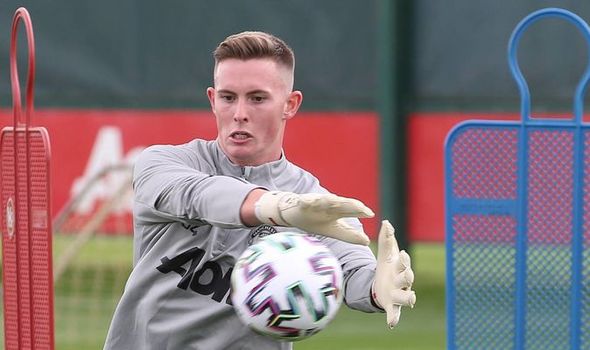 He said: “I’ll be giving everything to improve every day so that I can play as many games as possible for this great club.”

De Gea’s contract will expire in 2023, while Henderson will be at the club until 2026 unless he is sold.

United boss Ole Gunnar Solskjaer has always been adamant that De Gea is his first choice at the club and is one of the best goalkeepers in the world.

The head coach insisted he wants Henderson to provide competition for the Spaniard, but stopped short of guaranteeing him any game time.

Speaking to the club’s official website, Solskjaer instead said he wants the youngster to fight for his place in the side.

He said: “We are delighted that Dean has signed his new contract.

“He had another great season at Sheffield United, where he gained a lot of experience and grew both as a player and a person. 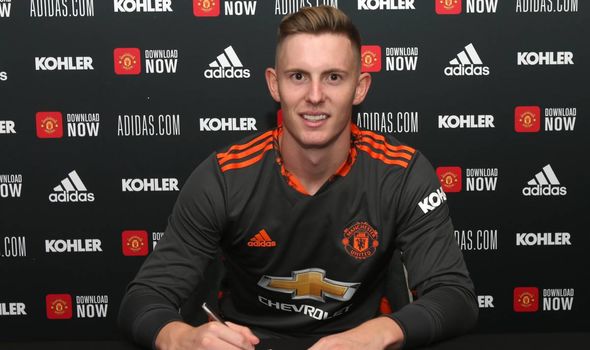 “Dean is a fantastic young keeper with the attitude and work-rate to keep improving every day.

“We are in a strong position within the goalkeeping department and that gives us the competition for places that we are looking for in the squad.

“Dean is another great example of the type of player who has come through the Academy and truly understands what it means to be at Manchester United.

“We are all looking forward to working with Dean and continuing to develop his talent.”