Manchester United star Cristiano Ronaldo has been told of a creative way to secure a move to a Champions League club in January. The five-time Ballon d’Or winner asked club chiefs in the summer to consider any serious offers for the 37-year-old, as Chelsea were linked as potential suitors for the Portuguese striker but a move failed to materialise.

Chelsea decided to sign Pierre-Emerick Aubameyang as their short-term fix to their striking issues but then opted to sack Thomas Tuchel and denied the pair a lengthy reunion, with the Gabon forward making just one appearance for the coach he had great success with at Borussia Dortmund.

Former Chelsea defender Frank Leboeuf has suggested that if new Blues boss Graham Potter does not see Aubameyang as the striker he wants to work with, they could turn their attention to Ronaldo and find a way around his high wage packet.

“I think he [Ronaldo] can serve another club,” Leboeuf told ESPN. “I would have loved to have seen him play for Chelsea, I think Chelsea would have been good for him because he would have been served, I don’t know with [Erik] ten Hag how it’s going to work.

JUST IN: Tottenham chief Daniel Levy warned he could be ‘held to ransom’ next summer 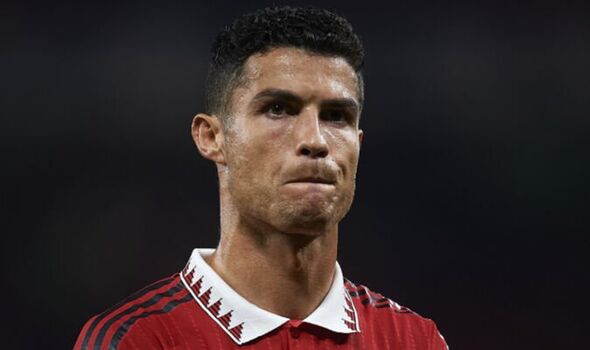 “I think he has enough money to go for free and I already talked about that when he was at Juventus, and he should have done that instead of trying to get more money, where everybody can agree that he has enough, especially with his endorsements.

“He doesn’t need a salary, let’s say, he can choose wherever he wants to go. Because everybody is going to be pleased to have a player like him, when they don’t have to pay him because he is going to serve. He can go to big, top clubs and I think he can serve the top clubs. 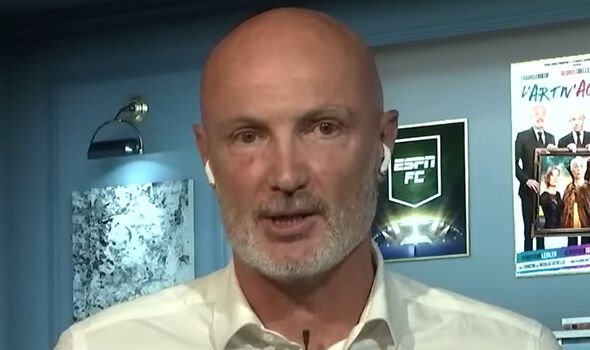 “If Chelsea can’t find the striker they want, if Aubameyang isn’t working for them, maybe he can go there if he goes for free. He would have the chance again to play in the Champions League, that’s what he wants. I wish him the best and I think he deserves the best because he has been one of the best, if not the best striker in the world.”

As Ronaldo has fallen out of favour with Ten Hag – and has not started any of the last four Premier League matches where the Red Devils won each time – he may consider leaving a large sum of money on the table in order to play in the Champions League.

However, Chelsea will still need to be in the competition by the turn of the year if they wish to convince Ronaldo to move to Stamford Bridge, and have taken just one point from their first two group stage matches against Dinamo Zagreb and Red Bull Salzburg.